September is officially upon us! The leaves are changing color, the air is getting cooler, and the pumpkin-flavored drinks are flowing…but that’s not all! A new month also means a new Community Member of the Month!

Let’s get to know @FelixLeiter! 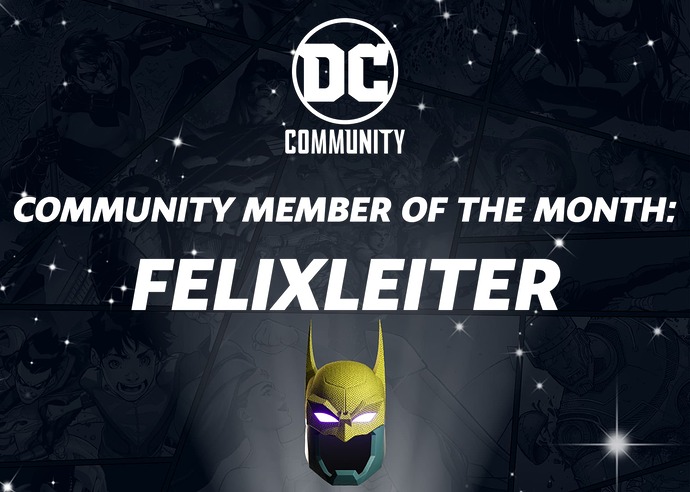 Superfriends. When I was a kid I watched that cartoon as often as I could and loved it. I loved the different characters and the different villains and the combinations that were possible. Seeing Aquaman with Wonder Woman in one episode and then seeing Wonder Woman with Superman in the next, seeing Green Lantern fight Scarecrow or Black Manta…you never knew what you might get in any particular story or episode. I had the Superfriends sheets on my bed as a kid (see below) so those characters were literally the first thing I saw every morning and the last thing I saw every night. 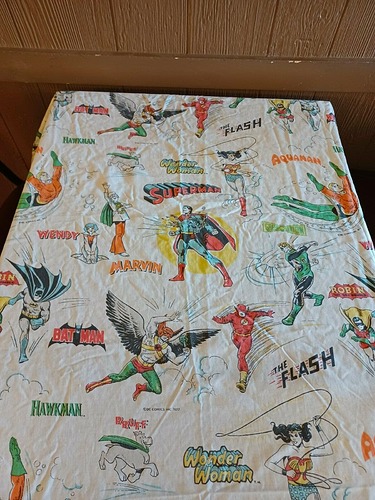 My favorite character is Hawkman and I have no idea why. Well, that’s not entirely true - he was part of the Superfriends and I tend to like things that are not mainstream so while most people may love Batman, Superman, Wonder Woman, Green Lantern or The Flash I opted for the other guy on the sheets and in the show - Hawkman. In recent years I’ve gotten to know him a lot better than I used to and he’s still my favorite. One benefit of having a favorite character that isn’t very popular - it’s easy to collect all the comics he’s in and keep up with his storyline! I don’t know how Batman fans do it!

I like (almost) all the DC characters a lot and will read just about anything DC puts out but Hawkman/Hawkgirl/Hawkwoman are the characters I buy merchandise of. I have at least 15 Hawk figures around the house, a Hawkman omnibus and collected books plus Hawkman shirts, coffee mugs, etc. He’s become my persona in the Bat Cowls NFT project as well and most people in that project simply know me as “Hawkman” which makes me smile every time I hear someone refer to me as my favorite character.

I try to read every

book that is posted on DCUI every week while also still going to the local comic shop and getting DC comics mailed to me from Subscriptions.DCComics.com and in addition to all of that I am trying to read all of the stories that lead into the ‘Dark Crisis’ event so that I’m ready when that story posts on here later this year (cannot wait!). And then there’s the Obscurity of DC Club that I try to keep up with (shout out to Jurisdiction who does a GREAT job with that club)…so “what books are you currently reading” is a very wide variety of books.

That said, here are few titles I am sure to read as soon as they either post on DCUI or they get released in stores:

Those last five I get mailed to me through Subscriptions.DCComics.com and every time one arrives it’s like being a kid again. Being excited to get mail - not a package from an online order but just something you get in the mailbox that you weren’t expecting that day - is something that always takes me back to being a kid and getting the latest issue of your favorite magazine or a letter from a friend. You can’t wait to go inside and start reading it and then read it again.

Are you currently watching any DC movies or shows?

I have pretty much given my free time to DC in recent years and am trying to get caught up on stuff I missed while also enjoying the new stuff. I pick one or two episodes of the following shows to watch every day or so and as a result it takes me a while to get through a series:

I should also mention that I listen to all the audio shows that DC is releasing as well. ‘The Sandman’ series on Audible was fantastic, ‘Batman: Unburied’ on Spotify was very fun and cool and I cannot recommend ‘Batman: The Audio Adventures’ enough. It’s on HBO Max and it is phenomenal.

What are you most looking forward to within the DC Universe?

‘Black Adam’. Hands down. I remember seeing the first teaser for it while I was watching DC Fandome 2020 and when Hawkman came on the screen I cheered out loud in my house. Ever since then I have been champing at the bit to see that movie and I plan on seeing it in the theater at least four times - IMAX, 3D, 4DX and “regular”. I haven’t looked forward to a movie this much in a long, long time and am keeping my fingers and toes crossed that I win the contest on here to have a private screening of it with up to 25 of my friends and family.

If there’s a Fan First Premiere of ‘Black Adam’ in theaters like there was for ‘The Batman’ please let us all know so we can take part. I want to see that movie with fellow DC fanatics and cheer with them as Hawkman finally hits the big screen!

What book would you recommend to the general DC Community?

Congrats to September’s Community Member of the Month: @FelixLeiter!

@FelixLeiter, you definitely deserve this honor! You continuously cheer everyone up and you are such a nice person! Your dm to me about our clubs still makes me smile every time I think of it! Like I said, you deserve this! Congratulations!

We’ll be adding @FelixLeiter’s book recommendations to the dc.com homepage next Tuesday (9/6)! Keep an eye out!

Congratulation @FelixLeiter! I’m really happy for you and love your books recommendation choice!

Thanks to @Jitsu and all the @moderators for picking me for this! I’m very honored to be selected and to get this chance to share a little bit more about my love of comics and all things DC!

Thank you very much! I hope you noticed that one of the books you turned me on to with your Obscurity of DC Club made the list of my recommended books/series!

Looking forward to your comic recommendations.

I’m doing the same thing with the Arrowverse, though I’m much closer to the finish line! It’s a great experience!

I often look forward to what you post, share or recommend - all with kindness, clarity and good humor.

Thank you for all of your contributions. Well deserved, indeed.

Hawks and Gotham Central (and Sweet Tooth!) this month!

I, Zombie - Completely missed this show when it was on but absolutely adore it and love it so much

I knew I liked you. Hope you enjoy DC vs. Vampires and Pennyworth, too!

Congratulations! And great recs! I love seeing what everyone considers to be their top 10 of all time, everyone always has such different taste and you always find something new. (Actually, I think last month we also had Gotham Central on the list, I feel like whoever gets it for October needs to continue the GC appreciation train.)