I’m looking for some recommendations in the vein of:

Basically, weird (and preferably funny with a cynical edge) takes on superhero comics. I’d like it if they were on DCU, but if you think I’d enjoy something based on my tastes, please recommend it. Thanks, all!

Justice League International 1987 the funny one

Love JLI. I cannot rec it enough if anyone reading this hasn’t read it.

Have you read any Howard Chaykin? I love American Flagg! It’s a classic. Cynical, sexy, adult, funny, and violent. 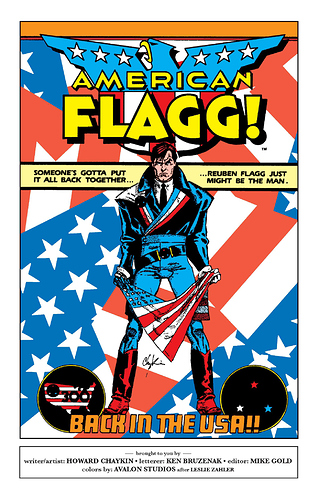 The Kate Spenser Manhunter series has a “realistic” street feel with plenty of cynicism ( too much?). It is a great read and recommended.

LOVE AMERICAN FLAGG! I own the Definitive Editions they did a few years back. They are cherished tomes on my bookshelf. Also, The Authority is excellent. Very much up my alley.

Love Planetary. Love Nextwave. It’s like Shakespeare, but with lots more punching!
I haven’t read Global Frequency. Would you mind giving me the gist of the series?

Wow. JRJR on art. I will check it out! Thanks for the rec!

I loved it. Some great cameos too, really great.

That Manhunter book is excellent. I really liked her in Event Leviathan, too, and I’m super pumped for the new miniseries Andreyko is doing with her.

Silencer is tied in with Leviathan events.

Cool! Downloading the issues to my tablet as we speak…

Cerebus the Aardvark. Cynical and hilarious. Be warned, the creator a Dave Sim is a controversial figure. 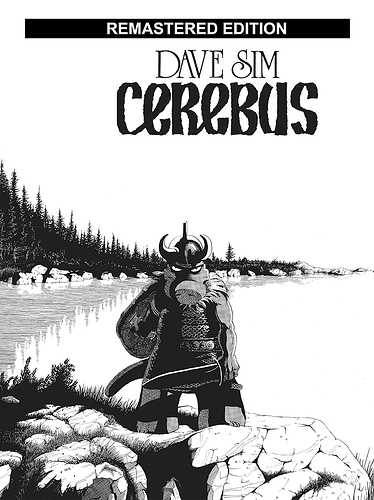 Cerebus is a book that I’ve always been interested in reading, but I’m somewhat uncomfortable with it because, well… Dave Sim. But, if you say they’re good, I’ll try and check them out.

The idea is that there is a women.who has a list of people with special talents and another women who keeps tabs on them when they go out on mission.who lives isolated and never ventures outside her computer center.

Each issue has a different team

One issue nvolves a super soldier who has been transformed into a monster. He gets off on murdering people a lot of people.

He has not yet left the military complex he was spawned from. He has killed everybody there. He is doped up and has a nuclear reactor inside him if I remember correctly.

We dont see him for a while only what he has done. Then there is a big reveal.

Recently we see both women in action. The computer lady is forced out of her home and must cope.

So no super heroes. Just people with skills against things like ghosts and aliens.