Isn’t it obvious? You start with a piffle and end with a paffle.

Barbara, Dick is the only interesting character she’s been with.

Mmm. I wouldn’t say that. 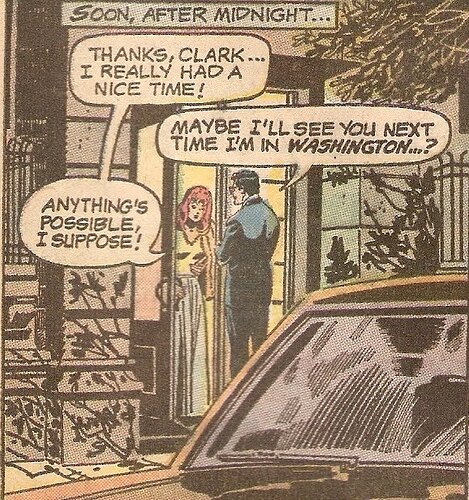 Babs and I did have a good night, that’s true, and its great that it was captured in comic book form.

Cyborg had a solo gig during Rebirth and was a starring character in Justice League Odyssey, so he’s got recent to relatively-recent starring pins on his hat.

Meanwhile, its been years since we’ve had a solo Firestorm book, and I think the world is ready for more solo adventures of Ronnie and the Prof.

I likely won’t have the Kenner Super Powers Cyborg

The current street price for that piece is mind boggling. I was able to re-acquire one, but not nearly as nice as the one I sold years back.

Maybe McFarlane SP will rectify the situation; I’m sure they’re aware of the original’s rarity.

Maybe McFarlane SP will rectify the situation; I’m sure they’re aware of the original’s rarity.

I would love to mosey into a Walmart and pluck a McFarlane Super Powers Cyborg off the pegs for $9.99.

Make it happen Todd and the DCD crew…pweeez and thanks.

Oh and uh, yeah, I’d say “Booyah!” when I pick Vic off the pegs, but only if I have the figure aisle to myself.

If the grouchy and old employee that eyed me when I said “Yes!” (thinking I had the aisle to myself, but alas, she was there, too) as I found McFarlane’s SP Flash on the pegs is around, I’ll say “Booyah!” to myself, so as to avoid her crinkled, crotchety and croupy glare.

@Detective7 I know you did answer this in Super Suit Polls somewhere.

I prefer my son’s black and blue suit. It looks more friendly and inviting like how wonderful my boy is.

I’m typically Team Black and Blue, but I’m also open to change, so I dug Nightwing’s black and red suit quite a bit, especially when it surprisingly popped up in the Nightwing and Superman: Son of Kal-El crossover from earlier in the year.

The black and red suit is by no means a bad suit, but I’m team black and blue for life. The red one seems more serious and dark, while the blue one is bright and cheerful.

What would you think of a suit with black, blue and red?

Bad timing. That is the colors of Putin’s puppets in Donetsk.

IDK…Nightwing would ably wear those colors when he goes to kick Poot in the toot, I think.

It would depend on how all the colors are incorporated into the suit. I would be open to the idea, though.

Yes, for example Superman still has red, but the suit is way too much blue now. He needs more read (also how about more white).

Superman still has red, but the suit is way too much blue now. He needs more read (also how about more white).

As Cousin Eddie once said at the Griswold family Christmas dinner table, “You serious, Clark?”

She is a lot of fun indeed. I love that she’ll take a story that you might not be able to get a read in on and comptely break it down. She’s got solid insights and you really come away more informed about the material than you were before watching the clip. Solid stuff!

Now what’s worse that or this? 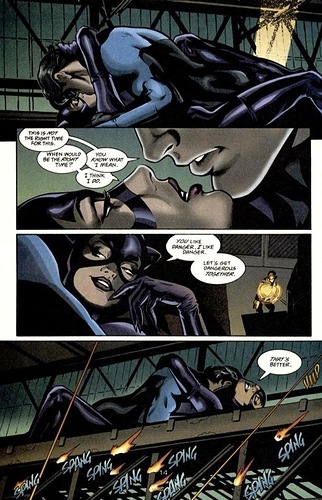 My bad @Daredevil- I meant to get to this sooner.

Oh, def this. Much, much worse.

I voted the “Kinghts…” stories because I particularly like the first half of “Fall” when it had been well established that Bruce was already broken down from years of fighting the issues leading up to it. It showed during the event, how he pushed past his limits. I also particularly liked the first half of “End” because it read like an old school Kung Fu flick as Bruce was being put through the wringer of masters by Shiva.