Bane’s minions have taken control of Gotham City and are ruling with an iron fist, and Batman is nowhere to be found…will the city fall to crime and violence? 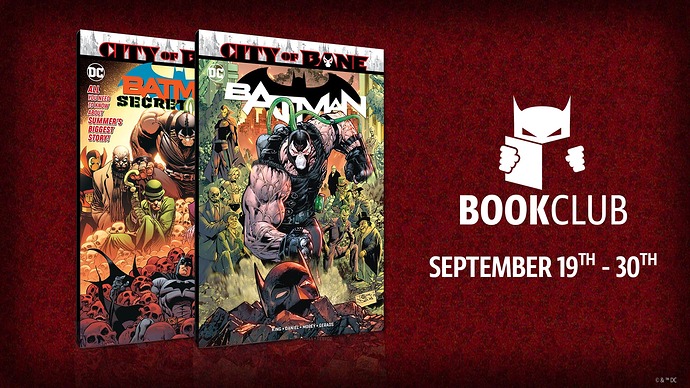 In celebration of Batman Day 2022, we’re kicking off the newest edition of the Official DC Book Club with Batman: City of Bane 1 and Batman: Secret Files! Join us on September 19 through the end of the month for a thrilling faceoff between some of Gotham’s most iconic (and deadly) characters.

Come back to this thread over the next two weeks to join group discussions, starting on Monday, September 19! And remember: these two books are free to read for all registered DCUI users!

Here are the discussion questions for this edition of the Official DC Book Club:

As always, the Official DC Book Club comes with these amazing digital wallpapers and bookmarks!

See you all on Sept. 19 for the start of September’s Official DC Book Club!

. One if my favorites.

Oh, cool. City of Bane is a good read. I don’t think I have read it since it first came out. I’m excited to read it again!

Just found out that Henry Silva who played Bane on Batman The Animated Series passaway, he was 95. Reading about Bane would be a great tribute to the Actor who played him.

My favorite cover from it is Tony Daniel’s piece for Batman #75. Its quite

For I like what Tom King was doing with Bane, especially in Batman Vol. 2, that was cool. Feel like Bane got little to no traction in New 52. I remember him in an issue of Batwoman and…that’s it ???

Good to hear. So…you support Bane in his ambitions in Harley Quinn then?

I can’t pick which of the two Clay Mann variants are my favorites.

Feel like Bane got little to no traction in New 52. I remember him in an issue of Batwoman and…that’s it ???

He had a little bit of action. Bane showed up in the first arc of Paul Jenkins and David Finch’s Batman: The Dark Knight. 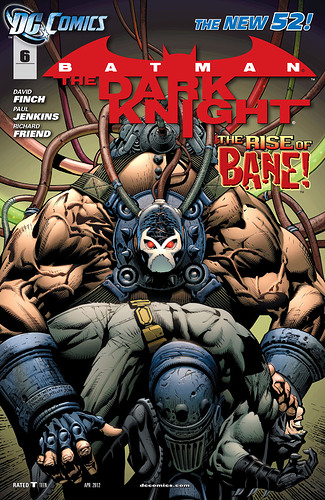 1073×1650 582 KB
He also had a tie-in mini-series for Forever Evil called Arkham War, where while Batman is dealing with the events of that, erm, event, Bane breaks out Arkham and Blackgate and takes over…Gotham…City…

Wait, that’s a really similar premise for City of Bane. Now that I think about it, City of Bane also had ties to a big line-wide DC event where the villains took center stage in Year of the Villain. 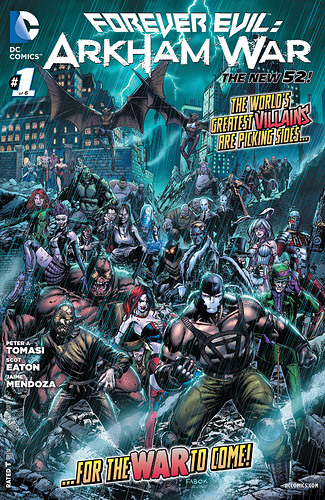 So…you support Bane in his ambitions in Harley Quinn then?

I can’t pick which of the two Clay Mann variants are my favorites.

Cut to the chase and pick both.

@Jay_Kay I loved Forever Evil: Arkham War! Almost as much as Forever Evil itself, and it was far and away my favorite tie-in to the event.

Definitely a solid start to the arc, which got a little long in the tooth as it went on, but the beginning at least is quite schway.

YES! I recall Forever Evil now, he like became Batman and even took the design from TDKR. But not The Dark Knight, but then again TDK run was kinda eh, it had so many ups and downs it felt like.

The first week of discussion questions have been posted!

I’ve always like Flashpoint bats suit. Like the mix of red and black. Give a more grim and intimidating tone that he’s going for.

Bruce. In his world avenging his death. Here to make sure he never has to be the Bat.

That Batman could easily rule it all if he wanted but chooses not too. He uses it to help people. It’s not perfect but he tries. Also a Scarface tease in Weskers head.

It’s Bruce. Bane wants the only bat to be Thomas. Anyone who says otherwise… we’ll they shouldn’t.

Interesting choice but it a way for the conquering villain to gain control and not have to worry so much any the others if they work for him.

I wish King had showed both how the whole transformation of Gotham happened, and more of how it works. The story feels a bit too big for just 12 issues.

I was watching something about City of Bane, and the guy said that King was planning for the series to be longer but his run got cut short.