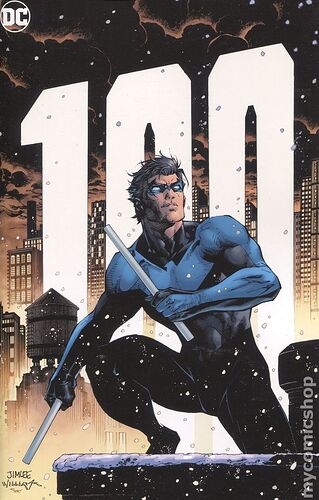 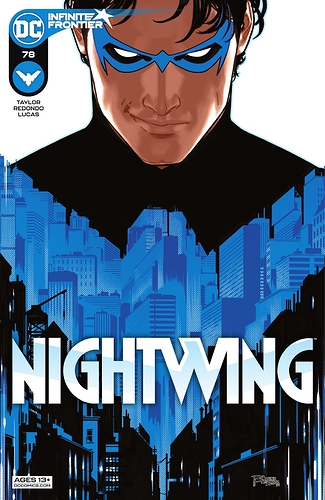 ALSO: While Tom Taylor’s run on Nightwing is the core focus of this thread, should anyone want to chit-chat about other Nightwing-centric reads (especially Chuck Dixon’s acclaimed work), you are absolutely welcome to do so. 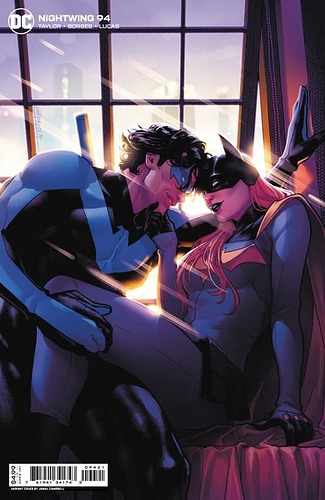 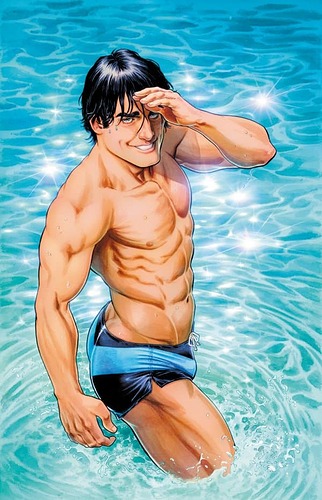 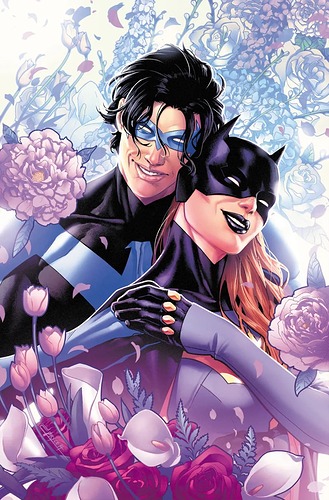 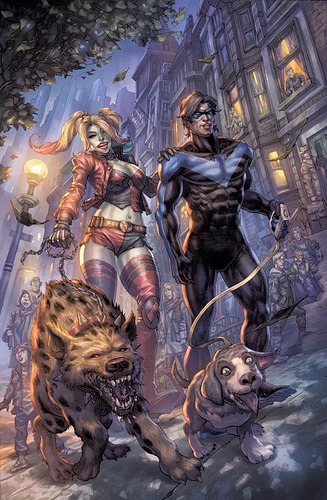 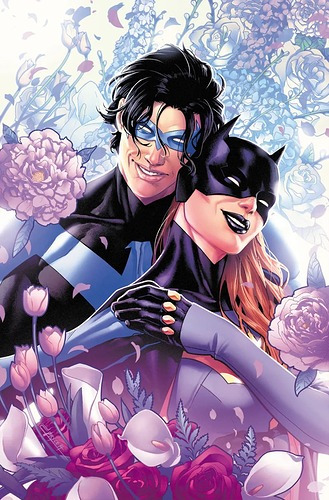 Nightwing #95 is on the stands and ready for your hard-earned sheckles!

A cover, by Bruno Redondo. 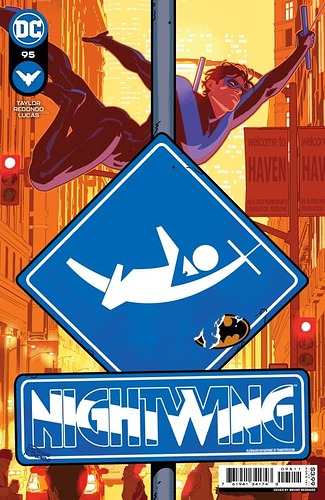 B cover, by Jamal Campbell. 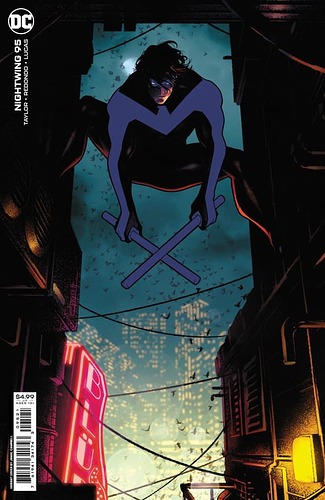 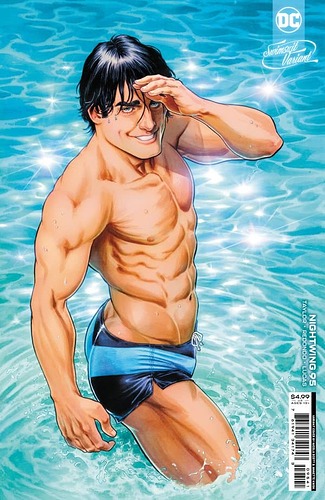 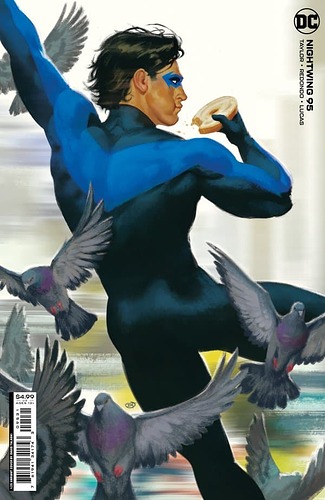 Chime in with your expectations and/or thoughts on Nightwing #95, part 4 of “The Battle for Bludhaven’s Heart”.

I liked the issue overall, although the bulk of my review may not give that impression, lol. The pacing was good, the art was great, the plot progressed in an unexpected way, and there were a couple nice character moments. I’m excited for the next issue!

However, I feel like I’m still recovering from the last onslaught of splash page cameos, so as much as a team effort makes sense for this particular issue, it just felt repetitive. The biggest surprise for me was the lack of yet another cameo (Jon) toward the end, protecting Haven. As much as I like seeing Dick as a leader, I really want to see Nightwing’s fighting skills and acrobatics take center stage in the field against high stakes. We’ve gotten glimpses in this run, and they’ve been amazing with this art team! If we’re going to get splash pages, then I’d rather they focus on the title character instead of his (at least partially) unnamed friends/allies.

Any theories on what happens next?

Heartless is going to show up. We’ve seen his lair with a big giant jar, and it would put the villain directly in Nightwing’s path again. Also, it would likely be more interesting than just having the heroes show up. I could see this happening two ways. 1. (My preference) Dick saves himself and defeats Blockbuster. Heartless comes along, taunts the fallen villain, then takes his heart. 2. Heartless pops up immediately and takes Blockbuster’s heart. There’s a Nightwing/Heartless confrontation/stalemate, thus setting Heartless up as the spotlight villain moving forward.

I’m probably wrong… and covers/solicitations can be very misleading or even completely unrelated to the content inside. Sigh. Anyway, I’m looking forward to what comes next. Also, for the annual! Bitewing: Year One squee