The full trailer has been released and it looks glorious! I’m very excited and watch this so that you know why you should be too! 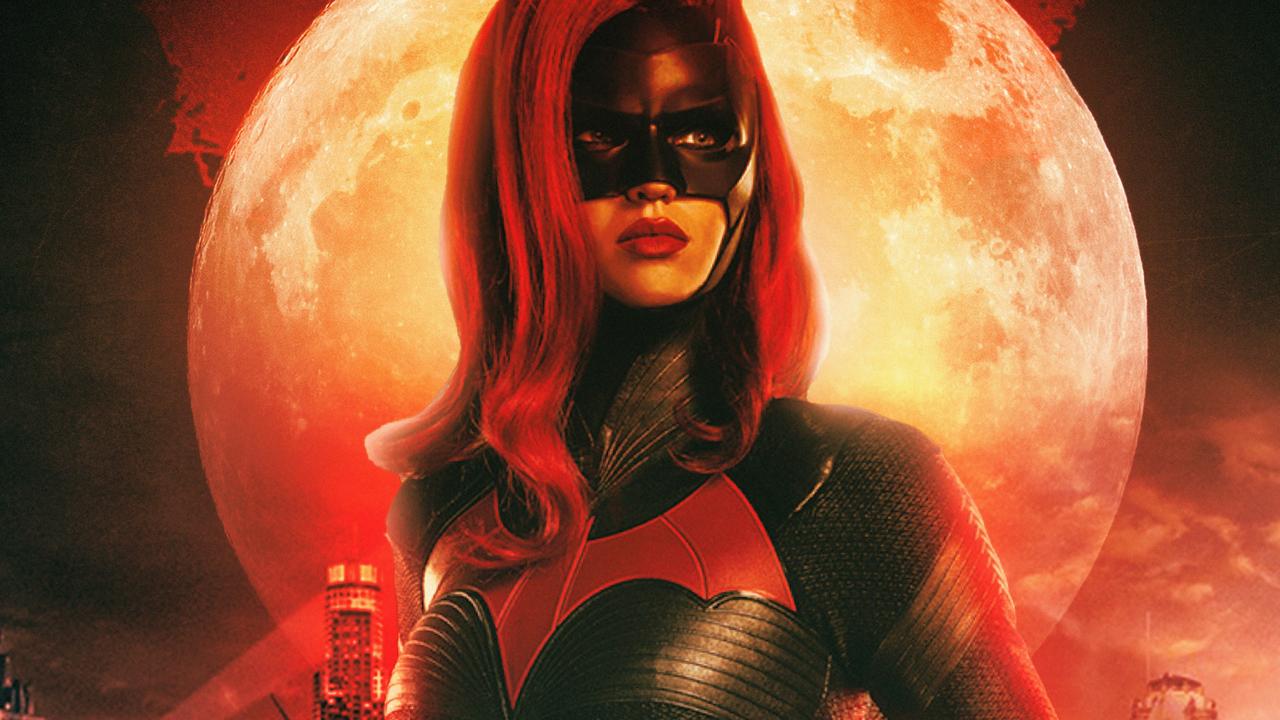 That’s some cringy dialogue even for CW standards

Everything is better on a woman lol

It’s been this way since the dawn of time. Kinda like that ole “When a girl sweats, it’s sexy, when he sweats, it’s not”

Despite some people claiming that was sexist, it didn’t make it untrue.

Part of why those lines seem so forced is we are seeing them in a two minute trailer. Even if this is all from the pilot her what… 10 seconds of girl power statements won’t see so big when inserted into a 45 minute episode.

Now I don’t think 99% of the TV audience gives a flying flip if a show has identity poloics or whatever, they jsut want to be entertained. But some might argue the trailer going so hard on the girl power might convince some guys “hmm… guess this isn’t really aimed for me, I will have to find something else to watch” which might be a risky move because superhero shows tend to be heavier on a male audience. But at the same time they did similar marketing with Captain Marvel and it made a billion dollars at the Box Office (and counting but clearly it has made most of it’s money by now). And most of the audience was guys so it seems unlikely that will chase off many fans.

To be honest while some of it looked a bit CW hokey, it looks entertaining and I am on board.

Guys aren’t the only ones turned off by hokey lines (regardless of topic). The line that annoyed me more was actually about Batman (‘a man’) taking credit for her actions… while she was literally wearing his armored suit and cowl. I mean, that doesn’t come off as ‘girl power/feminist’ to me, just dumb. Hopefully, such obnoxious lines will be limited to the pilot. (Disclaimer: this is assuming that Batman doesn’t actually appear in the episode and take credit for whatever Kate did after dressing up in his clothes)

I think people are over examining that scene to crongey levels. It is clear that she meant ot would be perfect when it could fit a woman cause she was planning to use it. If anything the last line about her not wanting a man to get credit might be more on the nose than anything. Also i tire of the female hero must face a female villain first thing they keep doing on cw.

CW can do better than this.

I love how people now repeat and toss around the very cliche, tired and laughable terms like “SJW” and pandering so much now. People hear buzzwords on youtube and fake clickbait articles and just parrot it back in an attempt to sound educated. Comic books. film and media have always had political, self cultural reflections. If you can’t see that, then please you don’t deserve to read/watch it. Go back to youtube and write down some new current buzzwords to use.

@MillaDMac What do you mean they keep doing? The villain in the first episode of Supergirl wasn’t a woman, and that is the only other CW Female led superhero show.

And as for the Alice thing, that was if I remember right (and feel free to correct me if I am wrong) Batwoman’s first villain when she had her solo run in Detective to start off her career headlining a book, and it is also one of if not the only more or less Batwoman exclusive villain. (Again not read as much Batwoman as others so if my facts are way off someone correct me.) so it makes sense why she is Batwoman’s first villain.

Shows off to a rocky start at best

Or a lot of people just didn’t like it… While trolls are real and could be the cause of the thumbs up/down ratio, the CW shouldn’t just dismiss the feedback without trying to understand it. They can compare those rating to other types of feedback, which provide more discussion on what people enjoyed or didn’t enjoy about the trailer. Some sites may also be able to track if a lot of votes came from a single IP address or something. Anyway, I’m not saying trolls weren’t involved, just that I don’t think the feedback should be dismissed as trolls out of hand.

@Mae, do you have any evidence that those dislikes are trolls? I disliked it and I am not a troll. I know other people who also disliked the trailer and are not trolls.

Same reason Captain Marvel was downvoted on Rotten Tomatoes before anyone even saw the movie. It’s not everyone, of course. But a large percentage of those voting it down are indeed trolls. It’s okay to not like something. When it’s concentrated like that and so significant and it seems to be impacting female-led properties (The Last Jedi also comes to mind), it’s hard not to think of anti-female sentiment among a lot of those who are thumbing this down. Superheroes are becoming more diverse but some feel it’s a personal insult to them that a superhero is not a straight white male. And when the trailer points it out (like the Captain Marvel trailer did as well), they feel it’s being “shoved in their faces” or “pushed down their throats”. It’s hopefully a fairly small group, but they’re vocal enough. They’re wrong. And they’re the ones causing controversies.

@Mae, people disliked the Batwoman trailer because it was cringe, not because it was a female. The people who disliked the Captain Marvel stuff were indeed trolls. But those were the minority. The trailers didn’t get dislikes because they weren’t cringe. People liked Captain Marvel. Most people hate Last Jedi because it destroyed a lot of aspects that made Star Wars awesome. It wasn’t because Rey was a Jedi, or else Force Awakens would have gotten more hate. But it didn’t. People are perfectly fine with female leads and characters. Or else Princess Leia wouldn’t be adored like she is. Or Ashoka wouldn’t be a fan favorite. Also if the mass majority of people hate female characters, why would Wonder Woman be widely regarded as the best DCEU movie so far?

“Cringe” is subjective. I’m a huge fan of the Arrowverse and I thought the trailer was great.

Yeah but the people who disliked the trailer thought it was cringe. That’s why there are way more dislikes then likes

The point I’m making is that if you didn’t like it, that’s fine. You’re probably not a big fan of the Arrowverse in the first place. I’m saying that the fact that this trailer pointed out it’s a female hero made a specific segment of the fandom do their “eye-rolling” not because of any content in the trailer but just because Kate said she’s a woman. This should not be defended.

Why does the trailer have to ‘point out’ that Batwoman is a woman? It’s in the name, and audiences can see the character is female. Why would a character wearing someone else’s costume accuse that someone of taking credit for work done in that costume? From the trailer, that’s all we get, so Kate comes off as annoying and spewing stereotypical gender statements. Hopefully, in context the scene plays better, but this trailer is how the CW chose to showcase their new hero. I’m not saying the fact that she’s a woman has to be ignored, but there are various ways to show that a character is [insert characteristic] without the character having to comment on it multiple times in the trailer. For example, I thought the trailer did a better job of showing Kate’s sexuality.

Also, if people feel a certain way after watching something, I think it’s important for studios/networks to try to understand why instead of just saying those feelings are wrong. Other posters have pointed out ways a couple of lines could have been tweaked in the Batwoman trailer, which would have sounded better in the context of the trailer itself and less off-putting to potential viewers such as myself.

As an aside, I find the examples above interesting because I didn’t really like Captain Marvel or Last Jedi. For the first, I thought too much time was spent with Vers instead of the Carol I like, and amnesia plots generally are not my favorite thing. For the second… the blue milk thing. Gag. I also didn’t like Poe’s story or the extended casino stuff.