My First Comic Book Convention: The Writers and Artists

Today was my first ever convention and it was amazing! I met so many of my idols and was able to talk about so much! 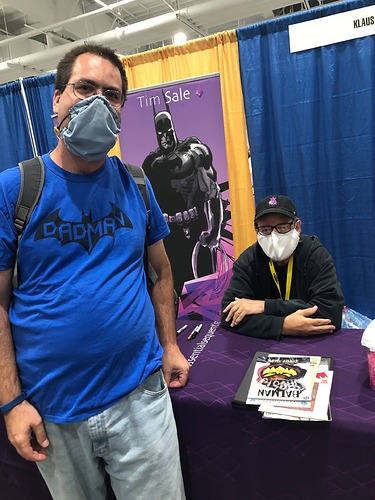 image1920×2560 358 KB
Tim Sale. Not only did I meet him I showed him my Long Halloween pumpkin drawing made of tiny pumpkins! 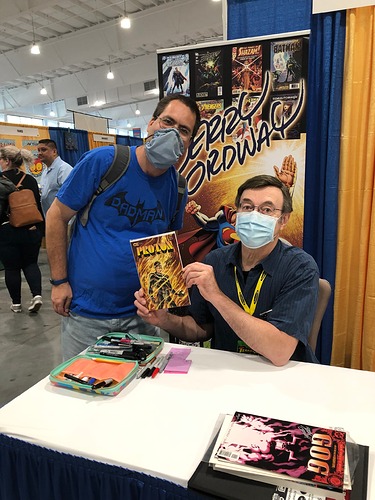 image1920×2560 412 KB
Jerry Ordway. I showed him my drawing of AntiMonitor hiking through the mountains. He told me I should do a whole series of the villain doing ordinary things like going to a ballgame catching a ball. I told him it would like a tiny dot in his mitt and he said he would take up the whole stadium. 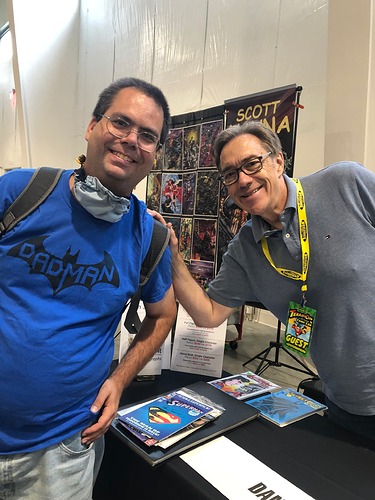 image1920×2560 394 KB
Dan Jurgens. Nice man, he signs two items for free and anything else he asks to donate what you can to the comic creators charity. 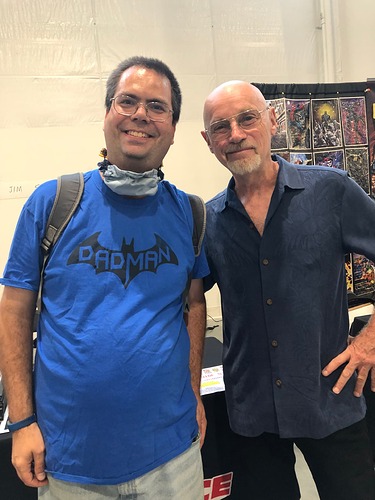 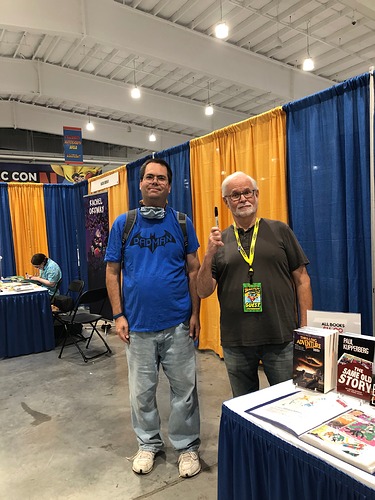 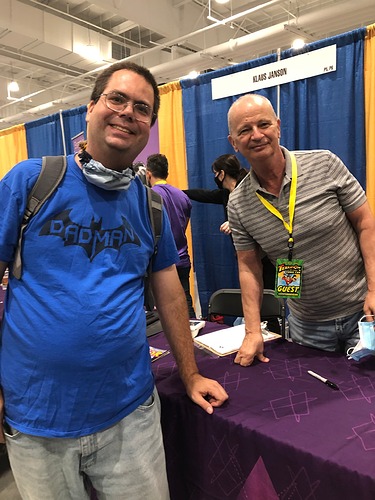 image1920×2560 382 KB
Klaus Janson. I told him how I like to draw and emulate others especially in shading. I said I even tried Kirby but he was different and he agreed there was no one else like him. He then asked me what artist I liked best and I couldn’t come up with an answer in the spot. 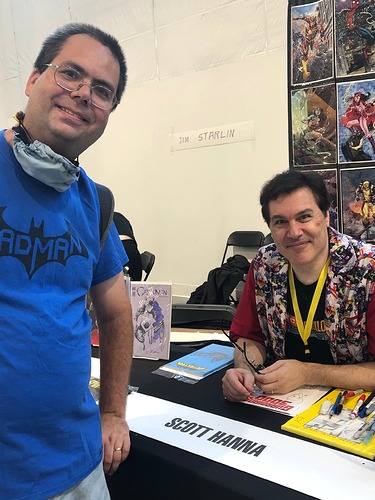 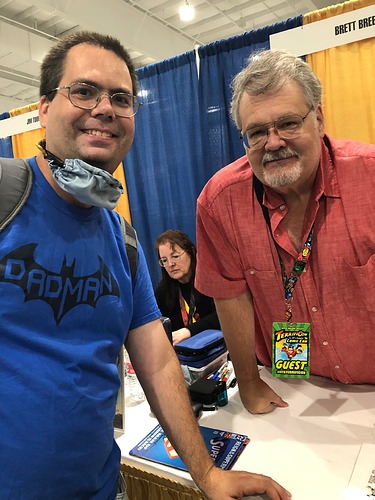 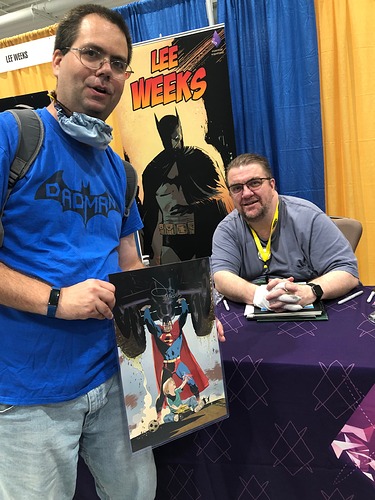 image1920×2560 403 KB
Lee Weeks. Easily the nicest guy there. We talked about the backstory to a story he drew. He looked at my sketches. He then asked my kid if this was the first convention. My child said yes and I said it was mine too. He proceeded to let each of us select a large print each for free! They normally would’ve 20 dollars each. He even signed them!!!

I also met and got autographs from the Marvelous competition but I wanted to showcase DC here.

Wow, awesome! There were a lot of classic creators there and you got pictures with them all.

How was the overall crowd? Was it packed with people or was there room to walk around?

Whoa! What an amazing line up to meet for your first con!

I thought it was a great amount of famous comic book people and I was surprised to see them all. Not one said no when I asked for a picture with them.
It was not too bad when we arrived but then more people. However when we left it was more crowded in the main section where they were selling stuff. Artist alley was pretty clear and the TV movie section cleared out by afternoon

Thanks! It was cool

It was great! I couldn’t believe all the ones I met

Awesome! Looks like you met a whole bunch of cool people and had a great time. Congrats!!

Awesome!!! Looks like you had a great time @ImpulseMaxMercury.

Another great report @ImpulseMaxMercury.
You met some real legends!

Congratulation, glad you’ve got to meet alot of celebrities!

Whoa, looks like an awesome first experience @ImpulseMaxMercury! Thank you for sharing. Here’s to many more!

Dreams do come true. You must have had a great time. Good for you! And I am jealous of you for getting to meet Dan Jurgens, Jerry Ordway and Jim Starlin. Three of my all-time favorite creators. WOW!!!

I know! And the waits to meet them were not that long. In fact I walked right up to Jim Starlin. Very cool