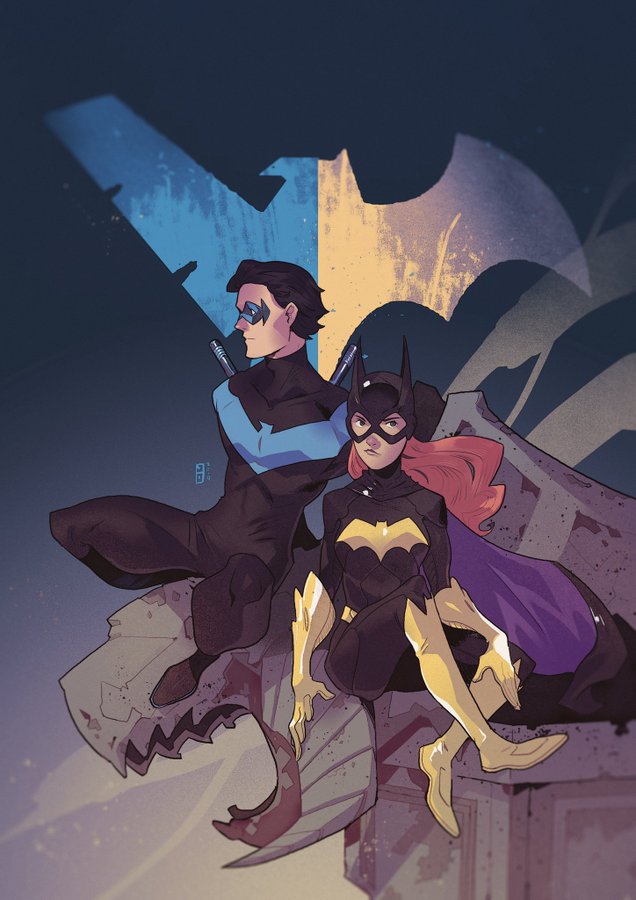 It’s time. The results are in. The numbers don’t lie.
With Nightwing bringing in 67% of the votes in his category and Batgirl bringing in 88% in hers, it’s time the respected winners face off against each other. So I ask you, who is Batman’s most ACCOMPLISHED protégé?
Be sure to let us know who you picked and why they deserve the title of most accomplished.

Babs all the way. She soldier on after she lost the use of her legs and is still just as good as she was a Batgirl. And for that, she is more accomplished than Dick.

Robin > Batgirl
Nightwing < Oracle, but because Barbara went back to Batgirl in the New 52 Dick wins my vote.

Guys this is tough… and this is my poll! I’ve yet to vote because every time I’m about to choose one my brain makes a very valid case for the other one. Hmmm

See, I told myself the same thing and then I remembered Dick has stood in for Bruce and took on the Bat persona so many times to maintain a balance in Gotham. I’m not saying that makes him the winner, but that is something very important and something Barbara could never do.

I definitely see where you’re coming from, but I’d argue that that’s not Babs but more so the writers fault. I don’t think you can measur Barbara by the length of time she was oracle and batgirl but more so by what she did with in that time.

I missed the earlier polls. How are we defining “accomplished”? Most villains defeated, or something else?

It’s vague intentionally! Consider everything these two have accomplished in every iteration and Ask yourself, if Batman could only choose one protégé to keep, who’s most deserving?

To further elaborate, both emotional and physical accomplishments are valid.

I am going with Barbara because as Oracle she has helped defeat a lot more villains than Dick. She has even had a part in some of his victories.

Again, can’t disagree. But here’s what I keep getting hung up on, yes oracle helped Batman and Nightwing countless times, but are we assuming that without her help they weren’t capable? Again, I’m still undecided and I agree Babs has been involved in everything even when it’s just as eyes and ears but Nightwing has done a ton as well given all his iterations from boy to man.

Here’s the thing. Nightwing is arguably one of the best hero’s in the DCU. He’s not my favorite, but I recognize the argument. I’ve stated before that he’s pretty much a more well rounded version of Batman. He can do pretty much everything Bats can do with 80% less brooding, which leads me to my next point. This guy basically embodies aspects from each of the Trinity. -He’s got the charm and leadership of Superman. The compassion and love of Wonder Woman and determination and will of Batman, along with quite a bit of other admirable traits.

-He’s filled in for Batman and kept the Gotham criminal underworld at bay in his absence.

-He survived being Robin.

-He’s went on to defend his own city.

The thing is almost all of the same could be said for Batgirl. And given her run as Oracle, she has arguably been involved in taking down more criminals than Bats and Dick. She’s been commissioner. She survived being paralyzed along with countless other tragedies and she also held onto herself.

It’s a really hard call but I feel that given Nightwings ability to walk and run and remain at the front lines ready to fight, it just gives him an edge over someone who’s paralyzed. (No matter how valuable they are behind the computer and mic.)

And I’m really trying hard not to act like over coming what Barbara did was easy. I just think if we’re considering everything, all iterations, Dick was shot in the head…

So I’m going to stop ranting and choose Nightwing. But for some reason I don’t feel right about it haha.

babs was batgirl, oracle, ran and CREATED her own superhero team, mentored two different batgirls, overcame her attack from joker, never let her wheelchair hold her back,kept a secret identity from Amanda waller, and a bunch of other awesome stuff that I don’t have time to list

I never knew she was able to keep her identity hidden from Waller! That’s awesome. Like I said, there’s definitely a case for her. I think Batman would be happy to have either one. I think the tougher call is choosing which he wouldn’t want more haha.

This is really really hard.
I’d have to say Dick. He seem the Kay comfortable being Nightwing and with everything things he’s done. While Babs accomplishments still struggles with whether to be Batgirl or Oracle. Until she accomplishes that’s I’d say Dick. (Unless she has and I haven’t read it yet

Nightwing, could stand on his own, Barbra could not, no pun intended. Nightwing could stand in for any member of the JLA if needed, Barbra even before the Joker , was not at that caliber of Hero, she makes a great Oracle, because, she is the sidekick behind the scenes. She is the best at behind the senses, making her one of the best support charters of all time, but no where near the Hero Dick is.

Has Dick served in Congress?

Didn’t think so. Babs did it AND continued being Batgirl at the same time.

Barbra can stand actually hold herself up with arms and is perfectly capable on her own, it is easily argued that in birds of prey original pre gail simone Black canary is the sidekick and babs is the main hero. Dick let joker get to him and almost killed Joker in revebge for tim supposed death/Jasons death. Barbra OVERCAME her trauma and the joker which is the most powerful thing anyone can do