Let's talk about this OFFICIAL image of Nightwing

This image is trending on twitter and I don’t know how to feel.
What do you think?

REMINDER THOUGH: KEEP IT PG! 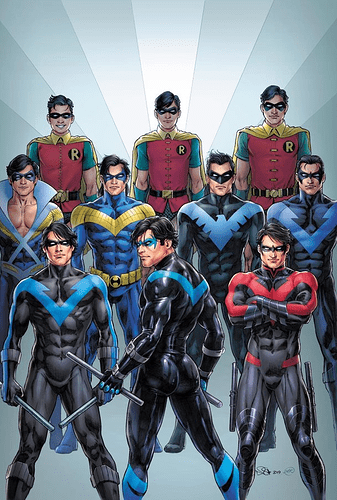 Dick has been a beefcake for a while now. I’m fine with it.

Is it official? Nicola Scott did similar ones for Superman and Batman for Action/Detective Comics #1000, but then she did one for Wonder Woman that was more for her own enjoyment. I figured the same held true for this Nightwing.

I think it is.

Well, I looked at her website, and in her art section under “Other DC Related Work,” it’s not listed as a cover like some of the others in title or tag, but under the name “Temptation.” And on her Facebook when talking about the completed picture she called it a “con print.”

So at this point I’m about 90% certain it’s Nicola doing her own thing like she did with her Wonder Woman print. 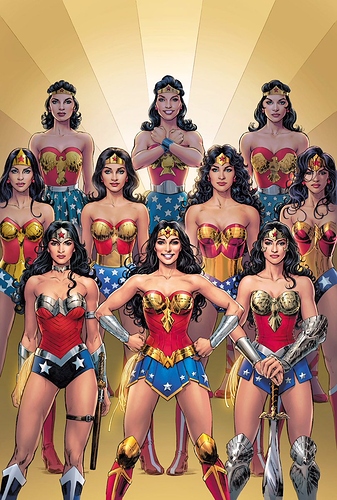 Nicola Scott’s art is amazing she can draw whatever she wants. Her covers for Action 1000 and Detective 1000 are probably my favorite variant covers.

The art’s good. No complaints. I mean, is it about the butt? Sex appeal is kind of stitched into Nightwing. Honestly if there wasn’t at least one hot pose in there I’d be surprised.

@biff, I know! It’s like he doesn’t even want to go to a disco anymore.

No one would even comment on this if it were a female character, but it’s Nightwing, and suddenly everyone’s all “OMG a butt!” Like… it’s just a butt. It’s the butt that won Meta Madhouse, but it’s just a butt. Chill. Butts are a good thing. Much like opinions, everybody has one, and some people’s are better than others, and Nightwing has long been considered one of those people.

It is kind of sad that the disco collar is legitimately one of his better costumes. Not that it’s not awesome in a hilarious sort of way, but the only one that I’d say looks better even unironically is the fingerstripe suit.

I think the mullet’s growing on me. Do I need an intervention?

I dunno, I think there might be more controversy if it was a woman character in this pose.

@biff_pow They have donuts there…

Always have loved the mullet