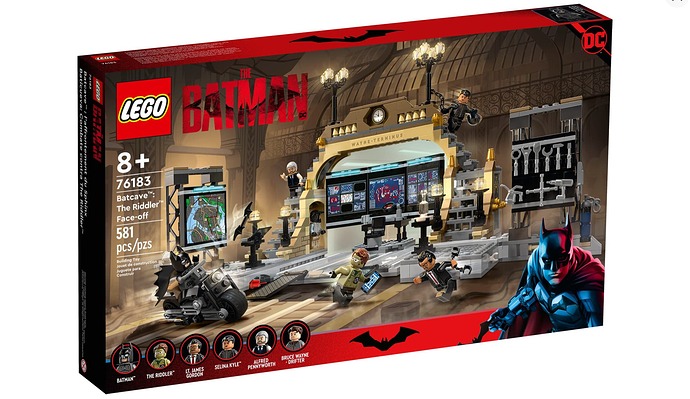 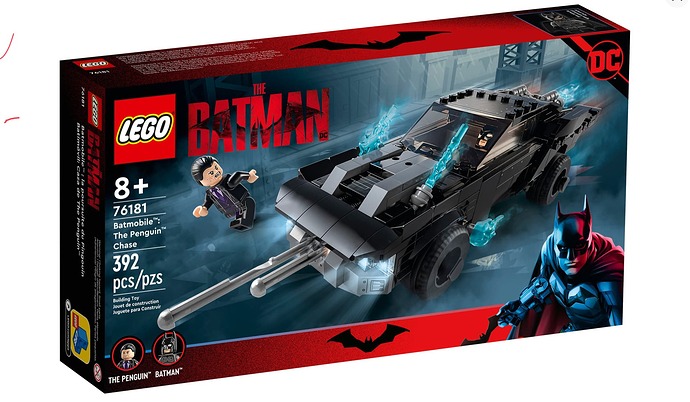 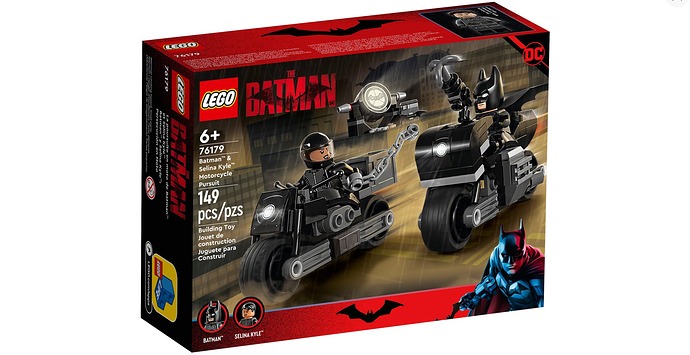 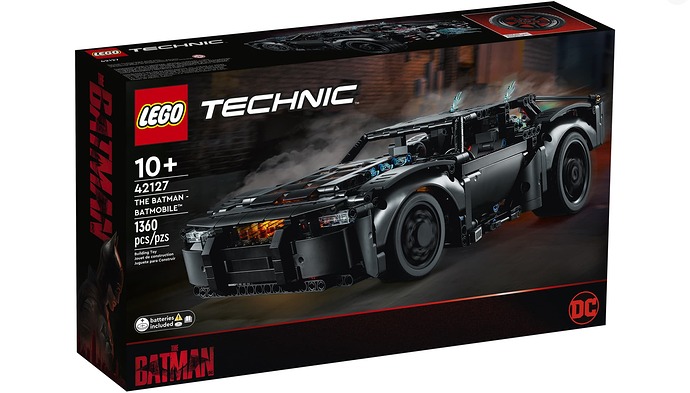 I just saw these, too. I don’t think I’ve been quite so underwhelmed by a whole line of LEGO sets in a long time. I get that Batman builds in black, and that The Batman is not going to be a very cartoonish incarnation, but these are all just very meh to me. The Batcave has some cool play features, and I’m curious to see how the movie represents this whole “Wayne Terminus” thing, but it feels like part of a larger set, with large chunky pieces to scale it up with a lower piece count (yet still $80!). I can’t help but wonder if there’s a big ol’ Wayne Manor set coming that might have too many spoilers to release prior to the flick. 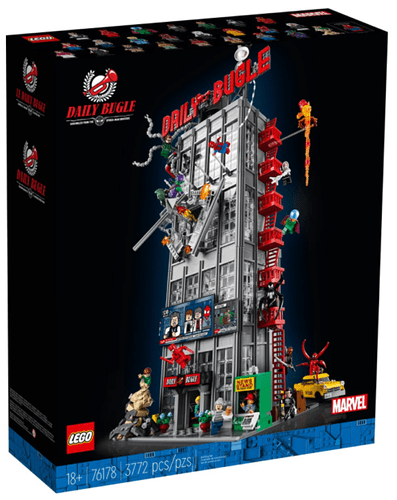 Well, I guess I want both.

LEGO has had a DC Comics license for ages (compared to Marvel licensing which all was secondhand through movies and TV shows) and we’ve gotten three different Batcave sets (not to mention The LEGO Batman Movie version, the 60 TV version, 2 Juniors sets, and 3 DUPLO sets) but no Wayne Manor. There’s tons of (huge) MOCs that people have done, but nothing with that office set playable feel. I’m just thinking that this “Batcave” set feels like it’s meant to attach to a Wayne Manor, maybe, and that would be a long time coming.

But, yeah, a proper comic style WM would be even better. And now that you’ve brought up the Bugle, give me a Daily Planet and a Temple of Aphrodite to complete the architectural trinity.

I was hoping there’d be another comic book cover set “exclusive” to FanDome, but now I will be happy with a Bugle scale announcement. (Though it seems they might just be promoting the big ol’ Tumbler set as a FanDome thing…)

Only complaint is that the Batcave set seems pretty unreasonably over priced. Almost 14 cents per piece is crazy high and none of the other sets seem to have that issue. Maybe because they’re new mini figs, but even then there doesn’t seem to be any custom/new pieces. Just new prints. I don’t know, probably some weird licensing thing.

Almost 14 cents per piece is crazy high and none of the other sets seem to have that issue. Maybe because they’re new mini figs, but even then there doesn’t seem to be any custom/new pieces. Just new prints.

I noticed that too. Doesn’t seem to add up. Most of those look like stickers, too, at least in the promo art. Maybe it’s the hidden cost of the secret decoder plastic from 1955.

Definitely possible. Could also have to do with pieces that aren’t used much/not available in bulk from their current supply. Either way, I don’t think the build itself justifies that kind of cost. It’s cool, but not much displayability for me at 80.

Probably a ton of fun to play with if you’re a kid tho. 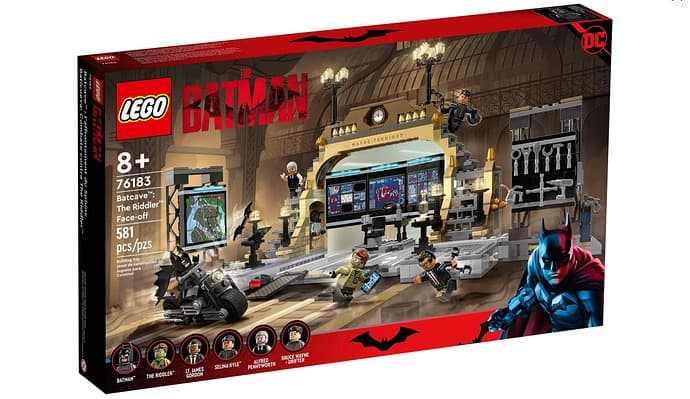 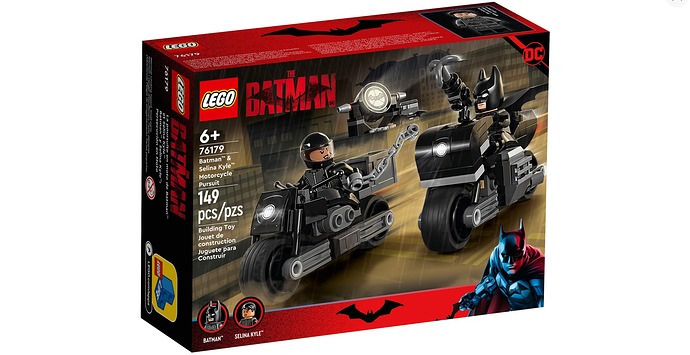 Yesssss I’m super excited they all look super cool it’s gonna be hard for me to pick my favorite to get!

Look awesome, can’t wait to see the movie on my Birthday, finally I get a Batman movie on a Birthday to watch at a movie theater!

the sets are now available for purchase

I love Legos, so these are neat to see! My favorite part is how the “Penguin Chase” appears to just be Batman running down Penguin with his car. I had a feeling this movie was going to be dark and gritty, but wow.

“And if any of you upset me, I’m gonna run you over with my car!”

When I picture “Penguin Chase Lego set” I have in mind a Batman Returns style set, with a little Danny DeVito on the back of a giant mechanical penguin or something. This is slightly different.

Lego from the Burton/Schumacher quadrilogy would be so cool.

I’d definitely snag a set or two from each movie, especially most anything they’d do for Batman Forever.

SN: I know Lego has made the Burton Batmobile and Batwing, but I’d like to see other sets from Batman.

Maybe an “Alley Battle”, with Batman, Vick, and two Joker goons (including the one that fought Batman with swords)?

Batman Forever and Batman and Robin would make some amazing Lego sets. I feel like Lego could use lots of colors for the very first time if they wanted to.