LEGO usually seems to have a way of bringing out more personality in DC’s characters than the animated or live action shows/films do. Anyone who’s familar with LEGO’s DC stuff knows this isn’t just an opinion.

I’m curious as to if anyone has watched The Lego Batman Movie? Or any of the DC related LEGO movies? Played any of the Lego DC games? If you have not, I recommend them as they may show you a new/different side of your favorite DC characters. (If you’ve seen my other posts mentioning the Lego Batman games and Lego DC Super Villains, you probably already know that I place them as equals when compared to the Arkham series).

It’s strange also because the characters are that much more pronounced, I’m drawn to different characters. As you may already know, many of my favorite DC characters are by default: Strong female characters but in the LEGO DC world, I’d more drawn to Deathstroke and Deadshot, some Clayface as well. Why, I ask myself?

I think it’s how the character animates and flow that changes everything, not to mention LEGO’s unique brand of humor which us mostly kids friendly but sometimes throws of hidden undertones of adult humor as well. Very different from DC’s stories.

Are LEGO DC’s stories just all warm and fuzzy? No, they can be really deep, brutal and emotional. So that’s just another reason to give them a go, yeah? Yeah!

It also doesn’t hurt that LEGO uses DC’s most loved voice actors/actresses in their cartoons, movies and games. 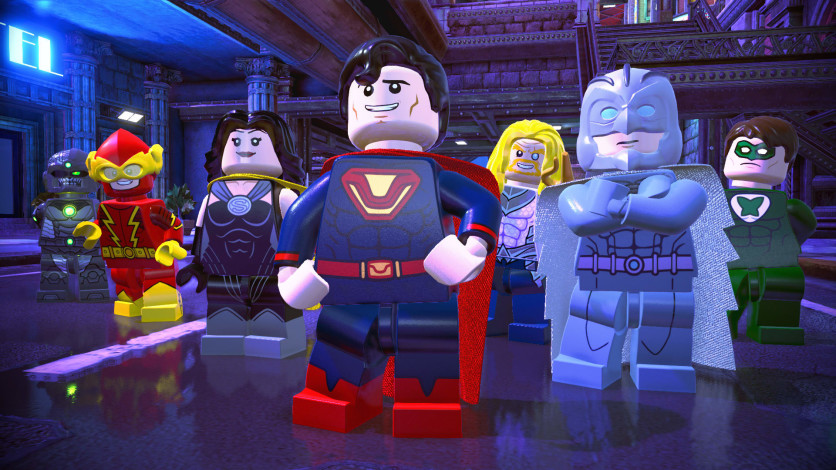 I really like Lego DC properties. Lego movies in general are pretty good and I love how they incorporate DC into the mainstream movies. Seen all the specials and played most of the games. Only bc my kids have gone from watching me beat games to them beating them while I watch. Made a suggestion there should be some type if original Lego programming on here

I think I have watched all the DC lego stuff. I love it! Their writers are phenomenal at observing the DC verse and pointing out the silly stuff and turning it into comedy, but also at finding the core of the characters and doing them justice. I really hope that the DCSHG reboot doesn’t mean an end to Lego’s involvement in the property.

I’ll love Lego DC forever if only because they gave us Billy Dee Williams Two Face. And Kate Micucci as Clayface! I wish she played him in the games, too.

The Lego DC movies and shows definitely deserve to be here, no clue if they ever will due to some rights thing.

The Lego DC movies are awesome!! They can be serious thematically while not taking themselves to seriously. They show how truly versatile the characters are. That you need not sacrifice serious issue story lines by doing some comedy as well and layering the comedy, as old school WB cartoons (Bugs, Daffy, Elmer, Porky, etc) could do as well.

Furthermore, I wish that on of the multiverse Earths was the Lego Earth. Actually put them into DC Canon and continuity. They are THAT good. They have EARNED a place in the canonical history of DC. If the Crime Syndicate has, Lego certainly has.

DC characters (much more so than Marvel) have the ability to be fun and playful along with being dark and gritty. They are more rich and flexible characters. Compare Lego JL movies and Lego Avengers movies. JL kicks Avengers butt in being more fun, and more true to the characters and able to generate richer story lines.

I played the first two LEGO Batman games, they were sooo goood.

Lego DC and Lego Marvel games are up there with my favs, sometimes they even do some 4th wall break stuff.

It’s the little things like Scarecrow telling Sinestro how he loves his work, Lex making a brick disruptor, Brainiac shrinking Lego pieces so they’re small enough for his little lego hands to hold then unshrinks them to huge structures, Joker flirting with Batman to make him mad lol Things like that.

Redhood, you gotta play Lego DC Super Villains because well… Red Hood is in it!!! Lol

I just posted a question regarding Lego DC on the service to AppleJack’s office hours thread. Maybe…just maybe we can get a hint if it even MIGHT be coming.

Lego Batman was produced by Warner Animation Group and distributed by Warner Bros. so it’s somewhere “under the WB umbrella”.
Lego Batman: The Movie – DC Super Heroes Unite was produced by Warner Animation Group & TT Games Limited and distributed by Warner Premiere. All of those companies are “under the WB umbrella” as well.
The legobatman.com is hosted in the US (Amazon in Oregon) and the contact record (MX record) for those IP addresses point to a warnerbros .com address.

I take all this as hopeful, they might end up here one day.

They may be to new for the service to put up. “Lego Batman: The Movie – DC Super Heroes Unite” was released in 2013.

I’ve seen all of the Lego movies and they’re tons of fun.

LEGO might be the only thing I’ve been a fan of for longer than DC (I can’t quite remember, but it’s close), so I 100% agree. I’ve got a LEGO Batman minifigure next to my keyboard right now.

Love the games, too. Haven’t had a chance to play Supervillains, but I also have a birthday coming up, so you never know.

And I mean, the characters aren’t quite “themselves,” because they’re all rewritten to be funny, but that’s not so much a problem as part of the fun.

I can only imagine putting Lego on here would only draw in more subscribers as well as it broadens the demographic!!

Lego may have a say in where content featuring their brand and trademarks ends up, with WB saying “Okay, sure.”

I’d love to see the Lego DC flicks here, but again, they and WB probably have to reach an agreement before that content is placed on any platform.

My kids just finished DC Lego super villains at around 40 hours. I told them if they want the season pass they need to unlock every character and hit 100 lol. Gotta get my money’s worth lol. They just started the Lego second part game and it’s an interesting change of gameplay.

I have played LEGO Batman, LEGO Batman 2, LEGO Batman 3, and LEGO DC Super Villains as well as completed them all 100% . the first was a little more based on TAS. The second was kind of a cooler random story unrelated to anything I’ve seen, so there’s that. The third is probably related to comics. The last one is very related to it, they even said they went with their comic related looks for everyone too

I got 100% in Lego DC Super Villains base game but haven’t yet bought the season pass. I really want that BTAS story/character pack dlc!

What I also like is how Gotham City is literally in the shadow of Metropolis and in front of the waterfalls… well, explains why it’s always dark and rainy! Lol 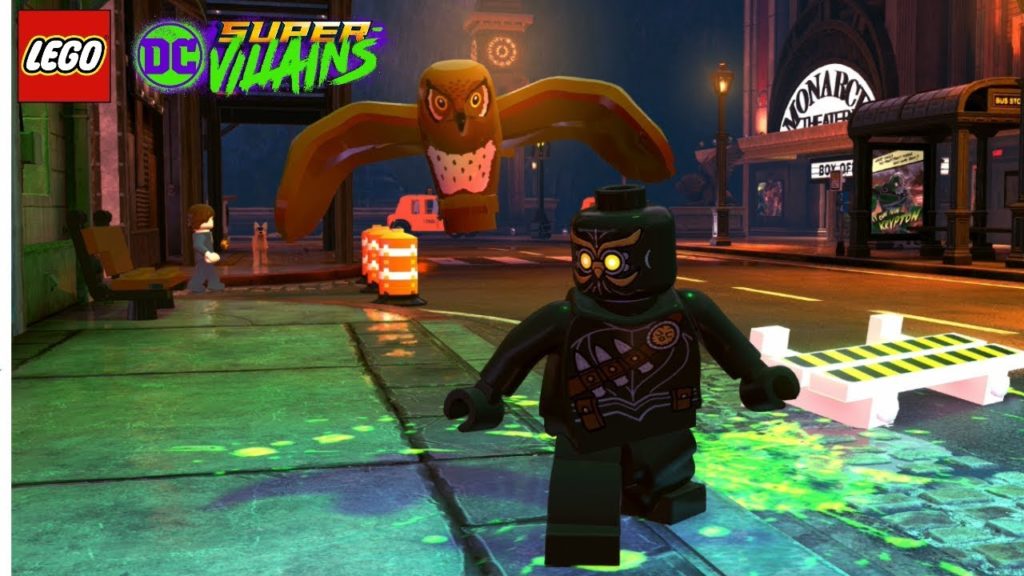 I do like that map feature. I don’t usually buy dlcs but I saw they had man bat and mad hatter and the classic joker+Harley quinn+two face and I had to buy it

Lego Batman 2 is actually based off of the Lego movie called:

Not to be confused with “The Lego Batmam Movie” which is still the most popular Lego film.

Cristopher Cory Smith is a good Joker, he did really well in Lego Batman 3: Beyond Gotham. Quite different from Mark Hamill, I think he was trying to imitate Hamill’s Joker at first but it evolved into something different - if I remember correctly.

Troy Baker did Lego Batman/Bruce well enough but it didn’t have that mature feel that Kevin Conroy delivers.

I cant explain how much I love this thread​:clap: