Larry Storch, Voice of The Joker on The Batman/Superman Hour, Has Died

Larry Storch, who provided the voice of The Joker on The Batman/Superman Hour and two episodes of The New Scooby-Doo Movies, died early this morning at the age of 99. Of course, he may be best known as Corporal Randolph Agarn on the classic sticom F Troop. He also voiced Phineas J. Whoopee on Tennessee Tuxedo and His Tales. I never met Mr. Storch, but I understand that in addition to being immensely talented, he was also really nice. I know 99 is a ripe old age at which to go, but I still can’t help being sad. 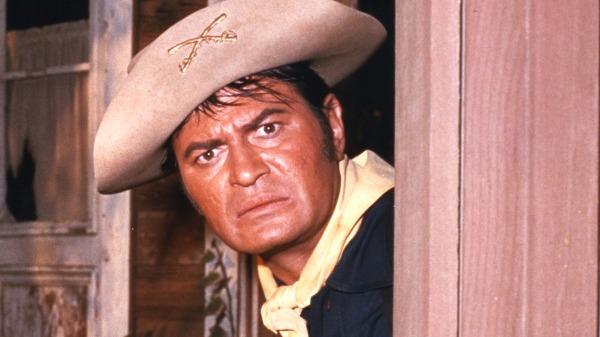 Great friends with Tony Curtis and Don Adams, he also voiced Phineas J. Whoopee and did one heck of a Cary Grant impression.

Sad news, yesterday James Cann, and today Larry Storch. May they both rest in peace.
But I can’t help myself, and must quote the great Corporal Randolph Agarn: “…I told you, Dobbs, not where there’s open food!” He made me laugh as a kid in the sixties and he continues to make me laugh all these decades later. What a great legacy to leave behind.

Amazing that he lived such along life. He was the first actor to play the Joker in Animation series for Batman. 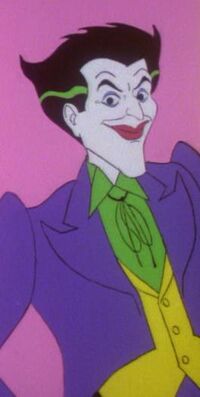 I also enjoy his other series, F Troops.

I met Larry once at a convention and asked if he ever owned property in my home town (rumor was he had owned a unit in the complex). He naturally found the question a little odd (maybe thought I was trying to sell him a time share)

This was at least a decade ago, and he was getting around okay, but wouldn’t say his health appeared robust. I asked about his winding up in the role of Joker, and the answer wasn’t too specific. One of the varous photos he had to be autographed was a Filmation Joker picture

In the 70’s, he starred in a Filmation Saturday morning show as one of the Ghostbusters, which predated what everyone today knows as “The Ghostbusters”. The show had a slew of 60’s sitcom actors in it, including fellow Bat voice-villain Ted Knight
Episode 03 - The Canterville Ghost - YouTube

I’m glad Larry lived such a long, full life (99 years!) but I wonder who is left to provide recollections of working with him in the 60’s/70’s

Larry Storch brought me much childhood happiness may he Rest In Peace.

It’s been a very rough week, 3 in just this evening I’ve seen…

I loved Mr. Storch on Nick at Nite’s F-Troop reruns when I was a kid.

I also enjoyed his namedrops on Married With Children, as Kelly Bundy was an attendee of the Larry Storch School of Acting. Storch even guest-starred once or twice.

" I asked about his winding up in the role of Joker, and the answer wasn’t too specific"

That’s because he didn’t do the voice; Ted Knight. It’s extremely obvious if you just listen to the episodes. It’s particularly obvious in the episodes where the Joker is speaking in turn with OTHER characters voiced by Ted Knight. Larry Storch voice was EXTREMELY distinct; his voice work as Mr. Whoopee or Drac in Groovy Ghoulies in unmistakeable. There’s a reason that Ted Knight is credited on the episodes and Larry Storch is not.

Welcome. @patterson65.37405 probably won’t see that you are trying to, I presume, respond to his post from July. It’s a little confusing, but the site works in various ways to respond - and it’s often helpful to do so on the older threads to bring them up as folks don’t always have older threads on anything other than mute - as there are far too many of them. Whereas directly mentioning them, bring the thread back up to their notifications.

But welcome to the site!

Thanks for the response, and welcome indeed.

Hey, we’ve got no message topics on the death of Kevin Conroy and this Larry Storch thread from July is still active.
Even as someone old enough to fondly remember F Troop, that strikes me as odd…