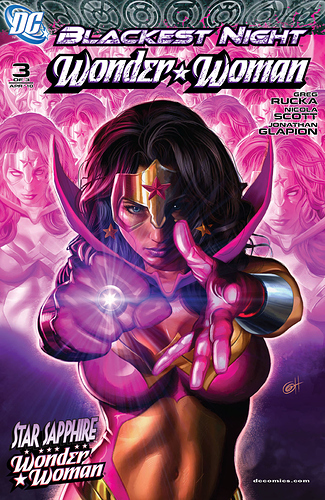 Enjoyed the Adventure Comics issue. Really liked how it handled Krypto. Plus, it was easy to follow, despite including time-travel, potential paradoxes, and characters I’m not deeply familiar with.

The Wonder Woman issues were alright. The Batman thing felt weird to me. Mostly because I can never see Batman being portrayed as romantically interested in someone. He is the night and what-not.

I am digging the arc with Mera, though. Not entirely sure what happened with the whole ring+lasso thing, but the fact that Wonder Woman could overpower the rage is definitely something. Also, never noticed that Mera had red lantern constructs.

Plus, that ending. Even though I’ve read this before, that last panel makes me super excited to see what’s coming.

I really liked the Wonder Woman issues this week. It gives more perspective as to why Mera was chosen as the Red Lantern. BL Wonder Woman insulted her in every way and fashion. Pissed her off good.
I am also liking the inner fight, as with Green Arrow last week and Diana this week, where the characters aren’t really dead, just have been in the past. I was shooketh to see Wonder Woman rip out Cassie’s heart before I realized it was an internal struggle. It was cool to see that a bat-a-rang was the tool used by the Star Sapphire ring to first get Diana’s attention.
Two books, two battles between Mera and Wonder Woman; I can get down with that. Nice to see all the rage that BL WW stirred up in Mera came back on her. Had to whip out the lasso and the ring to calm her down.

Not entirely sure what happened with the whole ring+lasso thing

Yeah, It appears that Mera is keeping a big ol’ secret. May have to dig through some Aquaman to find out what.

Probably one of the issues of Wonder Woman, it’s kind of an even tie, since they both do something interesting.

I remembered them doing the Batman kiss thing, but I didn’t remember Diana initially “killing” Donna, Cassie and Hippolyta, followed by the literal dues ex machina of Aphrodite. That I was a little lukewarm on – not only does that whole issue kind of fly in the face of what we saw in the issue of Blackest Night, but it felt like it was mostly there to be “grim and gritty,” with the only thing that it really showed about Diana is that she would NOT want to murder her friends and family. 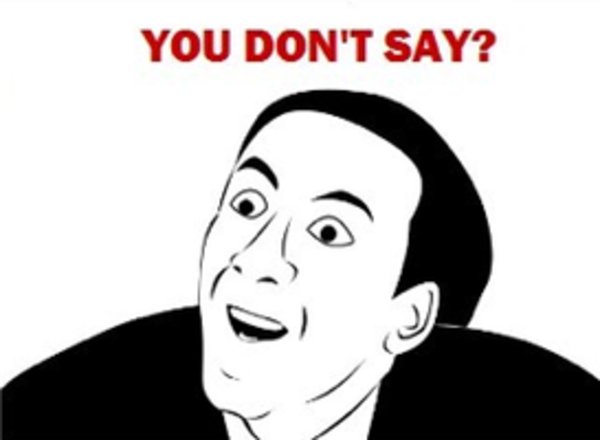 However, a far more interesting surprise was Diana getting into Mera’s mind and finding out about a…certain secret. Now, I’m 90% sure I know what that secret is, but since what I’m thinking of is from the middle of Brightest Day, I won’t say what it is, but that was a cool surprise to see that hinted at before the event. I mean, I guess it shouldn’t be THAT surprising, since Greg Rucka has been a frequent collaborator with Geoff Johns for years, but that was still a nice one.

It works. It really works.

While Diana in recent years has been associated with the concept of Truth, more often than not her primary motivator has been love, ever since the Golden Age. Back then, Diana moved to Man’s World to be with her new love Steve Trevor just as much as she did to kick Nazi ass, and even then the Amazons of that time weren’t just the followers of the Greek gods, but Aphrodite specifically.

So yeah, I think it works – and I think it resonated with a lot of people because it’s one that people drew on a lot, and was even brought back during the James Robinson run of WW a couple years ago.

The Batman thing felt weird to me. Mostly because I can never see Batman being portrayed as romantically interested in someone. He is the night and what-not.

I personally don’t have that problem (I mean, look at my avatar and, like, half my choices for the WOB book club), but I can see what you mean just in terms of the overall story. I believe Rucka has said in the past that this was a holdover of something he wanted to explore during his first run on WW before Infinite Crisis changed up Diana’s status quo.

Not entirely sure what happened with the whole ring+lasso thing, but the fact that Wonder Woman could overpower the rage is definitely something. Also, never noticed that Mera had red lantern constructs.

Basically what I got from it was a combination of Diana using her Star Sapphire power to show people their love and the Lasso of Truth showing their truth to show Mera that her love for others is stronger than the rage she has for herself.

As for the construct thing, from what I remember they don’t really do constructs until around the New 52. Until then, they mostly expressed their power through their blood vomit thing.