Is anyone else disappointed in how little of Cassandra Cain there is in media? I mean, she lead her own batgirl series for 10 years, and then just got disowned by the brand. She may have showed up for a minute in Young Justice but she deserves much more than that, being DCs first leading asian hero. Why is she not being utilized in any tv shows or movies, or even really in the comics?

I AM disappointed! She’s one of the best original characters DC’s produced in the last 30 years.

Wait, she’s not gonna be Batwoman? Sorry didnt watch the trailer. If this is true, thats unbelievably stupid!

She is going to be in Birds of Prey (and the Fantabulous Emancipation of One Harley Quinn). She’s a little younger in it than what she’s normally portrayed, but it might give her some buzz. 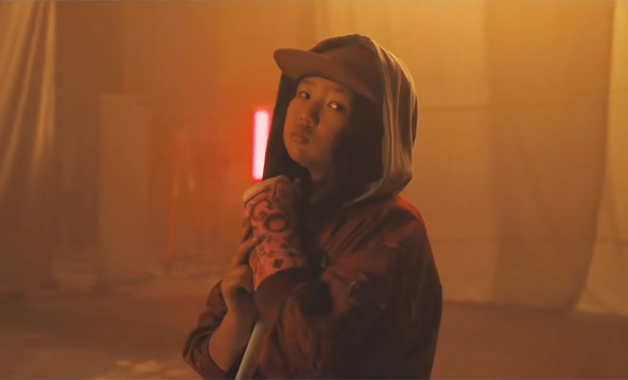 Cassandra Cain is in the upcoming Harley Quinn/Birds of Prey movie. Cass left the Batgirl role and became Black Bat prior to Flashpoint/new52 (Steph became Batgirl). Post-Flashpoint, Cass is Orphan. She’s shown up in a number of Bat related books, and had more than a guest appearance role in Batman and Robin Eternal, Detective Comics, and Batman and the Outsiders (upcoming series, I think). She is in the new season of Young Justice as mentioned, but the cast is very large, so a lot of non-core characters get little screen time.

Batman & The Outsiders actually came out a few weeks ago!

Ya I heard about birds of prey, and it looks like a very different take. So hopefully it goes well.

I tend to think that Cass gets overlooked because certain parties in power at DC don’t care about her, don’t know what to do with her, so they do incredibly stupid things like cancel her title, even though it wasn’t doing much poorer than Robin or Nightwing, or turn her evil, or let her be reinvented by a fan-fiction writer with, apparently, poor editing. Her Batgirl title was within the Top 10 selling books after it came out, when DC had about 90 or so titles going. She can be great when written well, but only passable with–certain–writers. Additionally, those same “certain parties” would rather put all their focus on certain characters. That’s why they brought Babs back as Batgirl.

While the past couple DC films have been actually good, that doesn’t guarantee “Harley Quinn featuring the Birds of Prey” is going to do this character justice. If I got confirmation they were ignoring everything Tynion established, then I’d feel better (because Tynion did a terrible job with Cass during the Eternal series, among other characters). I’ve been so routinely disappointed by DC these past several years, I can’t get my hopes up about what they “have planned”, especially where Cassandra is concerned. I have more faith in Young Justice, because Greg Weisman knows how to tell a story. The only solace I can take is that so far, YJ Orphan’s origins haven’t been revealed, and there’s a way to do better than the comics that name comes from, but there’s always a chance they never address it in the second half of the season.

I’m at a point where they’ve screwed up so obviously and witlessly, I can only have faith in her presentation if I were personally involved. Not that that’s likely to happen any time soon, but that’s how I feel.

Many of the characters from that time period have been shunted aside and ignored, so it’s not just her. Her treatment has been especially bad, though. The current DC leadership also has a strong “Babs is the one true Batgirl, thou shalt have no other Batgirls before her” thing going on, and that one female character is all that they need. They just don’t care about her. It’s a shame.

@J3D28F.17202 Right? It was so weird to see people complain that Flashpoint detractors “want the same stuff over and over”, when we have DC’s higher-ups literally regress things for an older character. Not the original-originals of course, because they probably weren’t the title holders when said higher-ups were buying comics. Perhaps another factor was the fact that the likes of Babs, Hal, and Barry were featured in external media for a while, thanks to Super-Friends and various Batman-centric cartoons.

She is going to be in birds of prey

I’m very disappointed at the lack of Cassandra Cain in the DC Universe. Nothing against Barbara Gordon (I really love her character) but Cassandra Cain as Batgirl was one of my favorite titles.
She’s a powerful character and while I know the ‘powers that be’ have put her thru some changes… there is no reason that her early history (PRE-Flashpoint, Crisis etc.) can’t combine with her more recent history (Batman Eternal etc.) … and make her great again. There is so much potential there!

Just a thought… Kate Cain may be great as Batwoman… but wouldn’t it have BEEN BETTER for Barbara Gordon to have moved on and become Batwoman (much like Dick Grayson moved on to become Nightwing) and let Cassandra Cain be Batgirl. IT WOULD HAVE MADE A WHOLE LOT MORE SENSE and been more logical… and been more FUN! (LET Kate Cain become ‘Orphan’ or whatever) Geez.

@comicscrisis why would Cass be batwoman? Lol you’re thinking of kate kane.

Cassandra is tough to adapt to TV or movies because she rarely speaks and wears a full body costume. She’s a character tailor-made for sequential art. If she is in the BoP movie I’d bet she ditches the mask.

@shaminja.warrior1 There’s a lot in the way of merging her pre-Flashpoint origins with those Tynion established in the Eternal books. Namely, she can’t both be a strong character with her own life, a Dad that cared, and worked to build relationships, and the Eternal version where her origins were more about Harper Row for some unholy reason, her Dad hated her guts until it was time for a lazy attempt at redemption, and she was just instantly friends with people, but mostly Harper because she’s Harper and therefore “perfect”. My preference is this, of course: https://www.youtube.com/watch?v=xaCuGR7w7ZY

That being said, there is a way to make the Eternal stories still “count”, to some degree, with Cass and Steph maintaining the good versions of their origins. Basically, it means that Harper isn’t involved, at all (no loss there), and that the events happen long after the girls are established heroes. Certain things play out differently, the details of which I have ideas for but won’t post right now. The long and the short of it is, a lot of what Tynion established would be either removed or heavily altered to keep these characters consistent to pre-Flashpoint standards, instead of infantilized for Row, a character that adds nothing to the mythos. Tynion had ample opportunity to make such repairs, given Rebirth, but I wouldn’t trust him to do so, since the most he did was give an unsatisfying tease at the end of his 'Tec run, but keep everything he established intact. Yet he ditched Tim Drake’s New52 origins. Makes you think, doesn’t it?

As for her being Batgirl, I loved her run, too, and she’s my favorite character to hold the mantel (though I enjoyed Steph’s tenure). But she’d be fine as Black Bat or another identity. I remember when her solo title ended and she gave up being B-girl, I was bummed, but I would’ve followed the character regardless of what she called herself. But then they decided to turn her evil, and, well, I’ve already covered that on my show, recently. They could’ve returned Barbara to Batgirl, and kept Cass and Steph with their development and histories; it could’ve been done so well. Unfortunately, they chose a poorly executed reboot, with no initial intention of ever printing the non-Babs characters ever again. DC is not run by smart people.

@Coco_Loco I don’t think Cass would be hard to adapt with a good enough writer and a capable actress. Superhero shows and movies have actors in-costume but without masks for one reason or another all the time. Being mute would probably mean the actress might not get paid as much as for a speaking role, I’m not sure, but you just need the right talent involved. Unfortunately, I’m not ready to believe “Birds of Prey featuring Harley Quinn” will do her justice, and I shudder to think what the CW would do to her, given how lackluster many of their DC shows have been the last couple of years, with the exception of Black Lightning.

Then you should check out the Bronze Age Batgirl and the Batman from the 60’s its so good.