Knightwatchers Club - Batman: The Legacy Cowl Vote #12 (To The Batmobile!)

The polls are open in Gotham once again and it’s time to vote on another aspect of the upcoming Batman comic book, ‘Batman: The Legacy Cowl’. What are we voting on this time? Well…see for yourselves! 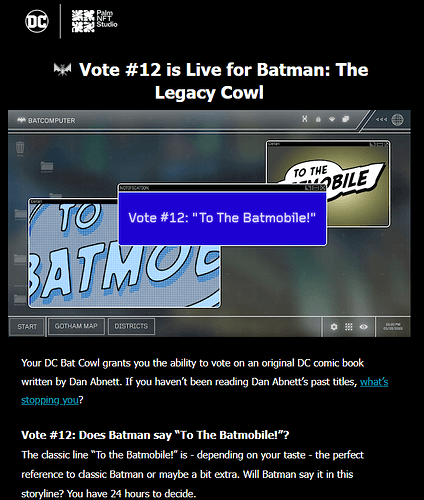 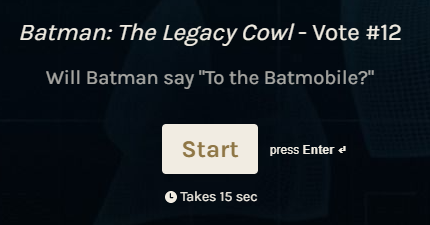 This one is as simple as it gets! You either want the line they, themselves, describe as iconic to be included in the book at some point or you don’t. I personally love the idea that this could be included and voted yes immediately. I think any Batman fan that reads this book won’t be able to stop themselves from smiling when they see that panel.

What do you think? Let me know below!

Absolutely a yes vote on this one.