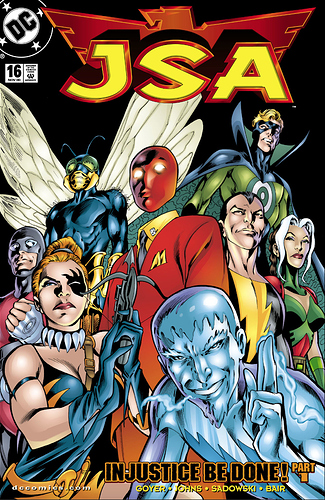 It’s certainly been quite a month around DC Universe, between Fandome and the season finale for both Stargirl and Doom Patrol. DC has everything from straight-up superheroics, to some of the most downright trippy stories out there. Personally, I love trippy storylines that take the reader’s imagination on fun little bunnytrails. Variety is an amazing thing, and one of the things I love the most about JSA. It has a little something for everyone.

1: Extant is a rather unique sort of adversary. How would you suggest going about fighting an opponent that can see the past, present and future? (that may be different than the route taken in the story)

2: We get a look at the pocket dimension inside Fate’s amulet. If you could design your own, what form would it take? Outside your significant other and children, name up to 7 people living or dead you’d want to live there with.

3: Due to a wrinkle in time and reality, it’s interesting to see Courtney get to meet the original Star Spangled Kid, Sylvester Pemberton. What do you think of their interactions? How different do you think that meeting would be between the characters in the comics, versus the same ones in the Stargirl series? (the season finale teased that it might actually be a possibility) 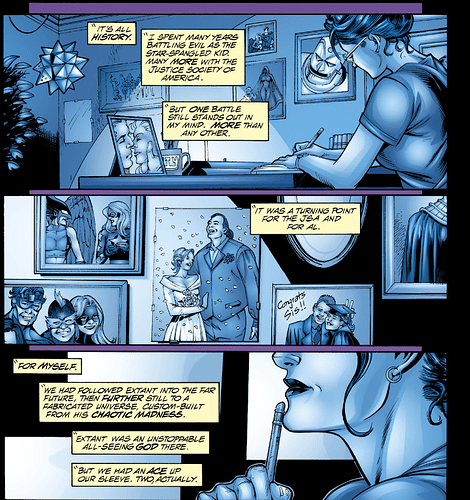 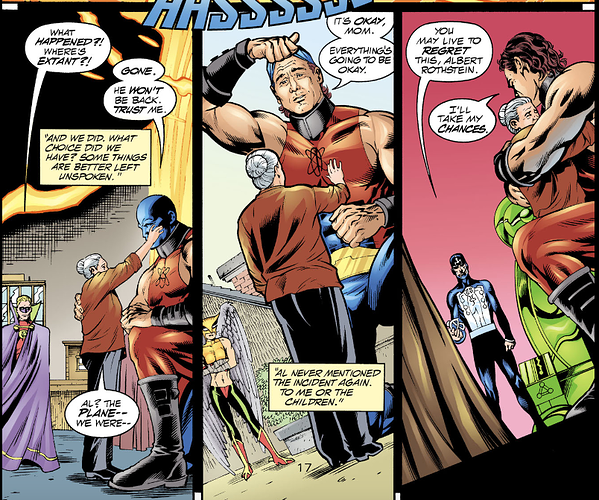 4: Al makes a fateful choice to save his mom’s life, by sending Extant back in time to take her place in that plane crash. Do you believe it was the right or wrong thing to do? Would you have done the same thing under the circumstances? (Considering that this issue is dedicated to Courtney Johns I think it’s especially poignant)

5: It’s revealed in issue #15 that Al and Courtney marry and have children at some point in the future. Since the series ended before that came to fruition, how do you think it finally played out? I’ve always wondered about that, and I’d love to hear your ideas.

6: We finally meet the comics version of the Injustice Society again, and they seem to have some new tricks up their sleeves. What do you think of the roster seen here, versus the television version? How would you propose fighting an enemy that’s obviously done their homework, and knows your weaknesses?

7: We get to see the origins of Johnny Sorrow’s anger with the team, and Sand in particular. How do you think what Sand did accidentally, has affected how he resolved conflict in the future? Do you believe he still blames himself more than he should for what happened?

8: Things take an interesting turn with the addition of Black Adam into the mix. Would you have been as cautious of his intentions as the team was, even after accepting his help against Johnny Sorrow and the King of Tears? Do you think Jay’s trip back in time, and what he learned there is what swayed the team to take his wish to join the team under consideration?

I’m getting this one in at the buzzer.

In place of Dr. Fate: Solar, The Master of Magic (from Holyoke’s Captain Aero Comics)

Solar’s not really all that special, but I’ve read all four of his appearances and he has an invisibility cape (so that’s a plus).

In place of Stargirl: Kitten (from Holyoke’s Cat-Man Comics) 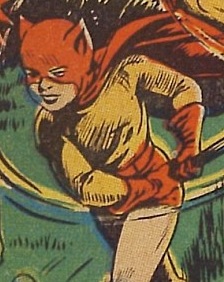 In place of The Star-Spangled Kid: Rusty (from Holyoke’s Captain Aero Comics) 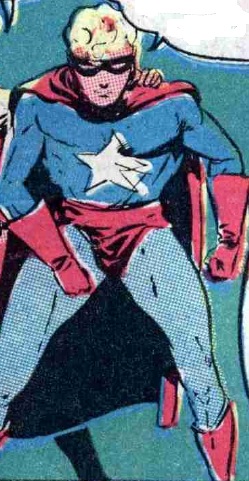 In place of Hawkgirl: The Blue Lady (from Centaur’s Amazing Man Comics) 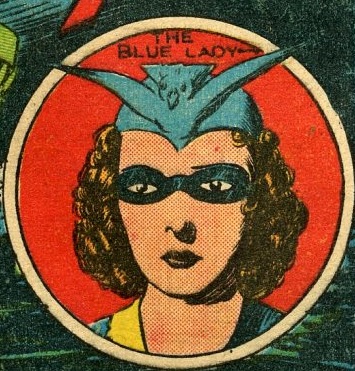 She’s bird-themed (gets her powers from The Blue Bird Ring) and ended every adventure with a patronizing wink toward the patriarchy. 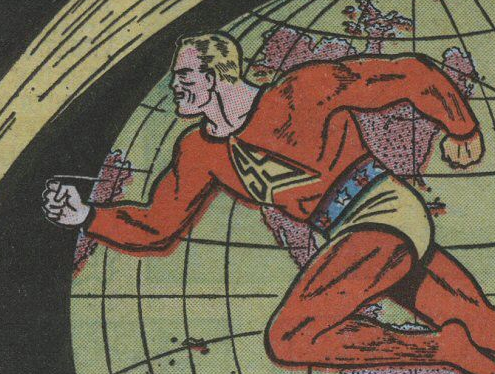 My favorite Golden Age speedster who fought for civil rights before it was cool. I also really love him for this moment: 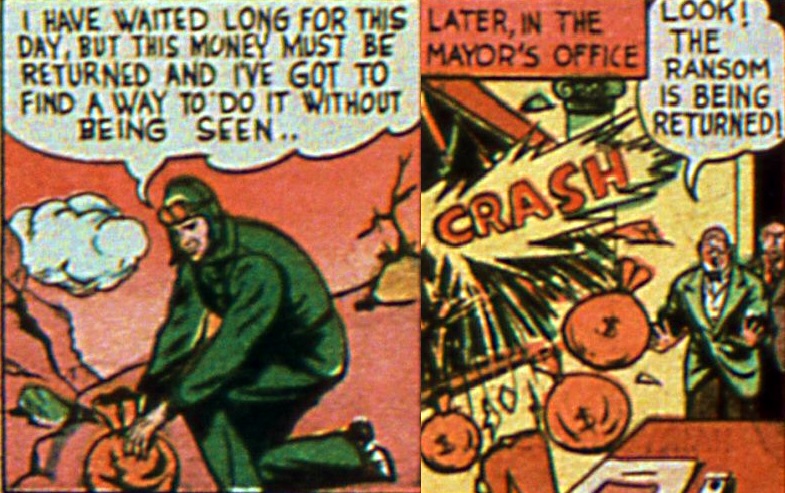 In place of Sentinel: The Flame (from Fox’s Wonder World Comics) 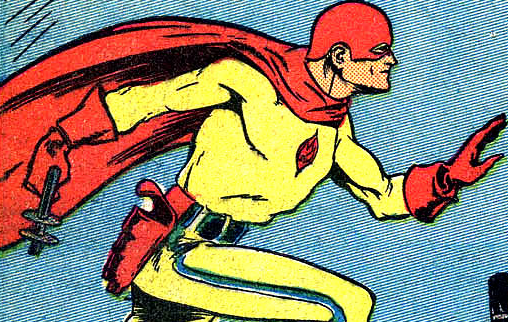 Much like how Sentinel controls green flame, The Flame controls… regular flame! 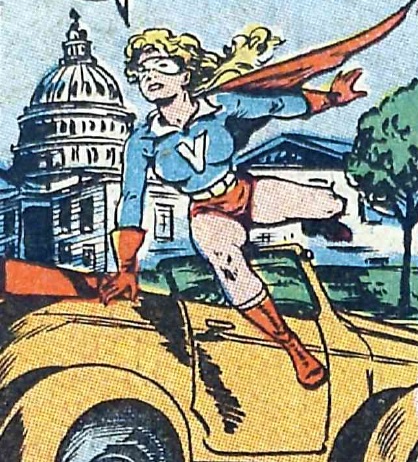 In place of Hourman: Moth (from me) 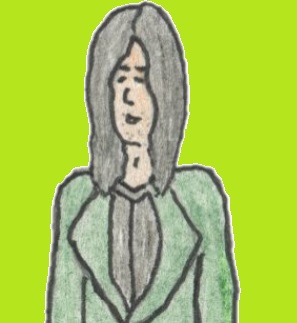 Because it’s my pocket dimension, and, like Hourman, I can “travel through time” by flipping through the pages of their comic books.

That’s all from me. I hope everyone is safe and well in this dark timeline!