Is Warner Bros. Out of Touch With What DC Fans Want?

Hello friends!
I’ve been really feeling really frustrated with Warner Bros. in the past year or so when it comes DC live action films. Which isn’t to say I haven’t enjoyed some things they’ve done. So I leave the question to you all. Do you think Warner Bros is out of touch with what fans of DC want to see on the big screen? Why or why not?

My thoughts are sort of all over the place. I love that they are willing to take risks with DC IP even though it doesn’t always work. I love the mythic quality the newest slate has and I think for the most part they get casting correct. However, they seem to be real jerks to the creatives behind-the-scenes. They over-correct franchises and seem all to eager to set the reboot button when the films aren’t as successful as they want. Additionally, their obvious disdain for the creatives (in front and behind the camera) involved with Snyder. Why don’t we have a Gotham City Sirens movie yet?

I’m not sure if their failings are related to the Hollywood business model as a whole or the hire-ups are really skittish. What are your thoughts? 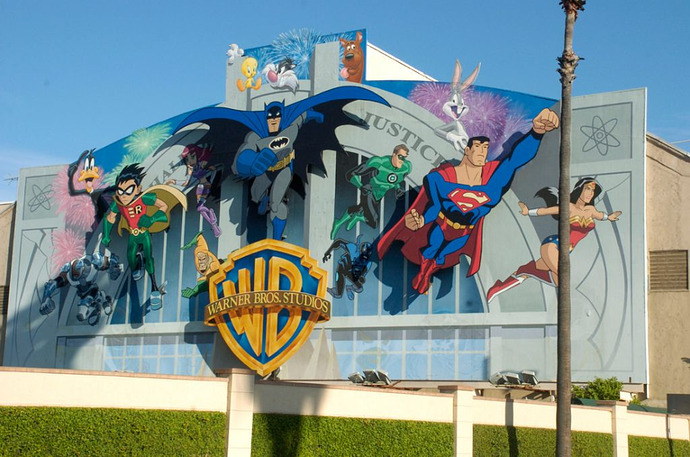 Its more AT&T thats out of touch.

Do you think Warner Bros is out of touch with what fans of DC want to see on the big screen? Why or why not?

Fans don’t want the same thing, and by this point, fans are impossible to please. (See also the recent Star Wars films.)

Very true. I guess I’m just looking for a unanimous celebration of a DC movie.

Well, if we want a success comparable to the MCU, we have to remember that it’s not Marvel fans who made those films successful. Rather, those films successfully made their own fans, who don’t really transfer into comic fans afterward. (Meanwhile, I’m over on the sidelines griping about how they removed the edge from Mark Millar’s Civil War.)

I agree with @Clonegeek18 here, AT&T is the parent company and as soon as fans freak out about something, the studio heads freak out. It’s all about making money, and if it doesn’t make enough, then they will try to stick to there most reliable stuff like Batman. Probably why we haven’t got a Gotham Sirens movie is because fans will freak out about it and maybe because Birds of Prey was not as successful as they hoped it would be. It does suck because I would love for more artistic DC films like Joker or Parody films like Batman: Soul of the Dragon.

I would also critique that both AT&T and Warner Bros. are trying to jump on the MCU train, but misinterpreted what Snyder wanted to do with his films. Snyder once said his films should be seen as “a run” and I think Warner Bros. say the opportunity to compete with Marvel, even though it wasn’t in Snyder’s cards. Only when it was too late did they realize their mistake and are thankfully trying to fix it.

It basically boils down to money and what films make the most money without being too risky.

I wish they would give up on the MCU train. Comparisons are natural but no one has quite managed do it,

Well like @AlexanderKnox say, fans are impossible to please, I’m sure Warner Brothers trys their best to make a good films. There’s some stuff I could easily complain about, but what’s done is done, I might as well enjoy the film or don’t watch it at all. I don’t like the Superman suit in Man of Steel, but I’m willing to overlook that terrible costume that has no red trunk!

Fans are very varied. Some want just Batman. Some want anything but Batman.

I say their problem is putting stock in actors over directors and writers, and some fans say the exact opposite.

Just gonna repeat that @AlexanderKnox is 100% right. Fans are impossible to please. There is no longer a concise fandom that wants the same thing. That said, I think Warner Bros. has been taking notes and are building up the platform pretty well.

As for other media, I think that Warner Bros is starting to figure out its universe. They’re falling into the Marvel production style of trusting a bunch of up and coming, diverse creators to help lead and build up the universe. They’ve realized you can’t back an entire universe with only one person at the helm. While the MCU is connected, most of the solo films have their own style. Thus allowing fans with different tastes to all be satisfied. That’s been the key, and I think WB has figured it out.

I actually think in recent years they’ve been doing a lot better. They still have a while to go, but they’ve figured it out.

I think a small part of why the MCU is so popular is the continuities throughout the movies and TV shows, no matter how small.
I wish Warner Bros would give us a few years of this instead of jumping to remake ANOTHER Batman or Superman movie.

And a big agree from me about that Gotham City Sirens.

I wish Warner Bros would give us a few years of this instead of jumping to remake ANOTHER Batman or Superman movie.

I agree! I’m always interested in a new take but I’d prefer they finish a trilogy or duology or what have you. I think each iteration deserves a proper end. The shuffling around can be hard to pull off. While as a fan I love the multiverse idea they need to make that clear through the marketing its what they’re doing.

I think the thing is that DC has a longer history in media compared to other film franchise such as the MCU as mentioned here.

With that long history and many adaptations which get fans hooked on that version of the characters so when they try something new it will get compared to that adaptation. While the MCU for example many of the Avengers which have been the focus of the MCU didn’t have anything really (with hulk being the biggest exception) so no one could compare to previous incarnations which help people not go in ready to compare and judge but more enjoy. While other marvel franchises such as X-MEN was harshly compared to its successful animated series or Spiderman compared to all its adaptations. But with the MCU hitting things like XMen Blade Fantastic 4 in the future (at least rumored and planed) they may start to get more of that kind of criticism from certain fans.

So with that in mind there may be heads wanting to try and figure out how to please those classic DC modern Dc and Future DC fans all at the same time.

But me personally I’m a fan of everything. No matter what if I’m entertained it’s good by me​

I will say, I’m glad to see some of the feedback from general audiences is more favorable these days. With Dawn of Justice and Suicide Squad, it was like critics and some fans were just out for blood. But the responses to Wonder Woman, Aquaman, Shazam and even Birds of Prey were more favorable. While not a part of the DCEU, Joker did amazing and overcame controversy.

It seems like you always have to be on your back foot when a DC film comes out. Any slight hint that the film may not be perfect and people will jump on it and jump on you for liking it. I should know, when Wonder Woman 84 came out, my co-workers couldn’t wait for me to come back from vacation to bash it.

When people try to make comparisons between the DCEU and the MCU, it’s obvious what’s about to happen: they want to tell you how amazing Marvel is and how much DC “sucks”. They’re entitled to their opinion, but I always tell them this: if they want to devolve themselves to tribalism, that’s on them; for me, I’m happy to have and enjoy both. This was the dream when I was a kid. We could only wish for comic book movies of this quality coming out regularly when I was younger.

Birds of Prey should have been Gotham City Sirens instead

Warner brothers will figure this all out pretty quickly. Bottom line is they’re a business and that means they want to show a profit. They have a whole slate of new shows in the works now that haven’t even aired. It might be a bit early to declare them completely out of touch as they’re expanding their efforts.

its probably been said but fans are a large and varried group with different wants, no way everyone is ever going to be pleased the most you can do is enrage everyone. i think warner bros does want to give fans stuff they like (i mean they want to make money) they just as the DC cinematic universe thing shows they don’t always have the best communication skills within themselves

This is a very accurate response. “DC Fans” probably aren’t even on AT&T/WB’s radar. In order to create a successful film and tv franchises, they need to appeal to the average media consumer. That is what makes the MCU successful; that is what makes Star Wars successful; hell that what makes The Fast & the Furious successful. And this has been the WB struggle with the big screen. I doubt they care what the average DC fan wants. DC fans are a very, Very, VERY small percentage of the market share.

I have been to 3 books a million stores and they have each told me that DC only had a few comics on clearance, while the whole Marvel section WAS clearance. I would say most people who got into the MCU without knowledge of the comics do not end up getting into comics.

I think Warner Bros wants to grab a broad audience

those films successfully made their own fans, who don’t really transfer into comic fans afterward.