Is Batman The Animated Series A Place To Learn About Batman? 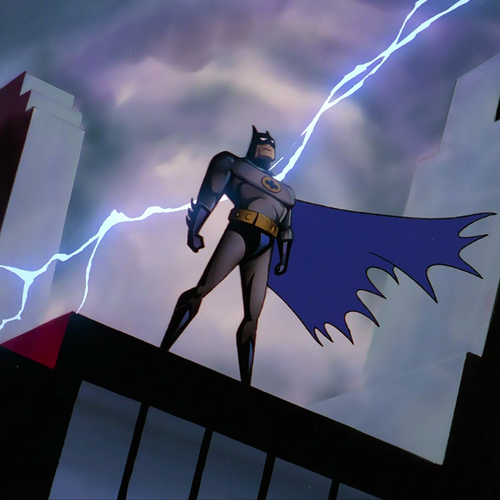 Screen_Shot_2018_10_15_at_5.48.17_PM.png1400×1400 203 KB
If a person is new to DC Comics and wanted to know more about Batman, would Batman The Animated Series be a best place to go? Because of this show I’ve got to learn so many different villains that Batman has like Two-Face, Scarecrow, Killer Croc, Poison Ivy, Clayface and Scarface.
So if anyone ever asked you, would you recommand Batman the animated series a place to learn about Batman?

I’d recommend BTAS, but I’d also watch The Batman animated series. I think that does a better version of Batman. You see his combat style with more martial arts background as opposed to BTAS in which he is more of a brawler. It also represents Batman’s detective and science skills better than BTAS.

I’d recommend doing season 1 of BTAS, then season 1 of The Batman. It’s a good way to compare and contrast elements of Batman.

BTAS was MY intro to the world of Batman. And now I’m the world’s foremost Batman expert.

Great question, @Reaganfan78! I agree that both Batman: The Animated Series and The Batman are excellent shows to get acquainted with The Dark Knight! I would also suggest Batman: The Brave and The Bold, as it manages to fold in some of the more obscure villains and characters and really paints the fuller picture. It’s more on the campy side, much like Batman ‘66, but is another solid point-of-reference.

I think it’s the most balanced Batman to show someone. So yes, absolutely!

BTAS provides a look at a variety of relevant characters, is well-known, is fairly similar to the comics (so it’s easier to transition from one to the other; I’m not a huge stickler for accuracy in adaptations but as a tool to get people to read the comics themselves, it’s useful), and is honestly more consistently good than most runs of the comics.

And to be clear, I was born after BTAS ended and only saw it for the first time in my mid-teens, so this isn’t a nostalgia thing. It really is that good.

I am planning to use it to introduce some friends to Batman (outside of Justice League and BvS) through it so I hope so!

I’d say it’s a fun and great place to start!

BTAS took the best of DC canon and streamlined it for a general audience. Heart of Ice is THE BEST retelling of the Mr. Freeze origin. The Demon’s Quest I &II is a great adaptation of the O’Neil and Adams Classic. Two Face, Poison Ivy, Harley Quinn, et al have great episodes that provide a wonderful introduction without the years of convoluted stories.

I would rather have Timm and Dini in charge of the DCEU than Zack Snyder. They understand the characters better than he ever could. Just my opinion.

I would rather have Timm and Dini in charge of the DCEU than Zack Snyder. They understand the characters better than he ever could. Just my opinion.

Brave & the Bold only b/c u said u wanted to learn characters. It’s full of ones u won’t find anywhere else. BTAS is absolutely iconic but I’m sticking to the point of your question.

We’re completely together in this. The 1st show when asked which one would help u learn characters. There’s no comparison.

BTAS is a great primer, but I’d also recommend the Brave and the Bold. It’s a really great run through and love letter to the silver age, which I think deserves a little more love

BTAS, the Batman, the Brave and the Bold, Beware. It’s a Batman kaleidoscope.

The same, @HubCityQuestion. When I was 4 my uncle bought me a bunch of DVD’s of the show, and ever since them I have loved Bats. So, if for no other reson than nostalgia, I simply must vote BTAS.

I’m a little unsure of what you’re asking. Are you asking if it’s the “best place” to learn about Batman, or are you just asking if it’s a good source for learning about him? I’d answer in the negative for the first option, but I do think it’s a good place to introduce audiences to certain aspects of the Batman mythos (in particular, some of the villains).

It introduced me to Batman’s world and I’ve been a fan ever since then.

The animated series was my introduction to The Batman world in full and having had the series and animated moviesI was still able to get lots and lots of knowledge when it comes down to it. So yes to the series being a starting point

It’s kind of more neat now that I am supplementing all of that with being able to read the comics on here!

I have read so many countless stories from every decade of Batman, and I have watched every film iteration. And I would say that BTAS does the best job of capturing the essence of both the title character and the entire supporting cast.

It does a great job of introducing all the different character dynamics and has the best chance of sparking an interest into wanting to find out more.