How Does Batman Morally See The World

It’s has been implied that batman does believe in redemption in Frank Miller’s classic, the Dark Knight Returns, and in Hush, that Bruce wants to believe in redemption. His 81-year and one mouth courtship of Catwoman that Batman believes in redemption ensure he can handle another confrontation with a rouge. If he did not, or he would be killing his rouges left and right each time they commit mass murder.
I feel Batman sees things not as black and white but more a biblical as Sinners and redeemed. If Batman did not believe in redemption, he would be more like flashpoint Thomas Wayne, a Batman who kills his rouges or Marvel’s Punisher.

But what do you guys think?

Batman is a deontologist whose primary derivative is against killing. His other derivatives are punishing evil and protecting others.

As a deontologist consequences do not matter. Morality is defined by duty. For Batman that duty is to family and Gotham.

I think he see it as dark and depressing, cause of a dramatic experience he went through as a young boy seeing his parents murder. Which was really sad.
I’m sure he also see a bit of hope as well.

I disagree, batman does consider the consequences of his actions. his philosophy is not also not about punishing evil but protecting the innocent. save the most innocent is his true directive as proven when he went to save Harley Quinn instead of disarming jokers bomb in batman vol 3 number 100.
Also, Batman has had to be stopped from killing the joker notable during death in the family by superman and in Hush (comic) by Catwoman, who he knocked out to stop her from stopping him. it was Gordan who stopped batman by shooting him in that ark. really batman’s philosophy is more killing is the last option after surrendering.

PS: MatthewHecht thinking on it a bit I would say the Batman of the comics code era is more like how you describe him along with the Brave and the Bold Cartoon, but pre-code and post-code Batman is more like how I described him.

his hope has two names, One is Catwoman, the other is Selina Kyle. =)

Hopefully they don’t find out about each other.

Doesn’t Catwoman give him a Robin that becomes a huntress?

There is an alternate universe where Huntress became Robin.

True. However, it was Robin who became the Huntress, not Huntress who becomes Robin, as the first Robin was named Helena, not Richard in that world.

Batman is a vengeance paladin with whose code would be broken via killing, but whose goal is to eradicate the chaotic elements of crime. It would be freakishly easy to build him in DND. I swear, the vengeance build for paladin was based on him.

Bruce fights for vengeance using Justice. There’s a moral difference between doing vengeance this way and the normal way, which tends to involve killing.

I have joked about that before.
[Before playing]
Players: Awesome, he is playing as Batman.
[Later]
Players: Batman, you have to use something besides non lethal damage. Kill the evil.
Batman: No.
Players: At least stop picking up orphans from every town. You have lost a Robin every battle.
Batman: No, Robin keeps me alive.
Players: Ugh!

Crash Course Philosophy on YouTube actually has a video where Batman is the main example in the Utilitarian video, and Mr. Green discusses what Utilitarianism is and how aspects of this Philosophy applies to Batman and why he won’t kill the Joker. I think he does a better explanation of it than I can. Basically, he Kant. (And no this is not a misspelling).

A Kantian is a more specific type of Deontologist. A deontologist believes that an action is morally good based on duty, not consequences. A Kantian goes further and states that if you gain anything positive from an action it is not praisworthy, while most forms of deontologists do not go that far. A Kantian will base their duties off what they think should be a universal law, which is why I do not consider Batman to be a Kantian. Rorshach is probably a Kantian

A Utilitarian would say to kill Joker, and it is a very extreme form of consequentialism. The best DC example of a Utilitarian I can think of is Icicle from Stargirl.

my crash course was the audiobook Batman and Philosophy The Dark Knight of the Soul =)
However i mentioned two occasions where batman has had to be stopped from killing the joker, and in one elseword tale batman does actually kill the joker after a death in the family moment in the elseworld tale JLA: The Nail were joker gets kryptonian tech uses it to take over arkham, makes the rouges fight, which catwoman wins. then uses the tech to make batman watch as he tortured batgirl and robin. Catwoman managed to distract joker long enough for batman to break free and batman kills him with a single punch atop Arkham. then escapes with Catwoman, well a larger crisis is going on happens.
the difference between this moment and superman killing joker in Injustice is Batman turns himself in after the crisis is resolved, well superman refused to even consider he did something wrong. 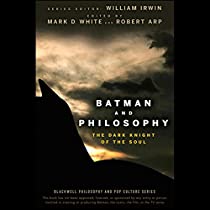 Check out this great listen on Audible.com. Why doesn't Batman just kill the Joker and end everyone's misery? Can we hold the Joker morally responsible for his actions? Is Batman better than Superman? If everyone followed Batman's example, would... 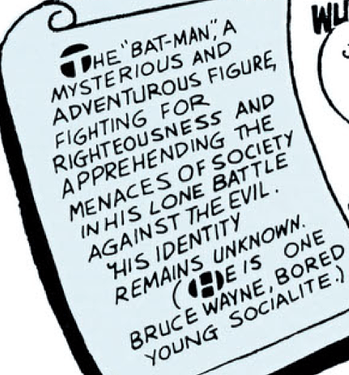 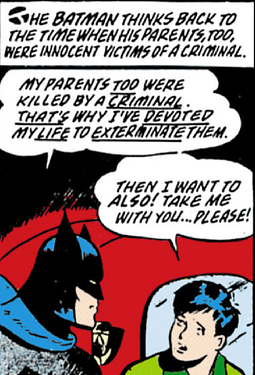 Bruce Wayne (caped crusader and abductor of orphans) sees himself as morally justified in apprehending and even exterminating criminals for two reasons:

I disagree on point 2. what batman truly wanted was his parents brought back to life, something he could never get. when the bat gets board he goes and finds a certain cat burglar with lovely green eyes. =) he is never bored when she is around, just stiff as one.

I mean, the comic quoted above literally says that he’s a bored socialite.