Who is reading the new HBO MAX DIGITAL COMIC (2020-) series that was just released?

Which of the three issues was your favorite?

If you have an HBO Max subscription, are you enjoying it?

I have no idea why I just read all these, but they weren’t that bad.

The ending of the Hector story makes me want more of these to be published.

Just started Brian’s story and I love that they’re in Gunther’s AKA Central Perk. I might have missed some HBO Max references in Hector’s issue, but there is no missing a Friends nod!

I didn’t realize these were on DC Universe itself, thanks @nu52 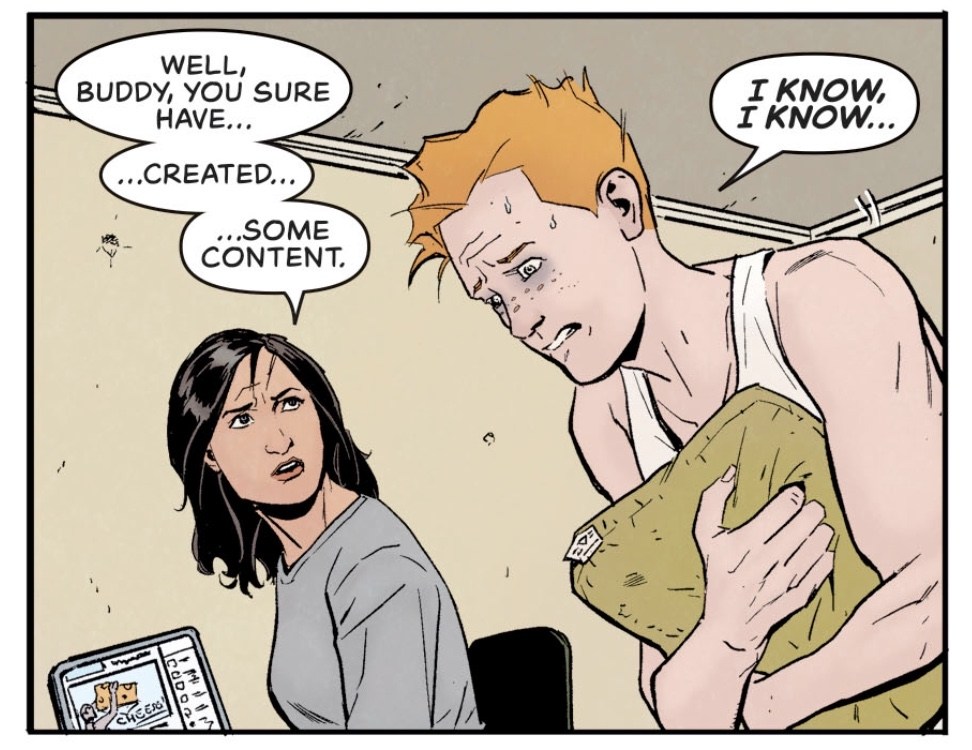 I don’t have HBO Max to be completely honest I’m waiting until the Snyder cut is released; I didn’t even know HBO Max had comics on it; also can you read those books on here or just on Max?

You can read them here. Follow the link in the original post and it takes you to the comics page right on DC Universe.

Just clicked and answerd my own question so let me give these a try.

I thoroughly enjoyed these comics! They were fun and fast reads with some characters that I actually want to read more about. I’m interested in knowing more about their powers and if they’ll end up meeting up.

The cast is pretty diverse. A middle-aged latino dad and husband, a world-traveling young black man, and a plus sized female comic all lead these three issues.

I like the idea of ordinary people with potential for greatness being sought out and given the opportunity to do good in the world. It’s also a nice change of pace reading a comic that doesn’t feature the same characters we know and love.

References I caught: Friends, Happy Feet, The Fresh Prince, and Game of Thrones.

Didn’t know these were a thing. Have to check them out.

I’ll have to read Olivia first because I’m a sucker for elastic characters.

It is a power set that leads to great visuals!

I have no idea why I just read all these, but they weren’t that bad.

Right? I’ve read WAY worse and they were ones that I paid for. I wasn’t expecting much for a tie-in, but it’s a nice little taste of what this series could become.

It is a power set that leads to great visuals!

most definitely! ( and Elastic characters always end up having personalities I love, with Ralph as my favorite)

I like how stretchy characters have varied personalities. I still want to see something like the chase scene from the Incredibles 2 in live action.

Rita is probably my favorite. Although, I just started watching Adventure Time now that I got HBO Max, and Jake the Dog has fun ways he uses his powers.

I have a thread on how bad HBO Max’s customer service is. I do not recommend.

I haven’t had to deal with their customer service at all. That sucks to hear.

Content wise though, it’s the streaming service I use the most.

They’re also free on Comixology if you prefer that platform.

I haven’t read these yet, but what is the purpose of these comics? Are they actually in the DC Comics Universe, or is this just a comic ad for the HBO Max platform?

@nu52 I liked Hector’s book the best. The fact that Jim Lee drew the cover might be a wee bit of an influence too.

As for Max, I like it. Their TCM catalog is incredible.