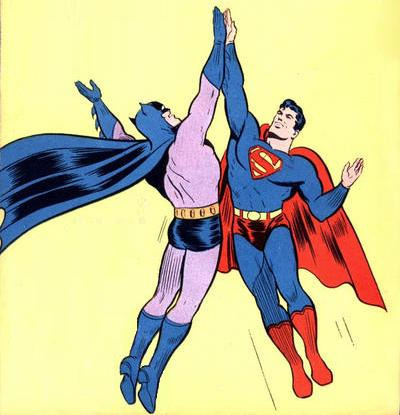 One of the most common types of questions I get in my “ASK… THE QUESTION” feature is about whether any two given DC characters have fought each other, or even met. So, here’s a spin-off dedicated to that type of question alone. Ask about any two characters, and- if it’s ever happened- I’ll point you to a place where you can find them together!

Has Stargirl ever met The Penguin?

Has Stargirl ever met The Penguin?

Not directly. However, in Justice Society of America #39, Penguin and Stargirl are among the many freedom fighters facing the Fourth Reich, 20 years into the future. And in Secret Six #36, Stargirl is among the many heroes in the final Pre-Flashpoint confrontation against the Six when they take The Penguin hostage. Similarly, a de-aged Penguin and aged-up Stargirl are both present in the final battle of the Young Justice: Sins of Youth event, but don’t directly battle each other.

Nope! Molly Mayne Scott has only really made sporadic appearances in throwback JSA-related titles since the cancelation of the Golden Age Green Lantern series, generally in the context of addressing collective superheroes and their families. Even when the Earth-2 and Earth-1 continuities were conjoined in the Post-Crisis era, the reformed Harlequin has had no occasion to acquaint herself with Batman’s rogues gallery.

Awesome, Thankyou @HubCityQuestion, that really got my interest and will read those comics as well!

Great picture of my buddy Clark and I.

Have Nighthawk and Vigilante ever met? (like you didn’t know my first entry would involve Hawkman).

They have not! Despite the original Vigilante Greg Saunders’ cowboy aesthetic, he was never actually a hero of the old west. Rather, Greg was a contemporary to the likes of the All-Star Squadron in the early Golden Age. His western get-up was inspired by his father, who had been a sheriff in Wyoming at the very end of the expansionary era, and his own aspirations as a country singer.

he was never actually a hero of the old west.

Wait in Stars and Stripe issue 9 page 18 Pat said he was teleported to the Old West. I guess this got retconned or something.

Oh sure, for a time, all of the Seven Soldiers were scattered through time, as depicted in Justice League of America #100. But we never got to see their adventures in those time-swept eras, apart from the League discovering them after decades lost to the time stream.

Hasn’t happened. Superman teamed up with Silent Knight in The Brave and the Bold #10, which hinted at his ancestry to Jonathan, but the two have never crossed paths, as most of Silent Knight’s adventures confine him to the medieval era.

Has Constantine ever met Hitman

Almost. In Birds of Prey #118, Barbara, as Oracle, organizes a rescue mission to save Misfit from an underground metahuman fighting ring run by Darkseid. A little later, Oracle coordinates the Earth’s heroes against Darkseid’s invasion in Final Crisis, but no direct confrontation between the two occurs.

After The New 52, in Batman and Robin #37, Barbara fights the army of Apokolips alongside Red Hood, Red Robin, and Cyborg while Batman fights Darkseid nearby for the chance to resurrect the fallen Damian Wayne.

There was one time Barbara Gordon and Darkseid came face-to-face, however: 2017’s Super Powers! #5-6. 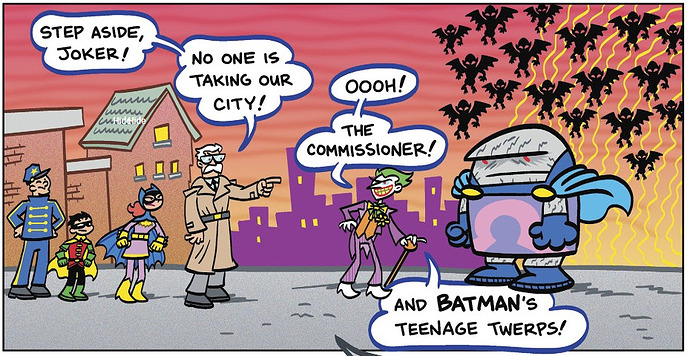 The funny thing is, there was an entire DC/WildStorm crossover to address burning questions like this, but Batman and Midnighter, while present, don’t actually interact through the whole series.

But since Midnighter was integrated into the DC Universe for The New 52, he’s steered clear of Batman. He spent a while in Dick Grayson’s orbit through Grayson and Batman & Robin Eternal, and more recently he’s been part of the Superman group. But, strangely, no Batman meeting yet.

Has Constantine ever met Hitman

Afraid not. For the entire duration of Tommy Monaghan’s life, John Constantine was a Vertigo-exclusive character. (Although writer Garth Ennis, who worked on both series, managed to sneak a few elements between them without ever creating an overt crossover.)

Constantine would eventually meet a few of Tommy’s surviving friends, though, in Sixpack & Dogwelder.

Constantine would eventually meet a few of Tommy’s surviving friends, though, in Sixpack & Dogwelder.

That’s actually what made me ask lol