Just curious to see what preference is for Ivy and Kiteman or Ivy and Harley??

Let me know your thoughts!

Personally, I want to see Harley & Dr Psycho in a drunken one night stand situation. Barring that Harley & Ivy. Kiteman was a good intro for the first half of the season, but his schtick has kinda run its course. Although it might take the second half of the season for him to come to terms with that.

Harley and Ivy is definitely endgame for me.

I’d definitely prefer Harley/Ivy, but if Ivy and Kite Man’s hookup becomes permanent, and it probably will, then I’ll hope Harley gets with Deadshot if and when he appears.

Harley and Ivy is the best. But if they stick to the comics then they could be in a polamorus relationship. Which could keep Kite Man around.

Ivy and kite man for a bit longer.

Kiteman for me. The relationship is just to goofy right now to end.

Harley & Ivy is the ultimate end game for me. However, I do like how its like in New 52/Rebirth comics, where they kinda have an open/poly relationship going? Like the two know they love each other and that they’re going to be together till the end, but they’re also find with the each other dating other people. So I honestly don’t mind Kiteman and I think it’s a fun addition to the series

I think with Ivy coming back to life and the first person that she goes to see is Harley even though kite man has been at her grave every day since she died. I think that’s going to be the end of that relationship.

I want Harley/ivy but I’m enjoying Ivy/Kite-man. Guess I’m in a can’t lose situation, but I’m hoping ,if nothing else, the aforementioned polyamorous relationship would check all boxes.

Welcome to the community.

Ivy/Kite-Man all the way. As for her I’ve kinda always wanted to see her hook up with Batman

Kite-man’s shtick never really worked for me. Harley and Ivy. 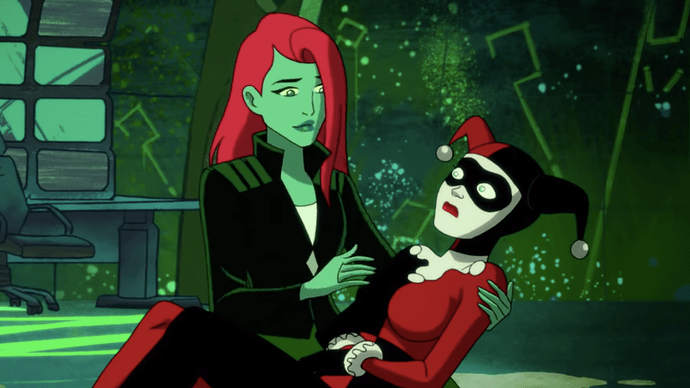 Harley Quinn’s Showrunner Has a Very Good Reason for Why Harley and Ivy...

Harley Quinn’s story of love and loss is a tale as old as time. Girl meets homicidal maniac boy, falls in love with said boy, and then comes to the realization that he’s a whole piece of garbage who was actively holding her back from the true...

Harley and Ivy, they care so much for each other!

Welcome to the community @AngelDC66.