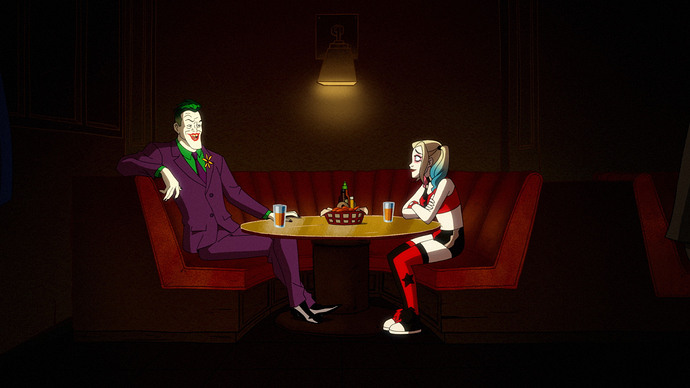 Harley has finally realized her ultimate goal - she’s a full-fledged member of the Legion of Doom! But what is the cost of being a member? Harley has lost her BFF, Poison Ivy, kinda lost her crew and has to face Joker all by herself. Is Harley really ready to deal with all of these things in exchange for membership in the Legion of Doom?

If you haven’t watched episode 9 yet, make sure you do then come back here and let us know what you thought!

Some random thoughts about this episode.

Overall, this felt a bit too much like a soap opera and had the fewest funny gags overall. 3 out of 5 stars.

What I got out of the episode is that Harley got screwed over by the Joker big time. I have a feeling that there’s going to be a reckoning for the clown prince real soon…

I don’t know who’s got Ivy wrapped up in their evil scheme (random guess: Floronic Man), but I’m betting Harley will have to team up with Kite Man to save her.

Literally me the whole episode:

Ivy!!! Definitely seems like it was all a trap to get Ivy. Is it by Lex and the LOD or someone else?

Loved that Ivy is now accessorizing and that Frank’s useful because he can hurt you with words (Harley would respect that as a psychologist).

If we see an Up sequel we will know where they got the idea from.

Today I learned that sharks are terrified of wolves.

Gaaaaaaaa the episode was going sooooo well, it was on track to be one of the funniest ones yet… and then, the Joker Ruined it. I hope Ivy shoves a Cactus up his —!!!
And it’s Official, Bane is my favorite Character. I’d help him blow up the Todd.
Only a few Highlights cause after about the half way it stalled out for me.

In no particular order:
Batman feels bad for Harley. That was the most touching part.
That was Joker Gas that hit Ivy in the end, Lex and Joker are after Ivy, cause again, She’s a Badass
Pick a joke or gag from the beginning, all great. (Up Sequel, or anything Bane says, etc)
Frank has a Pot Man.
Henchman/Goon area sucks.
The Fish who Cried Orca.

Overall it started out quite entertaining, at least 8.5/10, but after the Joker stuff it got a little to cringey, i’d give it a 6/10. Not Bad, Not great.

I’m sure there’s a great backstory for Cheetah as the lone token female member of the Legion of Doom before Harley joined, or at least I hope there is.

As Lex said last week: “We have a woman! I forget her name at the moment, but she’s lovely.”

I was hoping Harley would show up to save Ivy at the end.

I’m thinking it may be the L.O.D. who trapped Ivy. Lex did seem pretty envious of her powers stating “Love that. You’re the only one who can do that.” when she tangles him up with vines". Perhaps he needs those powers for a certain mission and that is why he has invited her to join so many times (148). I don’t see why it would be Floronic Man.
Possible sure, but I don’t see why he would prevent her from destroying that place being that its killing the green, have henchmen, or not just approach her directly if he was looking to team up.

Actually, I think it was just some strong herbicides. Joker gas would’ve made her laugh, and I’m pretty sure shes immune to it (like most toxins and poisons). I think the whole company was a setup to get her attention, it was just way too over the top to be just some random company. I do agree it was probably Lex who set it all up though.

“What did you say to Black Manta to illicit such rage?”

This show really found its footing. The first episode or two really felt like it was trying too hard to show its “matureness”, and I was rolling my eyes for quite a bit of it. But I gotta give the show credit, it QUICKLY became one of my new favorites. This show kicks ass!

I’m betting Harley will have to team up with Kite Man to save her. 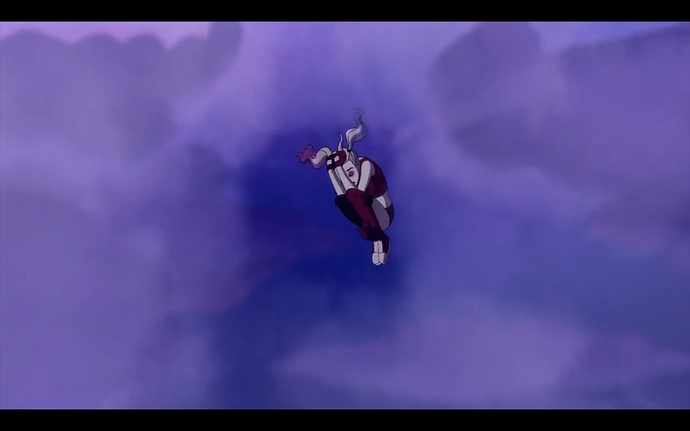 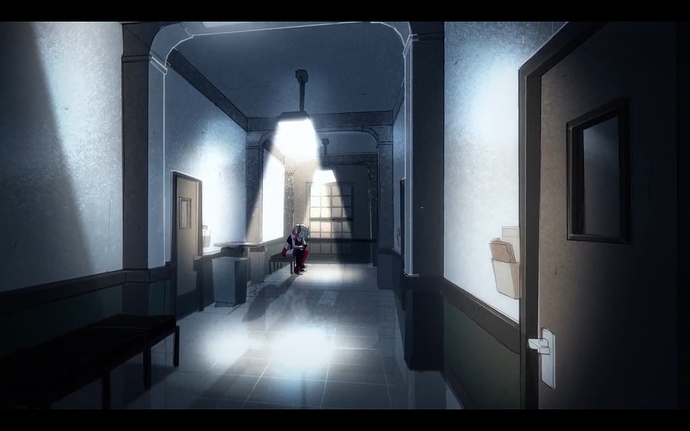 Which shot had the most emotional impact to you?

I don’t know it’s hard to choose because both scenes are tragic in their own way. The first one is Harley realizing she let herself fall for jokers manipulation and abuse yet again believing he’s changed. And I do like the interwoven flashbacks on top of that, it added an extra layer of emotion for me.

The other one is Harley realizing that because of her actions she lost her crew, her support system, her friends, and her best friend. Now she is completely alone.