We made it to two years everyone!!! Here’s to the future in whatever form it takes!!

Here’s to 2 years and here’s to many more 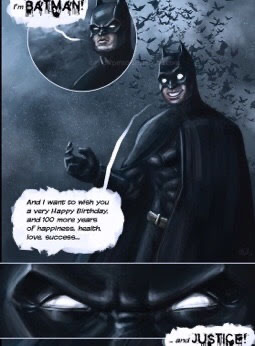 Happy birthday to my favorite subscription!
The only one I subscribe so fast.
At first you had me with Titans show and the other originals then I stayed for all the comics you have,some of the nicest moderators and some cool people in the community.
You truly are the best and hopefully can stay for a long time.
Here’s to you!

1 year ago, Titans Season 2 was coming out and Community 2.0 was just about to launch if I recall. This service has grown so much and I know it will keep growing!

Happy Birthsay. I am very interested in the announcement that is suppose to come this week. We shall se what the future holds.

For those curious, it’s supposed to come this Saturday to celebrate Batman Day.

Happy birthday to the one App I keep open. To the tired nights reading and the warm afternoon watching. Cheers.

Here’s the birthday message I put on Facebook.
It’s September 15th, which means that DC Universe launched two years ago today. I’ve been proud to serve as one of their freelancers since launch. At the time when I got the e-mail, I had still been recovering from some personal traumas, and joining up with DC Universe was one of the first big wins I had in my life since the walls had come tumbling down in 2016. I could go on, but it would be super long and emotional, and I’d like to devote the rest of this space to other things. It’s corny to say, but it’s been more than an assignment.

In celebration of these last 2 years, I’m using this post to celebrate the people who have been with me for this incredible journey. Don’t misread this as a post-mortem. This is me celebrating the other passengers on this journey while the car is pulled over on the side of the road.

First up is Joseph McCabe. I wouldn’t be at DC Universe without Joe, so for that alone I owe him the world. Thankfully I was in the right press room at the right time, and Joe was receptive enough to take my pitches. My friend Stella’s nickname for Joe is “the kind man” and it’s a description that fits. Whenever I’m in Burbank, Joe acts like a genie, making sure any wish comes true. He’s the type of person who will make a friend feel important, and I’ve seen him go above and beyond to make sure everyone is getting the most out of whatever experience they’re having. If a comet hit DCU tomorrow, I would write for Joe at any website he went to next.

Applejack was another early DCU friend, who has never ceased to impress me with her ability to stand on the frontlines during any crazy situation. If you haven’t been following her weekly Office Hours community thread, then you’re missing out. Jackie responds to each comment with a surprising amount of empathy, compassion, and transparency. Her calming presence and can do attitude has set the tone for the Community, and without her it wouldn’t be the positive environment that fans have come to love.

I’ll admit, I was a bit nervous when Dixon Gaines came on as my associate editor, because my “imposter syndrome” mind told me this was another person I’d have to prove myself to and build a rapport, but he was the missing ingredient I didn’t know I needed. Dixon knows how to make something as boring as a scheduling email into a witty back and forth. He gave me the right amount of motivation to be timely, and be more creative, pushing me to find ways to be better.
Alex Jaffe is one of the other freelancers in the bullpen, and the quality of his work forced me to sit up and step up my game. When we met in person for the first time (at NYCC 2019’s DC Universe loft event), I shared a personal story with him. Alex looked me in the eyes, walked over, and gave me a warm hug. He felt the pain I had been feeling, and that was his first reaction. That moment says everything that needs to be said about who Alex Jaffe is.

Kathryn Calamia is another freelancer in the bullpen, and is a great partner to have during convention time. If you’ve ever done press during a convention, then you know how frantic it can get. During conventions, Kat and I watch eachothers backs, making sure we all get the most out of our coverage. Surviving as a freelancer can be tough, and I’m forever grateful for Kat’s idea sessions, including a recent long phone call where we leaned on eachother for advice, intel, and reassurance.

Would you believe Donovan Morgan Grant is here too? I just can’t escape this guy, and truthfully I wouldn’t have it any other way. If this were a sitcom, I’d wonder how two characters could constantly be working at the same places together, and state that would never happen in real life. That’s because there’s nothing “real life” about my friendship with Donovan – we are Troy and Abed. Guess which one I am?
The other freelance bullpen members, like Kyle, Tamara, Eric, and too many to name, have been great as well. I haven’t met them in person, but I hope to one day so we could build on all these experiences.

Happy 2nd Birthday DC Universe, and thank you to everyone who has made my tenure (so far) awesome! 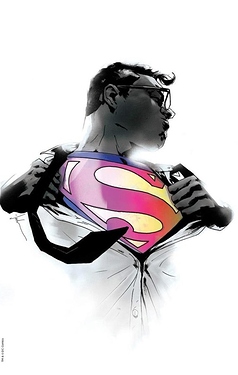 You are a huge part of my DC Universe experience and I couldn’t be more thankful for your presence! Thank you for all your hard work!

Seriously though, I remember what it was like when they launched the app, and it is so great to see how much better it has gotten over time. I’ll admit that the recent cutback of original content is unfortunate, but the MASSIVE comics library and this stellar community are two things that have developed really nicely since the app launched.

Here’s to many more years of DCU!

Happy 2 years DC Universe! You’ve got the best Moderators and fans here. I’m thankful I’ve got to know them.

Thankyou for all the shows and movies to watch and tons of comics to read! Happy 2nd Birthday!

Happy Birthday, all! Cake’s in the mail.