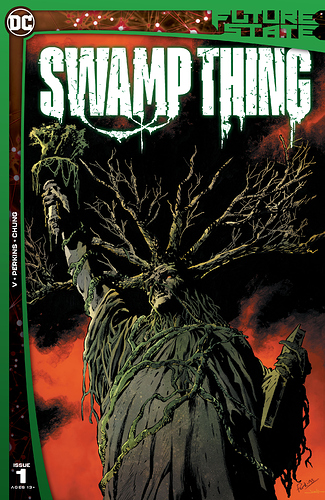 I’m sure that’s lots of thoughts on all the different Future State titles, some very appreciative some probably critical. If you’re a Swamp Thing fan or just dropped in into the Future State title on a whim, this is a spot to tell everyone what you think>

I have one significant unfixable complaint about Future State: Swamp Thing, it’s only two issues long. This end-of-the-world apocalypse story is so interesting, I want to know how we got to where we started the story, what’s Swamp Thing’s plan for the future, what’s he want humans for, what will his plant people think or do. And that’s before we even get to the Obsidian and whatever evil plot is going on. And, the art is fantastic and perfect for Swamp Thing.
I’m very excited that this is the new creative team for Swamp Thing post Future State, good things are coming

This is one of only two Future State books that I will be getting/reading until the rest populate here on DCU Infinite and I enjoyed the story and the world that it created. I agree I wish there were more issues - a six issue miniseries would have been great - as there’s a lot to get to in such a short time. Who is Indigo and why is he such a cynic? Why does he keep alluding to secrets - what does he know?

I really didn’t get the ending as I wasn’t sure who Obsidian is but I liked the teaser for the next issue and I really liked the idea of the humans having to retreat to where the green could not survive - the extreme north.

Looking forward to issue #2 of this and seeing how it all wraps up. Thanks for starting this thread.

Obsidian is or at least was Alan Scott’s son and brother of Jade. I’m not sure who the villain is.
6 issues would have been prefect. Like you say, humans retreating north, that’s really interesting.

I was wondering who that villain was also and was going to ask you…shucks. Not familiar with this Indigo fella either. I will be back later probably to break it down more but I thought it was okay overall. I appreciate the writer trying to incorporate some plant phys to the story and certainly liked the plant/human hybrid anatomy art. Plan on stopping by the club thread that’s covering the ST digital to share my thoughts.

Indigo is new as far as I know

Obsidian is Green Lantern’s son. He has a mental illness and alternates on being a hero or a villain due to his various issues. His powers include black constructs and mind control.

I really hope he becomes a key character in Stargirl.

And, not that it has any impact on this story (as far as we know) he was the first DC hero that I’m aware of that was depicted as gay.

He is the first I know of.

I really enjoyed this issue. The far future, post-apocalyptic setting made it feel like the most unique of the Future State issues that released this week, and I think it’s doing some of the most interesting things with the Swamp Thing character/mythos since arguably Alan Moore. Swampy’s – or should I say, “Green’s” – struggle with humanity is rather fascinating.

Here’s a character who is seemingly completely separated from their humanity, who has created a new intelligent species of life to try to repopulate Earth after humanity almost destroyed it. He has seemingly forgotten everything that made him human – and yet his fixation on making this new lifeforms as much like humans as possible, his making his children their mission to find any humans they can…it seems very possible that Indigo is telling the truth, at least to a certain degree.

I’m just sad that it’s only two issues, as others have said. Luckily, at least we’ll get a ten-issue mini-series from this same creative team in March for Infinite Frontier. 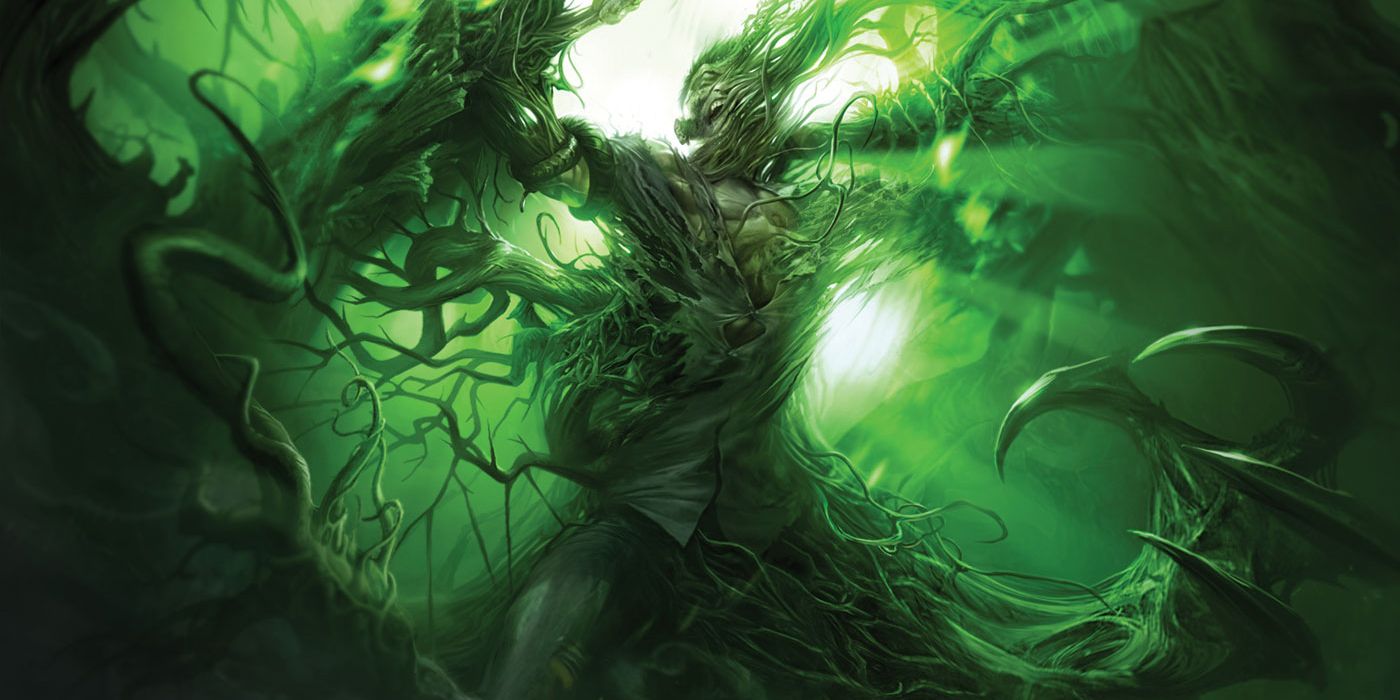 March 2021's The Swamp Thing #1 introduces Levi Kamei -- DC's first lead character to hail from India -- as the new Guardian of the Green.

I’m fully along for the ride for their next series just based on this. It is impressive how much world building they got done in one issue

#3 Swamp Thing #1 → I loved this issue. It breathes such a different take on Swamp Thing. It’s not a story focused on the Rot, the Red, or even a horror story. It’s a post-apocolyptic story about family. It’s a story about inner tragedy and hope, and loneliness. The characters all have very different personalities and feel distinct. The lettering (which I rarely have an opinion on) did wonders to keep the clarity going. I have full faith in Ram V’s upcoming Swamp Man run.

The main point (besides just it being a good story) is that it does tell you, pick up the new Swamp Thing series.

It is definitely more out there – I mean, nothing shown here even confirms that it’s Alec as Swampy, it could very well be this new Swamp Thing that will be in the upcoming maxi-series, or a new defender entirely.

That said, it is from the same creative team (or at least the same writer), so one could argue that if you liked this story, chances are you’ll like the series starting in March.

Well, issue #2 leaves a number of questions still out there. Which Swamp Thing is this, and why did he practically destroy the human population of Earth? But, what we did get I found fascinating. No one should ever trust Woodrue. On the big sacrifice, I actually think Swamp Thing was wrong. At least as far saying that his creations, that I now take as manifestations of his personality, don’t have the capacity to grow and be different and better. Their sentient creatures that should emotion. One went so far is to give Swampy the middle finger by offing himself before he was killed. If you can do that, you have the capacity to change, if you can change you can be better.