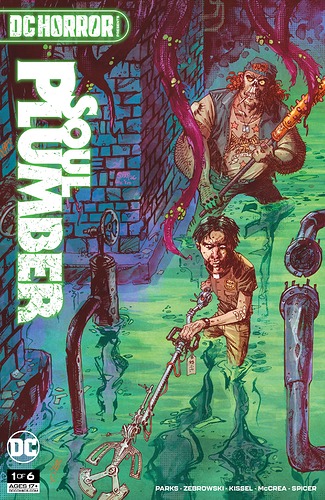 DC HORROR PRESENTS: SOUL PLUMBER #1 PREVIEW - AFTER ATTENDING AN EXORCISM SEMINAR IN A HOTEL, EDGAR WIGGINS CREATES A MACHINE TO TRAP EVIL SOULS. UPON TESTING THE MACHINE, EVERYTHING IS NOT QUITE RIGHT. CAN EDGAR SAVE THE WORLD FROM HIS OWN MISTAKES?

DC Horror comes back with a brand new tale featuring Edgar Wiggins as a hapless gas station attendant. Here’s a first look at what’s in store! 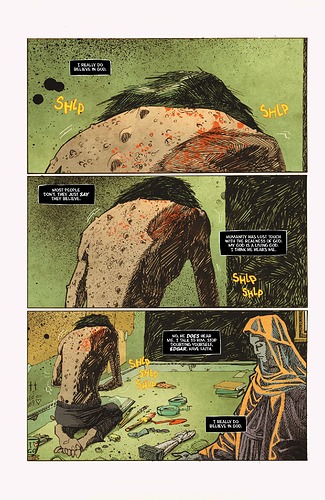 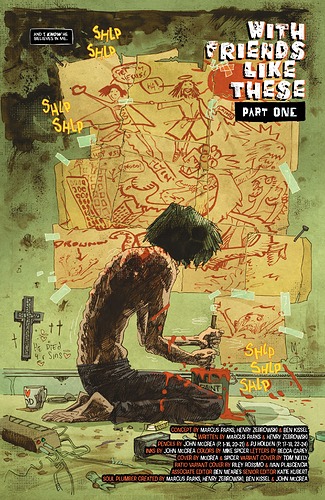 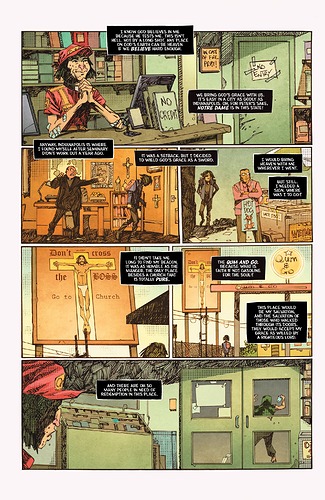 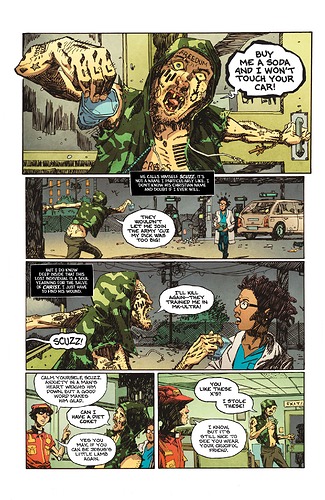 Synopsis: From the creators of The Last Podcast On The Left, exorcism just got a whole lot easier. After attending a seminar hosted in a hotel conference room by a mysterious group called the Soul Plumbers, Edgar Wiggins, disgraced former seminary school student, discovers what he thinks is the secret to delivering souls from the thrall of Satan. But after stealing the blueprints and building the machine himself, out of whatever he can afford from his salary as a gas station attendant, Edgar misses the demon and instead pulls out an inter-dimensional alien with dire consequences for all of mankind.

Are you excited for more from DC Horror? Let us know in the comments!

Being that next week is such a light week in new releases for me, I just might pick this up.

From the preview, it appears to have a delightfully off-kilter way about itself.

Plus, I like John McCrea plenty, so there’s another reason this is of interest.

I have this on my pull list but my comic shop will be closed next week due to the owner taking a vacation.

I enjoyed issue1. Intrigued to see where this story goes, Like i’ve said in other threads this isnt my usual cup of tea but im glad i gave it a read.