Favorite Comic Artist of All Time

Who is your favorite comic book artist of all time? They can be currently working or retired, the only requirement is that they’ve drawn a comic. My list is below:

I have very diverse tastes.

Shoot…forgot to mention Alex Ross. Wish he would do some new DC stuff.

Ooh! This list is a challenge! Everybody’s named such great artists…

And I better stop before the list gets too out of control. Was about to add Manara, so let’s just stop there.

And shout out to every artist everybody else has mentioned as well so far!

@DeadmanBrand
Dang it! I forgot Bernie Wrightson! Such good work.

@Batwing I have a special place in my heart for horror artists, as you can see haha

@AnimalPerson
That is awesome. Don’t I wish…

In all seriousness, some others I like are Bruce Timm, Darwyn Cooke, and Neal Adams. There are a couple other Bronze or early Dark Age artists like John Byrne, Jim Aparo, and Eduardo Barreto who are pretty good. Alex Ross’s art is kind of cool and interesting, but it looks a little stiff, which is probably just a natural consequence of the fact that it’s painted. Jim Lee draws a good action scene, but the style is a little gritty for my taste and the characters all look kind of samey (sort of the opposite of Ross, now that I think about it). Graham Nolan is pretty good. I liked his work on Detective Comics. I loved David Mazzuchelli’s (I probably misspelled that) art on Batman: Year One. Jack Kirby’s style is a little odd, but really suits his writing. I’d almost rather see an animated show drawn in Kirby’s style. He was very good at bringing out the movement in each panel, so I feel like it would work better if it were actually in motion. Now that I’m thinking about Gold/Silver Age artists, Dick Sprang did great work on Batman. His art is just fun to look at. I also think that while his later, traced work is rightfully mocked, Greg Land’s early stuff back when he did his own art is actually surprisingly good (which makes the tracing even more infuriating because it’s a waste of genuine talent). While I’m thinking about artists who worked on Birds of Prey, there’s a short run (the stretch between Chuck Dixon and Gail Simone’s runs) with art by Casey Jones (who apparently only worked on that and an equally short run of Outsiders) that is really nice-looking.

(And that was all kind of stream-of-consciousness, so I’m sure if I thought about it and looked at some of their art, I’d decide that there are a few up there who I only like because they drew things where I like the writing, but they’re all at least solid.)

I’m not sure who my second-favorite comic artist is, but it’s definitely a distant second, though. Perez must just have incredible control and coordination to bring out the level of detail and consistency he does. He also has a fantastic ability to give each character a unique facial structure, down to the shape of the eyes. Everybody talks about how he’s good at drawing group shots, and he is, but I think that’s understating how talented he is just in general (especially since he’s a really good writer, too; his Wonder Woman run is excellent).

@BatJamags
On your comments about Alex Ross and Jim Lee, I do agree, although I like Alex Ross more even though Jim Lee’s style works better for the sequential medium that comics are.

Top 3
1: Neal Adams (he really brought in the classical/Renaissance anatomy structure to the human form.
2: George Perez: he could draw 20 characters in one panel and each was unique and personally expressive.
3: Jack Kirby: his style is just so bold and powerful and in your face. The most distinctive style in comics I’ve ever seen. You read your first Kirby book and KNOW instantly who drew it when you pick up another book if Jack drew it.

@BatJamags Oooh David Mazzucchelli (looks at his copy of Asterios Polyp five times while typing to spell it right) is a genius! Asterios Polyp is a masterpiece. Lucky to have him draw such a classic Bat-tale! 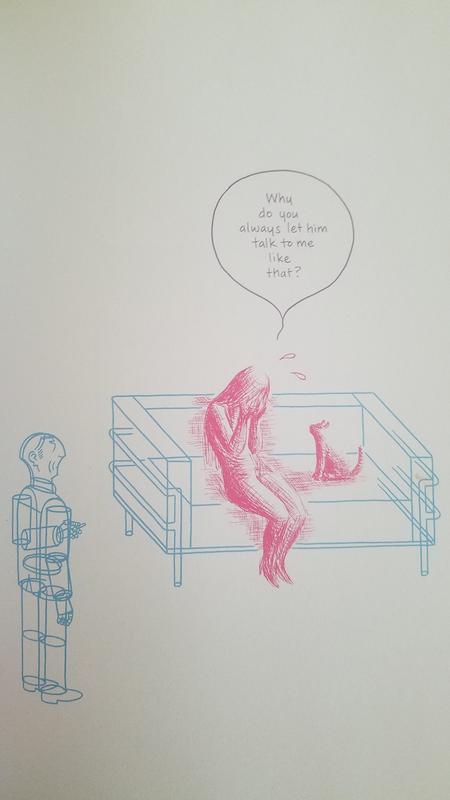 @DeadmanBrand
I know, right?! Look at his art on Born Again, then Year One, then Asterios Polyp. They look like three different artists, and they’re all equally amazing.