Since there doesn’t seem to be a topic specifically dedicated to the new season of Doom Patrol, I thought I would create one.

Anyway, I watched episode 3, “Dead Patrol,” tonight and having seen the first three episodes, I think this is going to be a good season. It was great seeing The Brotherhood of Evil and Madame Rogue. I do hope The Brotherhood of Evil will show back up this season. I loved Garguax and the fact that his valet actually turned out to be more evil than he was in the end. As to “Dead Patrol,” I loved the Dead Boy Detective Agency and the portrayal of the afterlife. Anyway, I am really looking forward to the rest of the season. 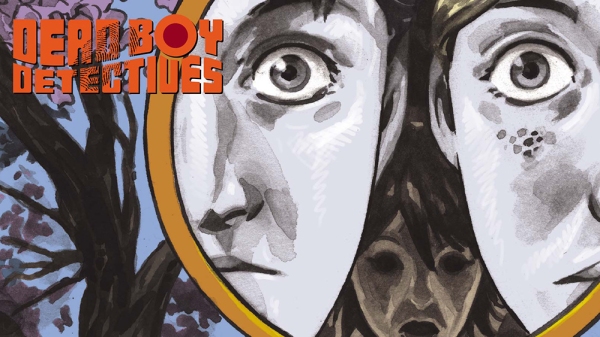 HBO Max has ordered a pilot for a potential “Dead Boy Detectives” series, Variety has learned exclusively from sources. Based on the DC Comics characters created by Neil Gaiman, the one…

Oh, that is cool! I will have to check it out when it comes out.

Loved several touching parts of Dead Patrol. I think the strength of this show has always been moments of emotional significance, not necessarily the action. Just when the characters are talking and feeling.

I think my favorite part of the three episodes so far has to be during Vacay Patrol when they were all dancing together. Kay’s inner child was able to shine for a moment. It was a beautiful scene.

The scene when they were dancing together sums up Doom Patrol perfectly for me. It was beautiful.

Loved every moment so far. I watched all three season 3 episodes this weekend. I didn’t even binge the first 3 because each episode was satisfying! I watched it on different days.

I love the new direction the characters are going in. They’re growing. I like seeing Dorothy is growing into her own as well. I’m always rooting for her.

I didn’t know about this spin off and I am really excited about it. They were all amazing and I’ll be watching.

I also will have to look up the comics because I did really enjoy them.

But season 3 has been great so far. They set up a lot in the first 3 episodes I can’t wait to see what else happens.

Besides seeing our favorite characters back it’s cool we keep getting new and interesting faces showing up and old ones as well. So fun!

I’m particularly curious with Rita since there’s seemingly something special they’re building up for this specific season: between her failed stunt to be a hero to then be given the keys to the castle (so-to-speak) by Chief, being the only one to not pass out on the death boat thing, the mysterious guy who recognized her and the mystery-digger woman (who I believe is Rita from the future or her daughter from the future). They just remind me of each-other that it’d be hard to believe there’s no connection or story entanglement with those two especially.

I wasn’t sure what to expect from the Dorothy and Candle-Maker confrontation. The resolution is satisfying and makes sense imo, just wish we might’ve gotten more time dedicated to it. Thinking back to Season 2 he was so menacing and disruptive to Dorothy and her life in general that it kinda felt a bit quick for how it was wrapped up.

As morbid as it was I loved the Larry losing-his-mind energy. Even when dealing with his friends death he’s somehow both tragic and funny. Especially looking back at how close to the chest he kept his emotions in the past to then see these different sides are thoroughly entertaining to watch. And the Dead Boy Detectives calling out Larry’s sarcastic wit was a fun bit too.

Episode 1
Felt more like what the finale was supposed to be as they got caught and episode short. A peaceful ending was interesting but nice. Then dealing with the chiefs death just lead to a lot of very sweet moments between Larry and Dorothy or Vic and his pops and more. The. The Miranda sorry wrap in a dark twist but the end was very sweet.

The the end scene of Rouge and post credits of the Niles head being dug. Is he about to be jard. Speaking of Nike funny with the Ghost thing

E2
They’re off on there journeys of recovery. Larry out in Space with the spirit. Cool visuals and such. The gone. Poor Larry.

The rest dealing with your there issue. Sack Rita was fun. Cliff locking up and a new Gramps. Cyborg without WiFi. And Jane and Kay trying to grieve.

The BoE was cool. Brain and Malla were great. Hope to see more.

Garguax was great. Just done and ready to retire then the servant goes crazy.

The dance scene was fun and sweet very DP. Then it was literally there last dance. They die and the Madame Rouge twist. Interesting

. The Danbulance arrives with the Dead Boy Detectives. Cool people. Interesting after life. Sweet moments with them and the family. More or less.

Cool backstory from the DBD. Interesting for there show. Definitely a nice intro to them. The lantern fish guards look very cool.

That person who knew Rita. I think it may have been Rouge they knew maybe

The it’s just vomit got me

Then goodbye to Dorothy for now. They aren’t the best with those.

That dance scene was touching. I’m hit and miss with that song, but this was one instance it was a hit.

Nice catch! I didn’t realize it was him.

Y’know, we’ve seen a lot of weird, mind-boggling things on this show… I think episode 4 takes the cake for me

these “Digging Deep into Doom Patrol” segments at the end.

Freaking knew there was a Rita & Bird lady connection! Just not the way I expected which makes the mystery all the more exciting and unexpected!

The actress has been doing a great job at conveying the d*ckish-ness of the character while still being entertaining to watch. That along with those bits of genuine emotion and care really adds to the richness of the character and material. Looking forward to see where her journey goes.

‘If’ this is the last of Chief + Timothy Dalton we see then all the way to the end they’ve done a great job at representing this morally-complex character + relationships between him and the Doom Patrol.

Chief’s final goodbye getting eating by his zombified team is the most unconventional goodbye I’ve ever seen which is perfect for Doom Patrol! Glad Jane got the closure she needed with Chief. Again, mixing in the emotion within the crazy-ness is what I love so much about this show.

I’m guessing Negative Spirit #2 or maybe the spirit never left and was in slumber or reborn like a phoenix making him more whole like the lady and her negative spirit. hmmm not sure…

I wonder if Vic using the mirror to reflect both sides of his face with skin is foreshadowing of him looking into the synthetic skin stuff.

A lotta’ interesting aspects keep building, intrigued to see where our characters go on from here.

This was definitely one of the more bizarre episodes of Doom Patrol. Niles as a head without a body; our time traveller is Madame Rogue ( AKA Laura DeMille); The Sisterhood of Dada; The Doom Patrol gets zombified; Butts; Larry either has a tumor or he’s pregnant; and more. I wonder if on the show Madame Rogue will be connected to The Brotherhood of Evil?

I can’t screen capture it but around the 8:18 mark Rita saw Madame Rogue’s jacket and she had a logo on it that looked like The Brain.

I’m sorry, but this made me laugh out loud because of the way it’s written in your post

E4
When you think the show couldn’t get any weirder it tops itself.

They go to fight an old foe who is a where butt. Just yeah. And now a zombie where butt.

Laura trying to figure out who she is and her connection to Niles. Interesting and sadish.

Great Value Constantine (always forget his name for some reason

). Help out his way and is in love with the Hirse head. Fun.

Niles says his final goodbyes (maybe) and sacrifices his brain for his family. Very sweet and weird closure.

What’s next for Laura? Is Larry dying or pregnant? What will happen to Clovertown with the Zombie Where Butt? All this and more Same Doomed Time Same Doomed Channel

Cool! I missed that.

Now that you mention it, that is pretty funny! I am not sure how to describe “Larry may be carrying a baby negative spirit…”

Big fan of tjhs show since season 1. Season 3 has been great so far, Hope Larry doesnt die. He and Cliff sre my favorites.