I saw this article where the Chief Content of HBO MAX talks about DCU. I included the question and his answer below. Good news for DCU so far.

HBO Max's content chief, Kevin Reilly, also talked about what to expect from Max's DC originals and the status of the "Harry Potter" movies.

Clark: Earlier this year [at a Television Critics Association panel], you mentioned you were still figuring out the subscriptions between HBO Max and DC Universe [which is owned by HBO Max’s parent company, WarnerMedia]. Now we know that “Doom Patrol” [a former DC Universe exclusive] will stream on both Max and DCU simultaneously. How did you come to that conclusion and should we expect other DCU shows to transition over to Max?

Reilly: There have been extensive discussions around DCU because DC is such a valuable entity to us and the depth of fandom is so important. So we really want to figure out how we walk this line for fans where we have a deep fan engagement, which is why DCU was designed, and a broader fan engagement.

That is evolving but there were high-end series that DCU produced that felt like, budgetarily, we could handle from a business model better, and bring along and service that swath of fans. “Doom Patrol” was a show we identified that had deep love for it and tucked right into our portfolio.

[A Max representative later told Business Insider that there are “no current plans for any other DCU show” to move to Max.]

Yea, I kind of figured Doom Patrol was a special exception. But glad to hear it from a verified source

Well, this also mean it’s a pretty much guaranteed that any HBO DC shows will never see the light in DCU too.

Doesn’t bother me since I have HBO Max already.

I’ve said it many times before and I’ll say it again, sharing DCU originals with other services means literally nothing but great news. I know the idea of an exclusive sounds nice, but they’re such a small part of the service that if that’s all you’re subscribing to DCU for then your money is probably better off spent else where. Sharing shows like Doom Patrol means they get the chance to get a much higher budget and be seen by more people. The fanbase can grow and the series can develop and be even better with the monetary funds it deserves. There is no downside here whatsoever. I’m fine with sharing any and all DCU originals with Max.

DC Universe is about so much more than just streaming content, so series like Swamp Thing, Titans, Doom Patrol, and Stargirl also being syndicated/simulcast elsewhere means nothing whatsoever with regards to its future.

The only thing that syndication/simulcasting does is get those series in front of audiences that might not see them otherwise and potentially incentivise people to come to the service to get more of - and find out more about - the heroes and villains in those series.

Who here can actually get HBOMAX on their TV though? It isn’t available on my streaming platform(roku)

I think you need to use Chromecast or the HBO Max app.

They haven’t finalized deals with Amazon or Roku yet, but it’s available on most other platforms…including PS4 for those who get that irony.

They confirmed it won’t due for Amazon fire
@Mae, “Chromecast”?

Yeah Chromecast is probably the best thing for streaming. Most if not all video-streaming apps support it: 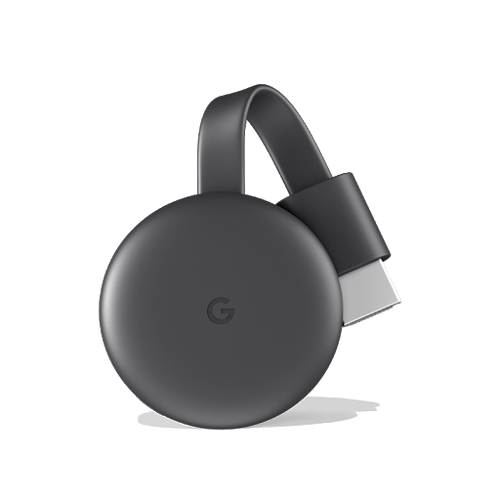 Stream your favorite entertainment to your HDTV.

It’s cheap and in my opinion better than things like Roku.

They confirmed it won’t due for Amazon fire

Or Roku. Same issue - they haven’t agreed on financials yet.

@ralphsix, I don’t think they’re negotiating with Amazon; also, shouldn’t they have gotten the negotiations settled before the service launched?
@Mae, I already have a Roku device hooked up to my TV; my TV doesn’t have google store

Yes, they are. Just currently at an impasse. May never happen if they don’t agree on money.

I think it’s because Roku and Amazon had a deal with HBO where they can show certain shows on their app without added HBO fees. I know if you have Prime, you can watch certain HBO shows without having HBO subscription.

With HBO Max, HBO wants a different deal but Roku and Prime wants the same deal. I think this is what’s holding this back.

If you look into HBO Max’s launch and advertising mess at all, you’d see its all big cluster you know what lol.

So after looking through the HBO Max lineup today, I may drop it until something new from DC comes out. I jumped to get in at the 11.99 price, but seriously there is nothing of value there. I will check out Watchmen and then drop until something new shows up. $11.99 too high, and $14.99 is silly for what they are offering.

I don’t want to sound negative, but there at least should have been something at launch other than promises.

So after looking through the HBO Max lineup today, I may drop it until something new from DC comes out. I jumped to get in at the 11.99 price, but seriously there is nothing of value there. I will check out Watchmen and then drop until something new shows up. $11.99 too high, and $14.99 is silly for what they are offering.

I don’t want to sound negative, but there at least should have been something at launch other than promises.

You sound new to what HBO does (no offense). HBO didn’t get their reputation because of DC. It’s because of Sopranos, GoT, The Wire, Six Feet Under, etc. Just to name a few. DC is just another bullet they can added to their arsenal.

Does anybody know if they have Everybody loves Raymond on their service? I was just wondering.

I don’t think that show is on there, I searched for ya but nothing came up.

Ok, Thankyou so much @Barrys.Better.Half.