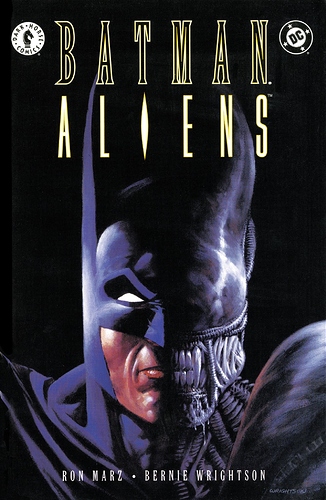 He’s seen many faces of terror from his years watching over Gotham City—he’s seen murderous clowns, strange creatures and all forms of psychopathic killers. But he’s never seen anything like this. Amongst the Mayan ruins of the Amazon forest, the Dark Knight of Gotham is out of his element as he faces an intergalactic infestation of…Aliens!

Welcome back to another exciting week here at DC Universe Book Club! DC Universe’s very own community run book club. I’m so happy to see you!

This week we are headed to the Amazon Rainforest with our favorite Caped Crusader! Batman/Aliens is the crossover you didn’t know you needed! I can’t wait to hear what you think.

we are headed to the Amazon Rainforest

I never even knew Batman had a crossover with Aliens

…Okay, if I knew before now that this had Ron Marz writing and Bernie freaking Wrightson on art, I would have read this bad boy a long time ago!

And yeah, @Lecouch84, there were several Alien/Predator crossovers with Batman and Superman.

This discussion reminded me of one of the first big/influential Batman fan films slightly based on this called Batman: Dead End.

Comics are home to so many great crossovers. I love a lot of the Archie ones. Archie and Punisher come to mind.

What did you think of this week’s book??

For anyone interested, NECA produced a San Diego Comic Con 2019 boxed set based on this story (eBay photos):

Front of the box: 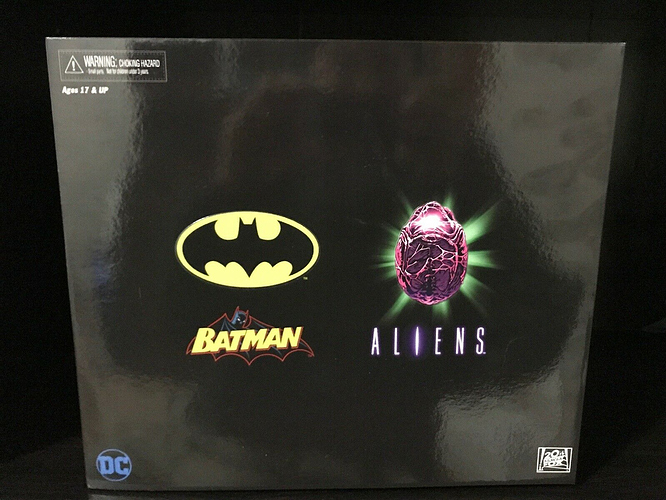 Box-flap opened to show the figures inside: 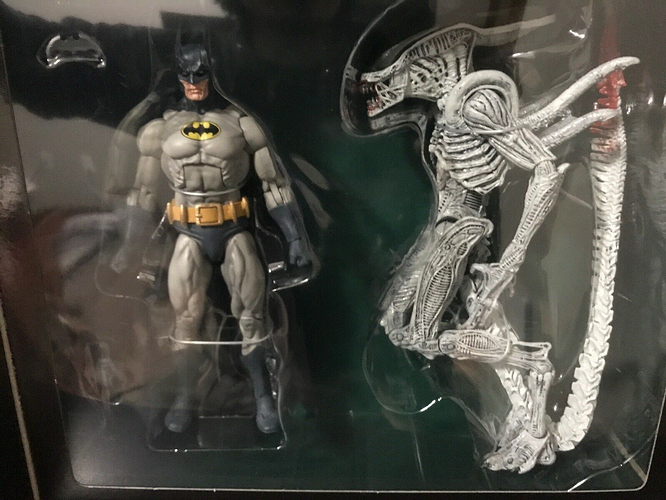 Thanks for the read @MattMcDonald. I was hoping my re-read of this book would endure me to it this time around, but, nope, its still an entry in the “Goofy Crossovers” stack for me.

Looking forward to next week’s pick.

First club i joined just a few hours and read this creepy but predictable crossover for the first time. Its an average story both parts with unlikable characters (including Bats ) and good art that saves it. 3 stars

So yeah not horrible but not good either

Opening scene did not disappoint: 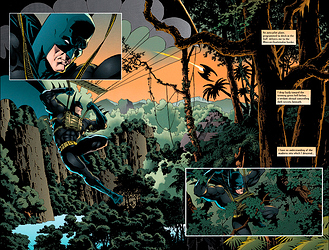 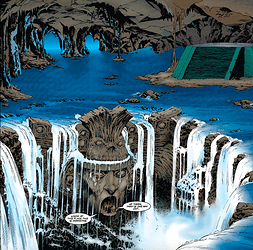 Beautiful descriptions - which I don’t often see in comics. 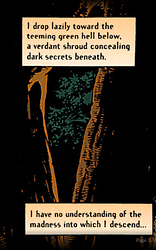 More thoughts:
It was scary and fast-paced, but I felt some relief knowing that Batman would be ok because he’s Batman

When the woman became a traitor I was surprised for a second and then remembered they gave us the hint about her ambition. I should’ve seen it coming!

Batman vs. Gator is something I didn’t know I needed: 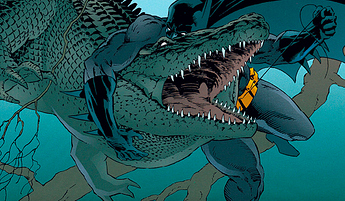 Now I wonder what other franchises Batman has crossed over with.

This was a fun story - thanks for the unique pick Matt and the trip down memory lane!

Is this your first time reading Batman/Aliens (1997)?

Yep – like I said, if I knew the creative team was this, I probably would have read it sooner. Overall I really liked it. It really goes to show just how adaptable Batman is as a character, that he can fit in to stories like this and still work pretty well.

What is your experience with the Alien franchise?

I guess you could say semi-casual. I’ve seen Alien and Aliens loads of times, I think I saw Alien 3 and Resurrection only once. Prometheus I saw a couple of times and haven’t seen Alien Covenant. The only other outside media I’ve done with the franchise before this was the Alien Isolation video game.

What did you think of Dead Man’s Hand?” Who was your favorite member?

They were decent. At first I saw them and thought “oh, this is just them doing a retread of the Colonial Marines from Aliens,” but most of them seemed to have at least a little decent twist to them. That said, I can’t say there was enough to say any of them were faves. Maybe if that one guy freaking out actually screamed “Game over” he might have been it.

There’s a lot of pretty good ones, though I guess the one that pops to mind is the double-page spread near the end of the Chonky Xenomorph looming over Evil Ripley and Batman.

Now I wonder what other franchises Batman has crossed over with.

I think a better question is what franchises Batman hasn’t crossed over with. I mean, just on DCU alone we have:

There’s also a Batman/Aliens 2 under the “DC Comics/Dark Horse Crossover.”

And there’s plenty more that aren’t on the site. On Comixology I see:

And I’m sure there are more tha haven’t been digitally published on either site yet.

I think a better question is what franchises Batman hasn’t crossed over with.

This is part of why I love the community - someone always graciously and enthusiastically has an answer to my many questions! Thank you so much @Jay_Kay

There’s also a Spawn/Batman crossover, which was pretty good. The same can’t be said for Batman/Daredevil though.

Thanks for the head’s up! @Vroom

Oh yes, Spawn/Batman, that’s a favorite of mine. So many of these stories have the heroes crossing over in conflict at first, but grow to respect each other by the end of the story. Not that one though. Batman and Spawn hate each other and think the other is a total toolbag until the very end. It’s great. 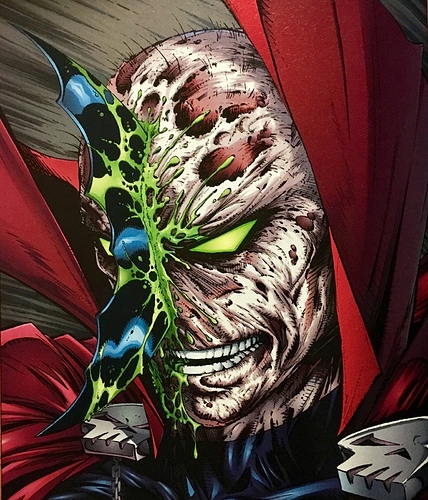 (Fun fact: the crossover does technically count as canon within the Spawn comic because Al keeps the batarang scar he got from that story for a while.)

Thinking of the Spawn/Batman crossover makes me hopeful that McFarlane Toys will produce a two-pack or a box set based on that book next year. It strikes me as something that Todd would want to check off in his first year.

Who knows, maybe we’ll get a new comic out of it – after all, Snyder/Capullo did do a story for Spawn #300…

Is this your first time reading Batman/Aliens (1997)?

Yes, first time, but I think I read the sequel. Or maybe I’m thinking of Batman/Predator, I don’t know. I liked this a lot better than I thought, I would, maybe because I had really low expectations after reading @Vroom’s comments. Thanks, Vroom!

What is your experience with the Alien franchise?

I’ve seen the originals right up through the one with Wynona Ryder, but if there’s been any since, I’m clueless.

What did you think of Dead Man’s Hand?” Who was your favorite member?

The captain. I like this a-hole leader characters who are jerks but are still right. You know - like Batman.

There were a couple of splash page reveals of Aliens that were great. But it’s Bernie Wrightson so I would expect it to look good.