Hello again! Apparently, this week’s villain, Kilg%re, is quite thorough in his attempts to thwart Cyborg. He even removed our initial Cyborg thread!

This week DCUBC is heading to Detroit to hangout with Cyborg. He’s been feeling a little less human lately, let’s find out why!

Our spoiler discussion begins now and ends at the end of the day on Sunday, May 5th. So jump right in and share your thoughts!

Feel free to share your thoughts, favorite moments, and reactions to the story.

Questions, Comments, Concerns? Feel free to reach out to me, JLWWSM, on Discord or via email: JLonDCU@gmail.com. 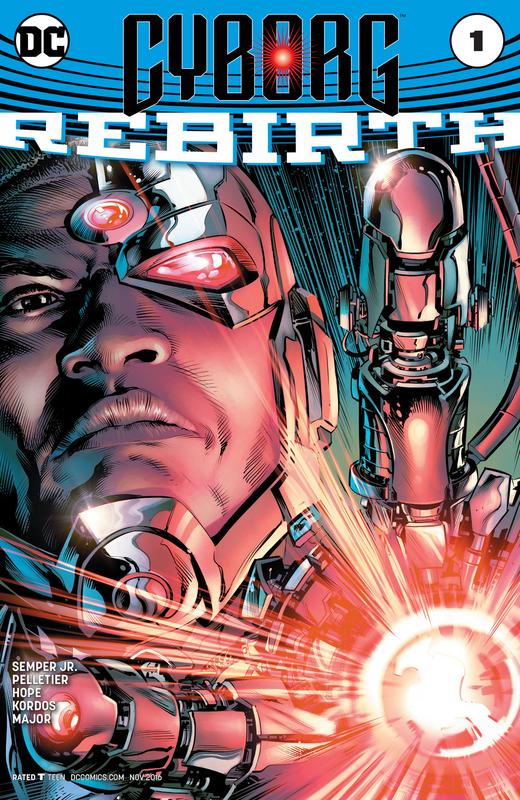 Welcome back from The Phantom Zone

Glad the thread is back. shakes angry fist of rage at Kilg%re Cyborg shall not be thwarted. Here are my answers to the questions, as best as I remember them.

Yes, I had never read a solo Cyborg story previously.

There was a panel that had all the robots that the main villain had taken over. I loved seeing some characters that don’t always get a ton of love on that screen. I wonder if those characters come back up at some point in the rest of the series. Since the thread was sent to the phantom zone, I am going to state further that I am actually going to buy the first three volumes of this series because I liked what was here so much.

I read this question before reading and I thought for sure Sarah was going to be a villain. Her story took a drastically different direction than I thought it would. When it arrived at the ending, I felt myself crying for this character. I am glad I misinterpreted her place in the story. I am intrigued by the character and am interested to see how that is resolved, if it does.

Starfire! I don’t think he gets a lot of time with this former “New Teen Titan” member because they are often linked to other characters. It would be interesting to see how they would play off each other because they are such distinct people and they don’t often work together. Maybe this has occurred somewhere and I am just not aware of it, but it would be fascinating to read.

I loved reading Cyborg this week and looking forward to seeing other’s opinions of these issues. I fell in love with a character that I didn’t think I would from this book club reading. Glad I joined up this week.

@PrincessAmethyst
Thanks again for letting us know the original thread had mysteriously vanished! And a HUGE thank you for reposting your response.

I liked Sarah from the start. She clearly had a crush on him and really cared for him. But by the end of issue for my heart ached for what she must be going through!

Starfire / Cyborg would be a fun arc! They both have strong and charismatic personalities, and as you mentioned they don’t often work as partners. That would be fun to read.

I’m glad you enjoyed it and I hope you like the rest of the series! This arc had a lot of heart, IMO.

2 issues in and I’m liking it! I think I’ve read the first issue when it came out originally, but I didn’t remember anything. So it feels fresh!

I see the sweatpants thing as kinda a comfort thing? Like that’s how he worked out before the accident. Probably makes him feel more human.

Also, I’ve always wanted to see a story where Vic Stone and Kal-El team up to fight Hank Henshaw. Superman/Cyborg vs Cyborg-Superman! Partly because I think it’s kind of clever, but mostly because I really think all the characters are great and would interact in interesting ways.

I love that you called out the sweatpants! I didn’t even think about that. I see it like @MattMcDonald as a comfort thing.

IMO, by blocking out the memories, Silas contributed to making Cyborg less human. Our pain is part of what makes us human. We grow and learn from pain. By removing the painful experience that made him who he is, he lost so much of himself.

@MattMcDonald
That “fresh story” feeling when reading a comic is lovely! =)

@hannahward1850.60572
I’ve never heard that saying before about Frankenstein, I like it! And I agree, Silas can be one or the other. But I truly believe he loves his son.

I totally agree that it’s a comfort thing. Maybe he’s just superstitious (or even a little stitious) like most athletes. Even Michael Jordan didn’t feel right about taking on the Monstars in Space Jam without his lucky shorts. Just funny seeing Cyborg go from no pants to sweatpants. 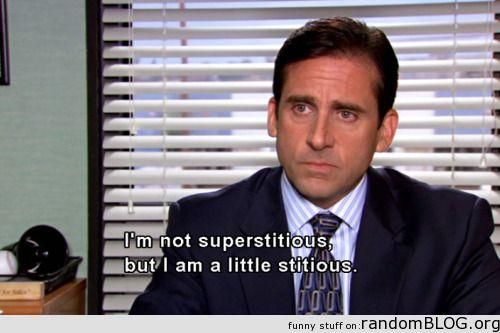 2.) I guess the most memorable twist would have to be the body swapping of Silas. I really didn’t see that coming.

3.) I like Sarah, but i actually don’t like that she is hiding her past with Vic. To be honest i don’t really understand the whole memory wiping thing, and it’s purpose.

4.) My answer for any team up is Green Arrow.

I liked this book, but it did kinda wear out it’s welcome towards the end. I don’t like a lot of artist switching and it was pretty noticeable here. Also the writing was kinda, weird? Like what was up with young Vic calling his mom ‘Mummy?’ I will forever give Vic a terrible british accent in my head.

Just small nitpicks. I liked him battling with his humanity. That is always a really touching them that runs through a lot of Cyborg stories. I cannot imagine how hard living his life must be. Also Killg%re was pretty neat. I liked when they punched. Overall a solid 6 or 7 out of 10 from ya boy Matt.

Also, if i remember correctly he said Booyah twice during this arc, which is the perfect amount, in my opinion.

Dude, I literally yelled in fear when I read the attached panel of Kilg%re appearing and talking to Silas in the car. That experience would’ve been terrifying! How did Kilg%re get there? He just appeared outta nowhere. It was a scary-fun moment for me.

I think the art was inconsistent. Some panels were excellent, then others were less than excellent.

The Silas switch was my most memorable twist too. Well played, didn’t see it coming!

I’m curious about how Sarah’s story (and the consequences for her role in keeping the secret) will play out in the series.

I agree, two "Booyah!"s was perfect.

“Is this your first time reading Cyborg Rebirth?”

I believe i had read the first issue or two back when I was collecting all the floppies for Rebirth.

“What was the most memorable or surprising story twist to you?”

Like others have said, definitely Sarah, because while this is the first time reading this book for a considerable amount, she has been around since the very beginning all the way from the first arc of Justice League. I THINK Sarah was even the name of the girl who Cyborg had an on-off relationship with in Wolfman/Perez’s TT comics, so I could be wrong there. I think the chemistry for it was there, I probably assumed they would do something like that somewhere down the line, but the idea that it had happened before and he doesn’t remember was a surprise.

Since I feel like I kind of accidentally mixed #3 with #2, I’m going to go ahead and skip that.

“Who would you like to see team up with Cyborg in a story arc?”

My first thought before reading the book and the discussion was Barbara Gordon, either as Oracle or Batgirl. I think having two characters who are both very adept with technology would be really interesting. I think Cyborg would naturally assume that he would run circles around Barbara because, well, he’s part machine and he’s used to being the smartest guy in the room, and I would imagine being around someone who in some ways could be a peer, if not an equal would surprise and intrigue him. Plus I think both of them could relate to what it’s like to have their worlds completely changed and having to deal with certain disabilities. Honestly, the more I think about it, if DC ever wanted to give Barbara a different love interest outside of DIck, I think Cyborg would be a really strong candidate.

Another one I thought of while reading the discussion was Frankenstein of SHADE, because of the whole Frankenstein talk before, how they do both kind of relate to being created in a way they never expected or really wanted, but learned to live with themselves. Plus the more Frank there is in comics, the better things are, it’s just straight up science.

I can definitely see what you mean with the writing and the art jump.

All the artists, Paul Pelletier, Will Conrad, and Timothy Green II, are solid artists who each do really solid work, but I kind of wish if they were going to do that much artist rotation that they split it up more evenly. Like, maybe have Timothy Green do the dream sequences and Pelletier or Conrad do the real world scenes. But most likely it was done this way because Cyborg is one of the lower tier characters and could switch things around too much without a lot of complaint.

As for the writing…it feels like a really solid bronze age book written in 2016, for better and for worse. It’s good in that unlike some more modern, decompressed books which just feel like a selection of scenes, each issue of this book was old school in it’s structure where each issue had it’s own hook, and was able to explain what happened before in case someone picks it up for the first time, and still forwards the story. It can be awkward in that it makes the dialogue feel very clunky and awkward compared to the more naturalistic dialogue style that’s more popular nowadays. Personally, as someone who has a lot of appreciation for those older comics, I can stomach the occasional groaner line or two for a book with such a great structure, but I get that another fan might feel the opposite.

Speaking of, fun fact I realized while looking things up: John Semper, the writer of this book, was mostly known for kids televison before writing for Cyborg, his most fameous work definitely being writer and story editor for the 90s Spider-Man animated series. When I saw that, a lot of things fell into place and explained A LOT about this book.

@Jay_Kay
I am floored and sooo intrigued by the idea of Cyborg as a potential love interest for Batgirl, outside of Dick. I would read that so fast! I like to read story arcs where DC goes outside of the box for the established tropes of their characters.