DC’s Future State Has Been Revealed

Edit: DC Announces that future state is a 2 month LINE WIDE event like a convergence it seems. At comment 17, the discussion begins.

Last week I wrote an article about the impending DC Relaunch. So when DC officially teased DC Future State, you know its important to take note. 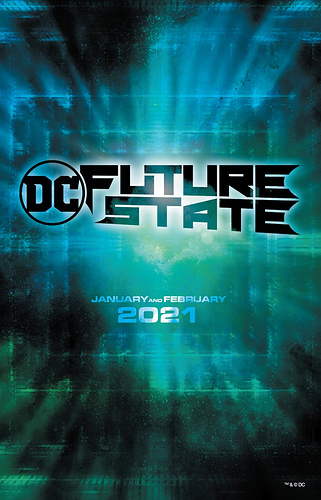 Now, I don’t quite know what DC Future State is, but if I had to guess. It’s a major event/mini-series setting up the rest of 2021. The one thing we know about Future State is that it was announced in Generations: Fractured from Detective Comics #1027. 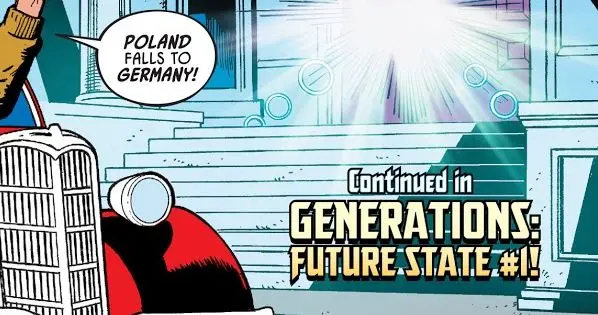 I don’t quite no what it means, but the term future state was multiple meanings. It could be about the Future State of the DC Comics. It could be a story about the future, but if you have read Generations: Fractured. Then we know it has something to do with the 1939 Batman.

What do you think Future State is?

I feel maybe like a rebirth thing. Still everything connects it just cleaned up and bring a new #1 kind of starting pint for people to jump in.

Didn’t Jim Lee say they were not rebooting or starting over tho? It could honestly be anything! I can’t wait to hear what it is. Either way, DC seems to be in a good state now Jim is in charge.

A good state? They’ve axed a ton of books. Bendis Superman and Action is ending…is he going to stick around? Snyder has pretty much started his own thing and basically said he will be doing minimal DC stuff, Percy jumped ship long ago over creative differences.

Jim Lee is a badass artist, but what does he know about storytelling or crafting a universe? The only books that are sticking around are the main characters that sell well. Creatively DC is a disaster.

Lastly, did they just cancel the Checkmate Leviathon stuff? With those books so delayed and Bendis stopping Action and Superman and Young Justice Being axed that whole story seems to have been canned. Ugh

Isn’t Bendis being off these books a benefit, though? I wasn’t a fan of what he was doing with Superman in the least. I felt Jurgens should’ve stayed on as the Action Comics writer. But now, with Bendis off the super-titles, there’s room for someone else to take over and tell stories.

Bends taking over Superman and Action over the superb Jurgens and Tomasi is a whole nother conversation haha.

I did like the world Bendis had crafted albeit at the expense of those other twos great runs.

I’m just pointing out that writers are jumping ship or leaving at a pretty good pace. You can’t deny Bendis was a big part of the DC plan just a year ago.

I’m hoping whoever they get on the new super titles brings things back to where they once were.

Part of my issue with Bendis is very similar to my issue with Jim Lee: it’s more about the name than the stories. It’s like selling the sizzle rather than the steak. I understand why; it’s a business practice. You’re “getting butts in seats” with a marquee name. But a lot of times with big name writers they put out very forgettable stories.

That’s not to say big names can’t do comics, but very few have an enduring quality to them.

100%.
We can disagree about Bendis Superman tho. I have enjoyed it.

I wish they would put Jon Kent back as a kid and go back to the Tomasi Superman family stories.

With Williamson leaving flash maybe he will go to Superman?

My guess is Future State will be an event where the main titles devote an issue or two to stories featuring the next generation of heroes. All of those rumoured replacements were we supposed to get with 5G get a couple issues in the spotlight without disturbing the status quo.

Jim Lee is a badass artist, but what does he know about storytelling or crafting a universe?

Jim Lee literally created his own comic publishing company (image) and the WildCATS universe almost 30 yrs ago. He eats, sleeps and dreams comics. This is a 56 y/o man who has dedicated 50yrs to comics.

Curious who is better qualified, if not Jom Lee?

Hey @superby1. I don’t see Bendis leaving as benefit at all. I guess I’m one of few people on here that really likes his run.

I’m not upset that he will be leaving though. Was a good size run that I can always go back to. I look forward to what comes next both for Superman and Mr. Bendis

I don’t know. I enjoyed both of the examples you mentioned. Thought Wraith was a fun villain in Unchained. Grounded gave us some pretty good Superman moments, the best of which was his conversation with the girl about to commit suicide. Eddy Barrows and Jim Lee’s art in both was fantastic. No issues on my part for either one.

I have no issues with Tomasi’s run either. Have his omnibus on pre-order. But in terms being “memorable”, it’s not high on my list. Aside from some father son moments, there’s not a lot from that run that “stuck” with me. It was a fun ride for sure. I just don’t see it as the gold standard of Superman some folks make it out to be. Different folks, different strokes, I guess

No worries. I don’t actively hate him and I’m glad he at least gets to wrap up his stories before he leaves; I’m just eager to see who gets the books afterwards.

I don’t actively hate him

Oh I know you’re not the hating type. Ditto on looking forward to the future.

Wildcats was not known for killer stories…and I’m not positive, but I am pretty sure multiple creators started Image and there wasn’t exactly one cohesive universe there until Kirkland Invincible.

Savage dragon, Spawn, Wildcats and such were there own universe that did not interact.

Jim Lee can stick to Croshatching and pockets.

Geoff Johns is clearly capable. Greg Rucka could probably do it.Bendis is capable albeit not my first choice.

jurgens could probably do it…tomasi…Literally any writer would be better. Lee is a great artist…storytelling and writing? Naw. 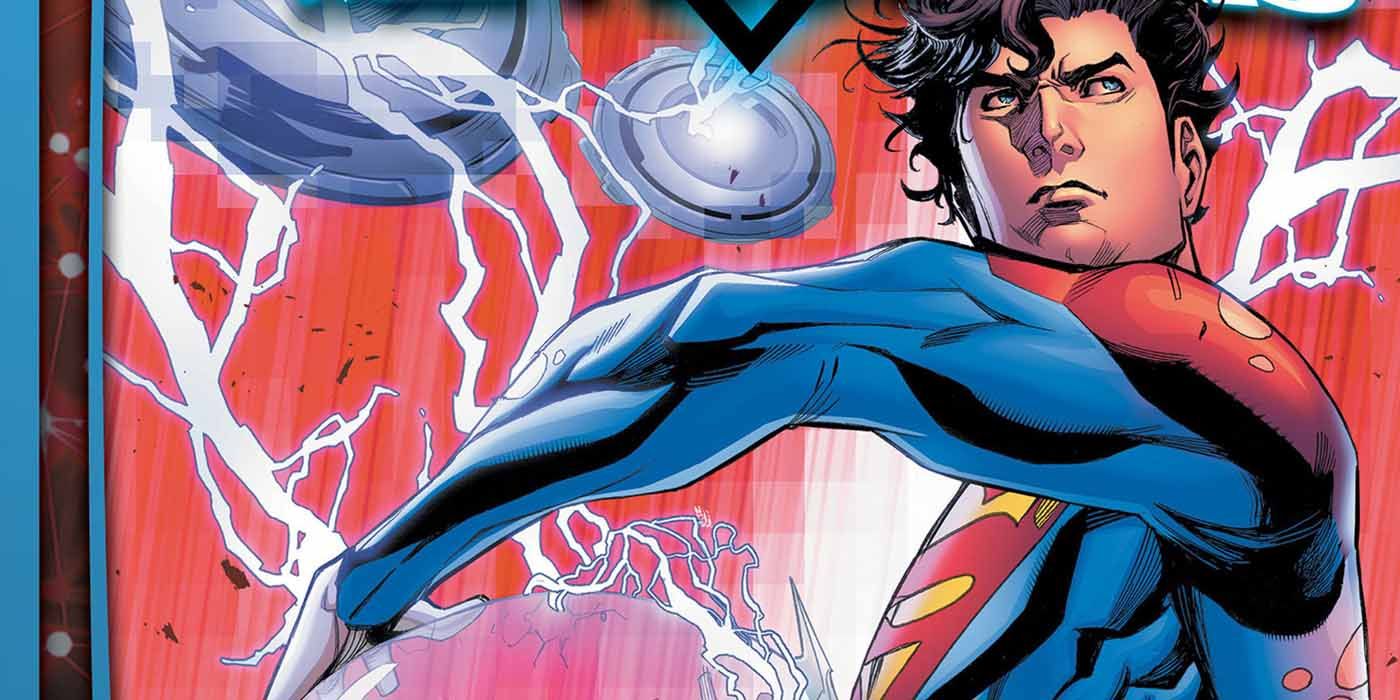 Beginning in 2021, DC Future State will bring massive changes to Superman, Supergirl, Superboy, Wonder Woman and much, much more. 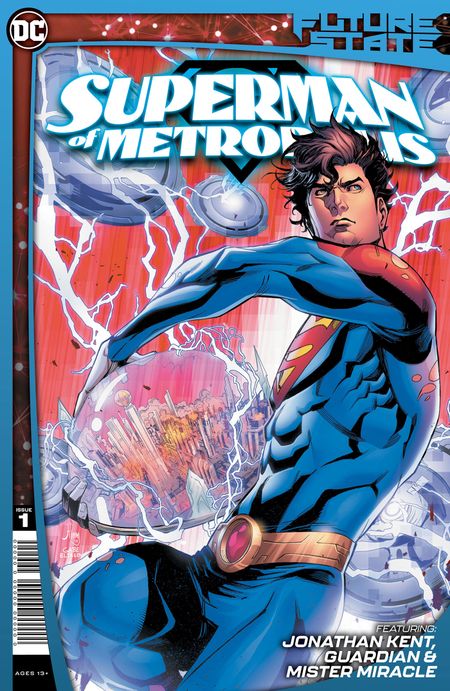 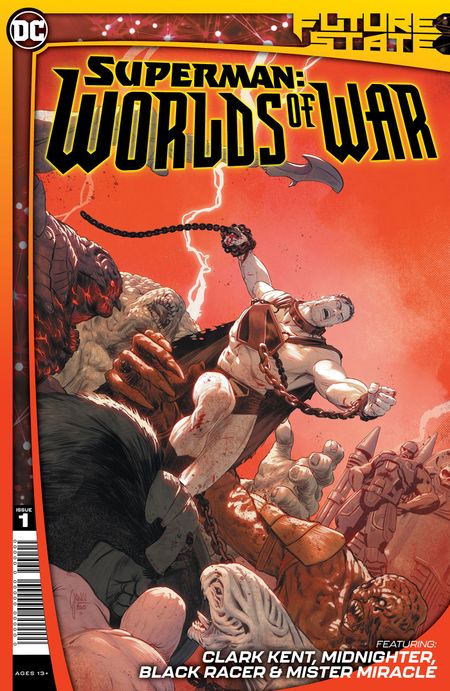 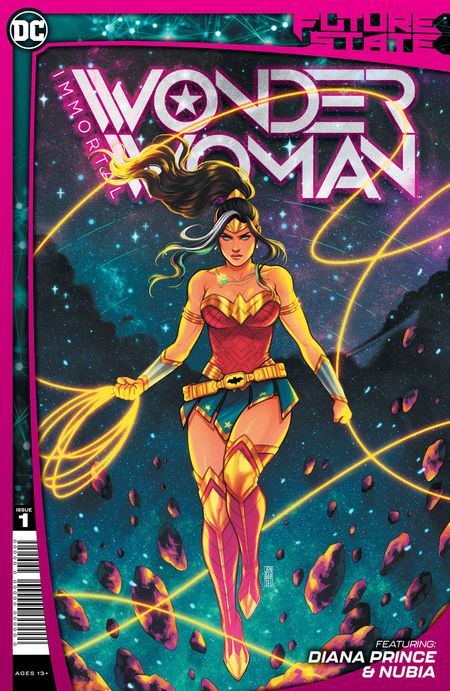 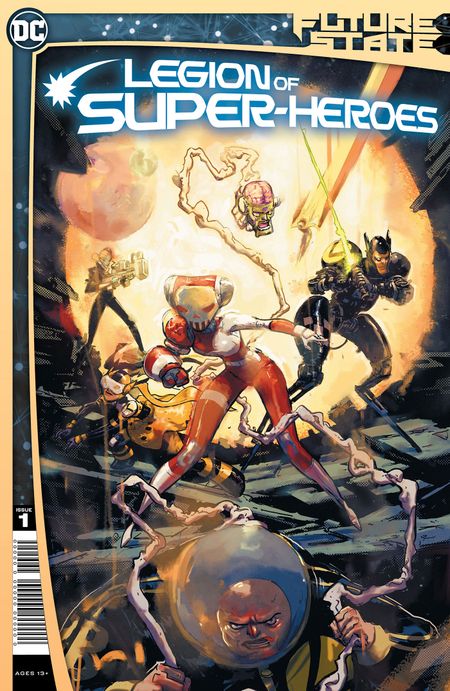 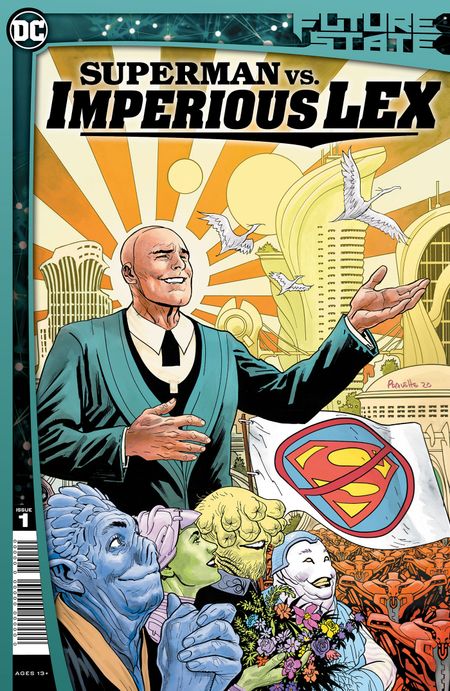 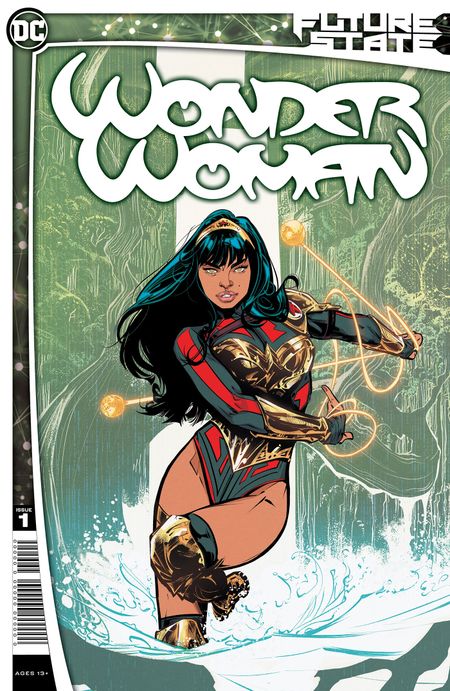 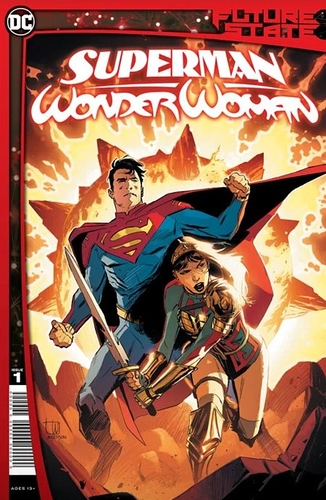 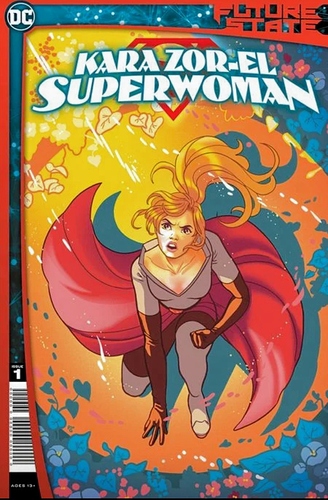 Looks like it’ll be a temporary “Jim Gordon is Batman now” kind of story. Because Jon Kent ‘taking up the mantle of Superman’ can’t be anything serious.

this just got REAL

I am pretty event-weary, but Future State does look pretty fun. A lot of the ideas sound pretty intriguing and I will be trying out quite a few of them.

The one I am most excited for, though, is Imperious Lex, because Mark Russell is writing it.