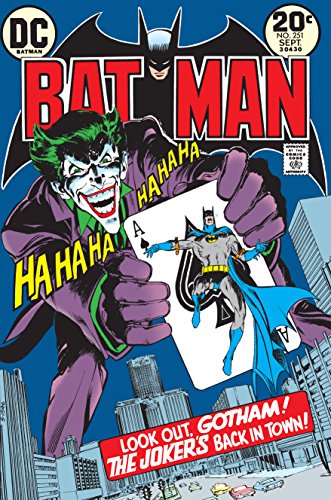 We’ve got two questions for you this month on Dennis O’Neil’s 1970’s Batman run, both concerning the historical significance of characters he introduced. If you haven’t participated before, it’s simple, register your vote and defend it in a post below.

O’Neil created three significant protagonists for Batman, which has had the greatest impact on the history of the Dark Knight?

O’Neil is also responsible for three supporting characters who have made it through the years. Which has had the biggest impact?

And check out the discussion post for all of Dennis O’Neil’s Batman 70s at
https://community.dcuniverseinfinite.com/t/dc-history-club-discussion-thread-dennis-oneil-and-1970s-batman/233383/2

Haven’t made up my mind on the first yet. Other than eliminating Zeus it’s tough. But I went for Matches. Is there a better known undercover alias in DC than Malone? How many cases has Batman solved, gang wars ended or started, and intellectual gathered by the shades wearing hood?

I’ve gotta go with Ra’s, albeit by a slim margin. Batman hadn’t had a villain so ideologically motivated prior to this. His drive and commitment is enough to even at time give Batman pause, and when written really well Ra’s should make the reader ask uncomfortable questions about the world they live in.

Talia has made a big splash in Batman’s personal life, as well as being the figurehead for Leviathan. But she’s not really in the conversation for BEST Bat-villain like Ra’s certainly is.

For the second category, I gotta go with Leslie. She fills that maternal void for Bruce, and helps to keep him centered and honest. It’s also fun to have a character with a medical background so opposed to Batman’s vioent methods. It’s always fun to see Matches Malone show up, but the persona is a novelty mostly.

Ra’s is a pretty obvious choice. Talia’s important, but almost always insofar as she relates to Ra’s and the organization Ra’s built. I’m sure the Lord of Olympus would smite me for snubbing him, but that’s his problem.

I chose Leslie Thompkins even though I don’t actually much like her. She serves an important role as someone in Bruce’s inner circle who’s a more active critic of his methods, and she’s second only to Alfred in her impact on a young Bruce’s development, sort of representing his conscience. It’s just a pity she’s a sanctimonious idiot.*

Matches, by contrast, is a pair of shades and a fake mustache. Bruce could and does use any number of disguises, and while the recurring appearances of Matches Malone are a fun bit of continuity, I don’t think they’re particularly historically important

Arthur Reeves’ toupee is the best supporting character, though.

Ra’s was the key to the new Batman stories. Later he was everywhere. In Waid JLA Wagner Trinity Movie Batman Begins.

Leslie shows a softer side of Batman. She is there to help with his parents are murdered and hold him to a higher standard.

Matches is a mustache and shades. A plot device to get information.

I chose Talia. I think the character broke free from her father’s shadow long ago and seems to be a bigger story driver currently. Also, she’s the current Robin’s momma and so has a very unique connection to the Batman family. Okay, really, I just chose her because of Robin (and Silencer).

I chose Leslie Thompkins partly because she’s been more prevalent in other media. Matches Malone is a cool alias but I think he’s pretty niche, a good trivia answer for us hardcore fans.

See, that’s what I’m thinking on Talia, I may just pull the trigger on that one.

I did Team Talia

I voted Ra’s because I was introduced to him via the Treasury Edition: 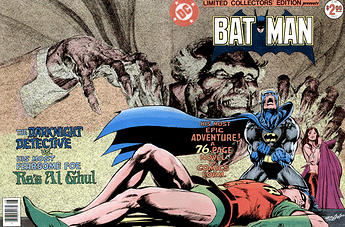 Ra’s is the Moriarty to Bat’s Sherlock. I always pictured Ra’s as Batman’s greatest foe, more so than Joker. An intelligent enemy with matching billionaire resources, rather than just force of nature chaos. The treasury edition (like an early trade paperback) made Ra’s and the overall story by O’Neil seem very special and important and the Adams art was beautiful at that size.

I voted Leslie because of she has endured and gone on to other media. As others mentioned, Matches is just a pair of shades and a mustache. Leslie has also acted as the conscience to Batman to remember his humanity.

I’m tempted to give Maxie Zeus a pity vote, but Talia does not deserve to be tied with Ra’s. Her most important traits are:

What has she done that Ra’s hasn’t done bigger and better?

My defense of Talia. She actually meets and establishes a relationship with Batman before her pops. During O’Neil’s run, Talia acts with but also independently of her father with an agenda that seems somewhat different. Through the years, Ra’s dies and goes away and Talia remains sometimes an enemy, sometimes something of an ally of Batman. And whether Damien is your favorite or he is your favorite @BatJamags he ties Batman and Talia permanently together in their little dance in a way that Demon’s Head is not. As for other media, both Talia and Ra’s have appeared, with Ra’s being more hit and miss (Nolan, Gotham good, Arrow not so much) 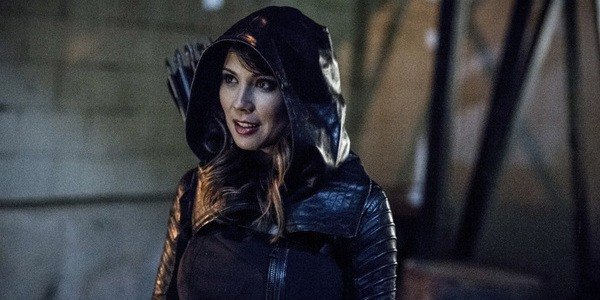 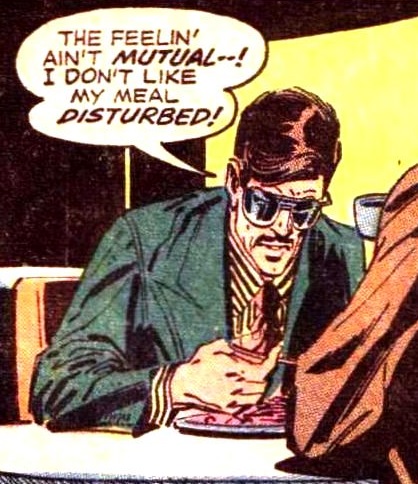 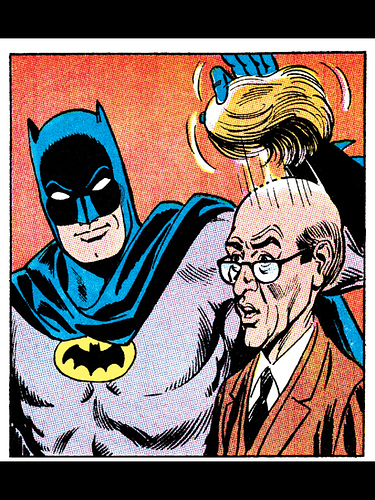 @ralphsix you should teach logic, that argument is unassailable

It’s all about the ladies in a man’s life. They’re the ones that make the biggest impact!

What has she done that Ra’s hasn’t done bigger and better?

@ralphsix’s impeccable logic aside, while I’ve never been a big fan of Morrison making her more of a hard villain, her final plot in Morrison’s Batman Incorporated does show her not only taking the League of Assassins away from him, but she literally takes over Gotham City. It’s really more than her old man ever accomplished.

For the first question, definitely Ra’s. Cause he can go toe to toe with Batman and also he can give him a fight.

For the second question, would say Leslie. Cause it gave Batman something to help keep him centered and grounded and knowing her background in medicine is a bonus.