Creepers jeepers! This is wrong on so many levels! Ok, maybe just 2, but poor Jason. You art is always so great! It has that anime flare to it that gives it a uniqueness unto itself. Love it, but I feel like I shouldn’t for Jason’s sake.

BTW folks, my fingers are just about back to normal and I am gonna try and get something done today for this challenge. I wanna do it so bad. I had an idea from the start and it is stuck in my head and I need to try and get it out.

Can’t wait to see what you come up with!

I know it’s so evil to constantly torture this poor man. And even worse now I want to do a robin Jason version 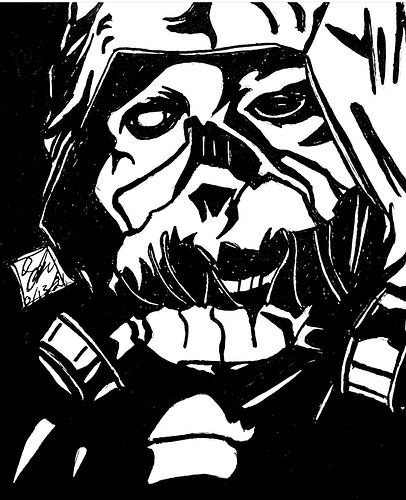 Very cool, creepy and moody! Nice use of shadows! 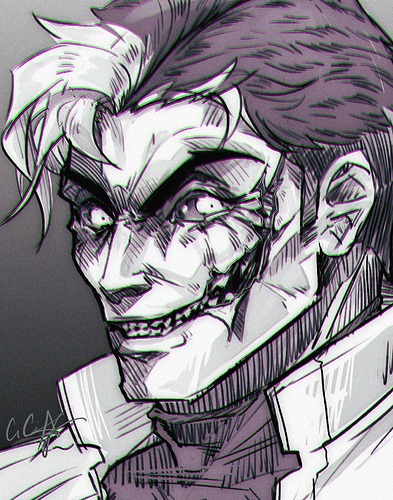 BTW folks, my fingers are just about back to normal and I am gonna try and get something done today for this challenge. I wanna do it so bad. I had an idea from the start and it is stuck in my head and I need to try and get it out. 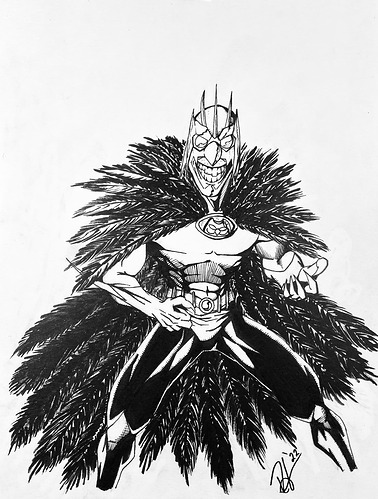 I tried a feathering technique with my ink brush. My hand was cramping and it was a quick shortcut to get the feathers. Do you think it worked? Although not happy at how stiff he turned out.

Oh, I almost forgot I had a backup if my fingers were still swollen and unable to bend. I went to the store with my daughter and picked up this guy. 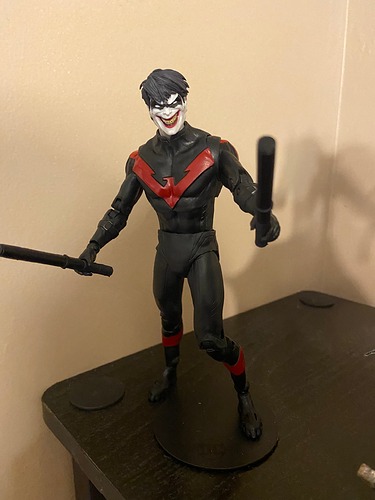 I loved the whole Metal and Death Metal arcs. I have them all plus the deluxe hardcover version. Cool art and designs.

Same, I still haven’t read the darn thing but I’m obsessed with the look and the concept

That looks great! I’m always amazed when I zoom in on your work to see all the details and clean lines. Those feathers look awesome!

Side note: we’re going to have to have a Crime Syndicate week this year!

I loved the whole Metal and Death Metal arcs. I have them all plus the deluxe hardcover version. Cool art and designs.

I agree that the look of the Batman Who Laughs is fantastic. All of the ‘evil Batman’ had very good designs.

But tell me if I’m missing something – all throughout the first Metal event, there was so much buildup with each evil Batman having a special issue with their origin. The buildup was huge and then came an almost incomprehensible Grant Morrison written one-shot (really, what was going on there?).

After that when Metal was winding down, it seems like all the evil Batman were defeated in a single panel (or in the background) and then the whole thing just sort of ended.

It seemed like it really ran out of steam at the end.

How did you like Death Metal? Was it strong from start to finish?

Thank you for the kind words! A crime syndicate week or month challenge would be awesome!

I don’t think you’re missing anything really. I thought the primary storyline was strong start to finish, but the subplots got lost. Just like a movie, comic stories get edited due to length. I would propose this is what happened here. I think it also happened in Final Crisis. The subplots/storylines got cut/edited down to allow the primary story to be played out completely within the time frame they needed it too. I really wanted DC to go back to them afterwards and flesh them out somehow. Maybe in a collection like they did with the multiverse that laughs, but pulling all the one shots together to tell a more complete story.

PS
Grant Morrison is not my favorite writer, so I can not justify what that was he tried. He missed the point completely.

@ImpulseMaxMercury
These both are awesome™

. The stretchyness of PM is perfectly terrifying and Clayface’s many faces are great.

Scarecrow. The Arkham one is one of my favorite versions. Also welcome back

@cici
This is very awesome™

.
The smile into the scar is perfectly creepy. And the eyes are great.

@RobArt471
Nice to hear everything healed well. The Owlman who laughs is great. The feathers are awesome™

Felt in a Batwoman mood this week so made a jokerized Batwoman. Really like how this came out. Had a lot of fun with this one. 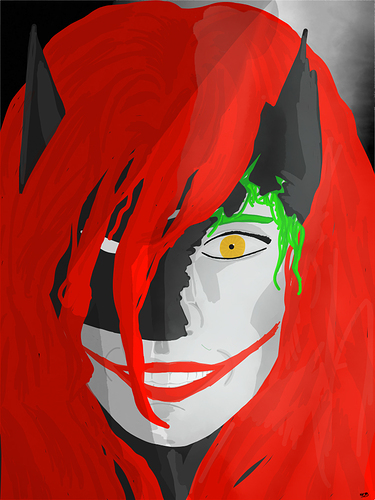 The broken cowl is a nice touch. Symbolic for a snake shedding its own skin.