Hi @DCFanArtClub and welcome to our second weekly Suicide Squad themed challenge. Last week we focused on the characters and their looks from the new movie, but this week let’s take a trip back to 1987!

The series launched by John Ostrander and Luke McDonnell served as a big inspiration to the new movie, but there were several characters that were mainstays in the comics that did not transfer over to big screen.

The challenge this week is to create something with a character from the 1987 series that did not appear in the new movie. There were some characters that did appear in the first Suicide Squad movie (like Enchantress and Deadshot), but let’s ignore that for this challenge and consider them fair game.

In case you are not familiar with the 1987 series, a partial list that comes to mind is:

Or, if you really want to draw Captain Boomerang in his 80’s costume, that’s cool too.

In the words of Nightshade:

Due Date: August 14, 2021
Submit: Post your final work here.
Works-In-Progress should be shared in this thread. 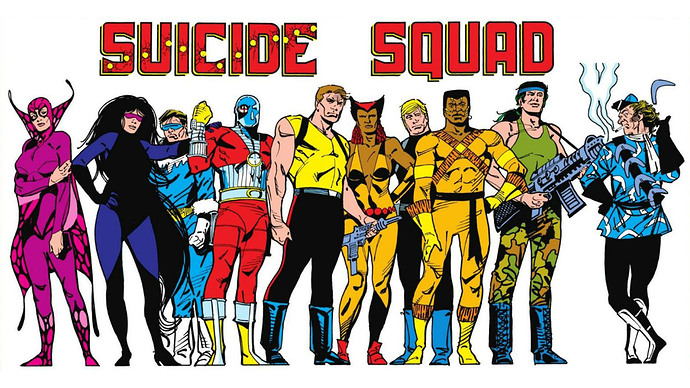 Terms & Conditions: I understand that by participating in the DC Universe Community Forums that I am agreeing to the Fan Art Guidelines , which include not creating new storylines or characters, not soliciting for compensation or payment, and will follow the standards of the Community Guidelines .
7 Likes
Weekly Art Challenge #56 Submission Thread - August 7 - 14, 2021- Classic Suicide Squad!
NYJt3 August 8, 2021, 3:54am #2

Sounds fun. A lot interesting characters here. Who to do?

Or, if you really want to draw Captain Boomerang

Ooooo I really really do, im on a Boomer kick right now.

Plus I love Boomer and Lawton together. 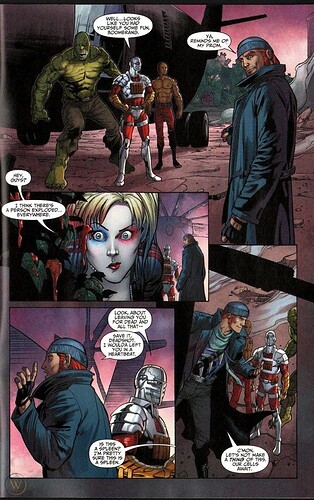 Although it’ll be tough sticking to the 80s versions as thats not really my bag. So it’ll be a fun challenge! Thanks JK!

Believe it or not, I actually added that bit just for you @stefanie.m. Once Boomerbutt was brought up in the other thread, I figured you might want to take a crack at his 80s look (which I still think is a cool look, but I’m an 80s kid

The one character from the group shot I didn’t recognize at first was the woman in fatigues with the big gun. She was know as Duchess, but she’s actually the Female Fury Lashina out of her usual costume!

, I actually added that bit just for you @stefanie.m. Once Boomerbutt

You know me so well

she’s actually the Female Fury Lashina out of her usual costume!

Did not know that. Cool and surprising.

My time has come!

she’s actually the Female Fury Lashina out of her usual costume!

I’m not sure it was actually a mystery, however. Just an interesting bit of info.

Let me tell you this thing about Citizen Kane…

I’m not sure it was actually a mystery, however. Just an interesting bit of info.

It’s a mystery for a bit. To the team, and her, at least. 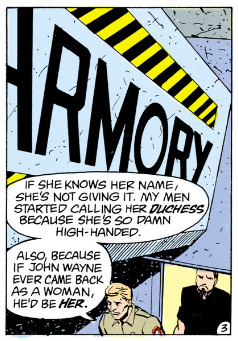 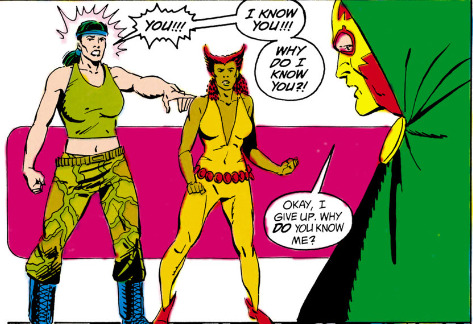 Just going to leave this here for mr @biff_pow 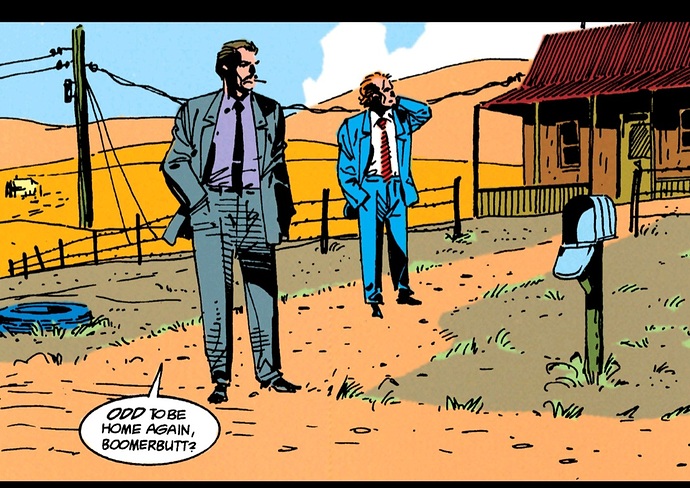 Noice! I may or may not have skipped that issue

I can’t believe that boomerbutt is canon

Gonna try really hard to get some classic Enchantress in, but since I’m swamped at work and have appointments this week I may be a late. But she’s so happening!