DC Expands Deal With Spotify To Include New DC Based Podcast 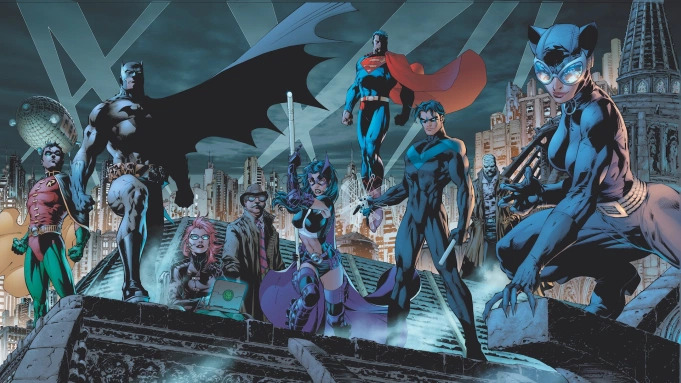 The DC Universe is getting bigger as DC Comics and Warner Brothers have expanded their deal with Spotify to create a new podcast series featuring DC Comics characters.

Jim Lee, the chief creative officer of DC, revealed the deal at Spotify’s Stream On event. “There’s so many characters we can explore,” said Lee. “I think the fanbase will respond to this in an exciting way.”

The podcast, a scripted superhero series, will include characters such as Superman, Lois Lane, Wonder Woman, Joker, Catwoman, Katana, The Riddler, Batgirl, and Harley Quinn to name a few.

The first podcast to debut will be Batman Unburied, created by David S. Goyer, who co-wrote the script for The Dark Knight Rises and co-wrote Batman v Superman: Dawn of Justice.

Batman Unburied will explore the darker aspects of Bruce Wayne’s psychology and will debut exclusively on Spotify later this year.

Check out the video clip from Spotify’s Stream On event for more information! Who would you cast to be the voice of your favorite characters? Let us know in the comments below!

I have wanted this for so long!

I listen to podcasts all the time, so I’m very excited about this.

Have you listened to any scripted ones before?

Not too much, although I do like The Ron Burgundy Podcast, which is scripted.

I want to hear Penguin’s podcast, I’m sure he has alot to say and I would also like to hear Stargirl’s own podcast!

Riddler and Katana interest me.

As time permits, I will try and listen to as many as possible.

I had a lot more time at one of my previous jobs, and since I left I haven’t had as much of a chance to listen to podcasts and audio dramas. I have a huge backlog now.

If this is successful, maybe Spotify will feature original music for DC. Either way, I’ll check it out, despite not being much of a podcast guy.

Finally a podcast I could listen to! The scripted ones could be like listening to the old Superman radio show!

Hmm this may not be my niche, but it sounds interesting! I’ll check it out at least for sure

Absolutely delighted at this news, super excited that they’re doing something new and adding an auditory element to comics. I don’t have much time or desire to sit down and watch or read stuff anymore, haven’t for a long time. But I listen to music and podcasts quite a bit. I love Spotify. Love old-fashioned radio shows and the like. So, yes. Give it to me.

Super excited for this. Does Spotify cost money?

There are two episodes of Wolverine’s podcast and one of Marvels. It took some getting used to because the lack of visual in story telling. But once you get into it, it almost seems more immersive. I can’t wait for this because they all seem to work around being a mystery. I think Batman detective mystery will be incredible.

I am very excited to hear this and hope it’s a big success.

On a related note, what podcasts do y’all recommend for someone that wants to hear general discussion of all things DC? I do a lot of gardening and would love to have a show to listen to that will discuss the latest shows, comics, movies or just fun discussions of characters.

The podcast, a scripted superhero series, will include characters such as… Batgirl

Very much looking forward to this podcast. Cool!

I went ahead and downloaded the Spotify App today.

Playing around with it so I can be ready for Batman Unburied.

Really excited about this. I listen to audiobooks and audio dramas all the time so I’ll be listening to this as soon as it releases. Hope Constantine, Zatanna, or other magical characters get episodes.