DC Announces "The Death of The Justice League" in 2022

This year marks the 30th Anniversary of the Death of Superman, and instead of doing a Superman story to celebrate(?) this, they’re upping the ante by having the Justice League face an unstoppable force and paying the ultimate cost.

Written by Josh Williamson and art by Rafa Sandoval, Justice League #75 will be the last issue of the title, which “will focus on the apocalyptic battle between the Justice League and the Dark Army in a dead multiverse. Superman, Batman, Wonder Woman, Green Lantern (John Stewart), Martian Manhunter, Hawkgirl, Aquaman, Green Arrow, Black Canary, and Zatanna will embark on this mission — and only one will return to tell the rest of the universe what has happened.”

Williamson states that this is the start of his third act of his major DCU storyline that started with Infinite Frontier, and that this will be the status quo for the near future – there will not be a new Justice League book coming out a month later. Much like the Death of Superman, the Justice League won’t be seen for a while, and the entire DCU will feel the impact of this story. 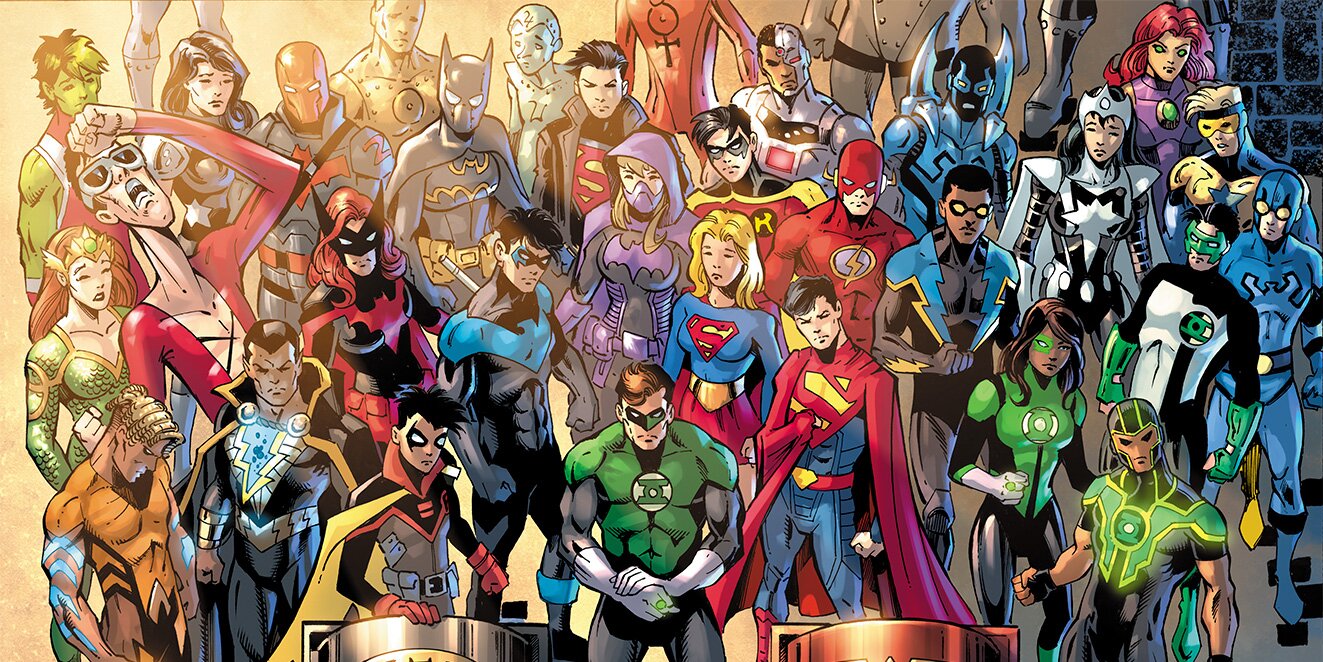 Inside DC's plan to kill the Justice League

Not caught up on the current run yet but curious about the impacts the other solo titles as well. Wonder who’s returning. Be shocked if it’s one of the big three that returns.

I haven’t really been reading the current title either, but the fact that almost 20 years after Bendis comes in and disassembles the Avengers, someone else is coming in to “disassemble” his Justice League is not lost on me and is kind of hilarious.

Of the current books of characters where they’re in the dark event, my guesses:

Superman in Action Comics will likely stay in until the end of the Warworld Saga, and they’ll make it so that Saga takes place all before JL #75, and they’ll do a new status quo change. Maybe Supergirl will take it over?

Josh Williamson is supposedly continuing to write Batman, and I have doubts that they’ll cancel that. I think what will happen is that Bruce will survive the Dark Army’s attack, but will be trapped on another universe, and his book will be him trying to find his way home. Willamson has said that Batman going forward would take place outside of Gotham, we just didn’t know how far outside Gotham it would be…

With Yara Flor’s Wonder Girl title ending, I wonder if maybe the Wonder Woman title will end or have a name change of Wonder Women, and focus on Nubia, Donna, Cassie and Yara. I don’t think we’ll know for sure until Trial of the Amazons.

John Stewart has been leading the Green Lantern book, but there’s enough of an ensemble that someone else like Jo or someone else could pick up the slack.

Aquaman currently doesn’t have an ongoing, but this might yield another Jackson Hyde mini-series, or maybe even an ongoing where he is the sole Aquaman.

My guess as to who will survive and come back: Black Adam. While DC hasn’t been as focused on synergy with the movies, the fact that Adam is getting his own movie is probably not lost on them, and him being now one of the most powerful of the DCU with the Justice League gone might make for an interesting on-going title.

Man, I really have to try and get caught up on the series, so I can be ready for all this upcoming stuff that at the very least sounds interesting.

I remember when ongoing meant something.

This feels like a really bad move, fueling all the 5G doom speculation, and coming way too soon after the Infinite Frontier publishing initiative.

I could see that, but I think Flashpoint Beyond really shows that 5G isn’t really a thing now: 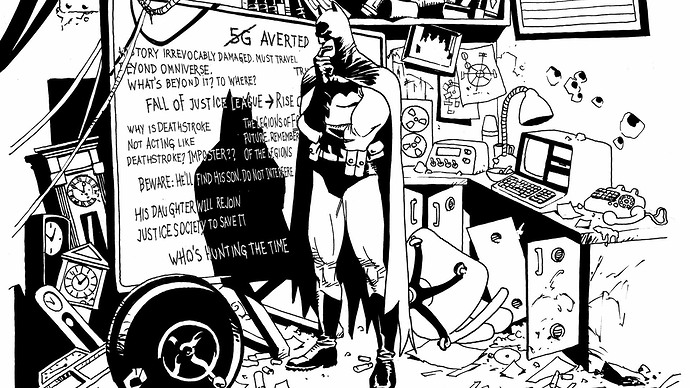 We’ll see. I just think this is not something that will make people more excited to buy comics - more a jumping off point than a jumping on or incentive point.

I read the Infinite Frontier limited when it came out, and really enjoyed it. It seemed like it should definitely have big implications for the rest of the DC Multiverse, so I’m not entirely shocked that this is where it’s all heading.

I’m hoping J’onn will be the survivor. He’s always been my favorite Leaguer since the JLI days and I’d hate to see him killed off …[b]AGAIN!!![/b]

And Maybe with what’s going on in Human target and Blue and Gold, this could lead to a whole new Era for our old friends in the JLI!

Grant Morrison’s JLA may have been its last great run.

If she ‘dies’ again
It means DC has no idea on what to do with her.

Recently DC published about 13 Batman related issues in One week!

There is also a Batman movie coming out

I would be upset if Wally ‘died’
Flash is a great series now with him in it.

When Superman died
There was a good plan

There was a moving funeral

The four replacements to Supes were intriguing
Conner and Steel are still around today
Steel is on CW.

There is no way

Yara Jon and Jace can replace the Trinity.

What are the main titles going to say

This issue occurred before JL 75?

Make it an Elseworlds Title on Black Label

Then the deaths could really happen for that universe.

And give us a good JL Title

Boy, we sure went from this: 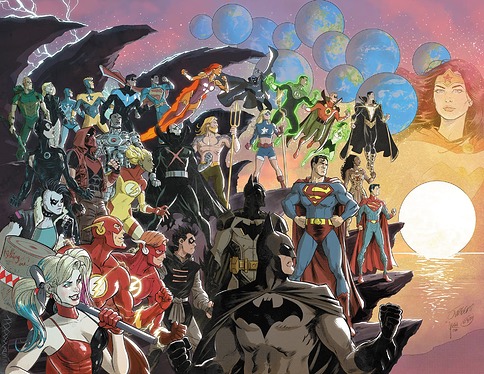 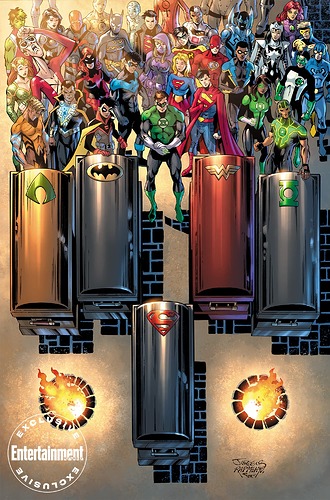 You know, after the last two dismal years of human history, this is precisely the last kind of story that I have any interest in reading whatsoever.

Whatever happened to the bright, hopeful DC Universe? It seems like every successive DC event has tried to top the last one for sheer despair and hopelessness. But this one might just take the cake.

And what is it with this Williamson guy? First he kills off The Quintessence (some of DC’s best characters) in Infinite Frontier #0, now he kills off the entire Justice League. Does he even like DC?

There are only two possible outcomes for a story like this, neither one ideal: either they stay dead for years and years and we get the new 5G characters that nobody asked for shoved down our throats, or else they’re back in a few months and this was all cheap nonsense.

I thought that we were getting a fresh start with Infinite Frontier, but if DC is determined to be Dark Comics, then at this point they should just go all the way with it. Sure, go ahead, kill off the Justice League. But don’t stop there. Keep killing off characters and canceling titles throughout 2022, until there’s just one left. One comic that comes out weekly for an entire year, called “Darkseid”. Make it the most unrelentingly despairing, brutally depressing, utterly nihilistic comic ever released by an American publisher. And then just end it. There have been rumors and rumblings for years now that DC is seeking to end comic publication. I suppose that’s about as good of a way to end the DC story as any: Darkseid wins.

Sorry. I guess I’m ranting at this point. And yes, I know it’s more than a little silly to rant over a comic book like this. But these characters are cultural icons and I despise seeing them treated like this. As @millernumber1 said above, this might just be the perfect place to get off the train.

There are only two possible outcomes for a story like this, neither one ideal: either they stay dead for years and years and we get the new 5G characters that nobody asked for shoved down our throats, or else they’re back in a few months and this was all cheap nonsense.

If I had to work around this concept I have a third option. Take 52 (the trinity are gone) and up it. The whole Justice League is gone for a while, so many lesser (and established) heroes are having to replace them. No replacements like Jon, because him taking over as Superman removes the point of there being no Superman. Now somebody else has to go stop Bizarro.

I wouldn’t worry about Wally just yet. He’s not Listed among the Justice League that’s scheduled to head into this alternate dimension in the first place. (In fact, there’s no Flash listed among the “Doomed” )
This just reminds me of the Obsidian Age where the League falls and Batman has a whole bunch of replacements already lined up!

Here are the JL members involved 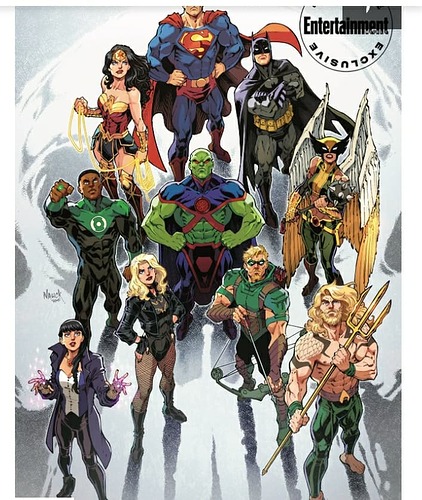 I’m going back & forth from what you’re feeling to “wait & see”, and running the gamut of all the feelings in between.

Ultimately though, I’m interested… not excited… and maybe a little fatigued. It’s a big shakeup involving the Justice League: interested. Said shakeup involves death of characters I love: not a bit excited. Yet another DC event that promises to change everything: fatigued.

Since 2016: Rebirth, Doomsday Clock, Metal, Death Metal, Future State, Infinite Frontier, and now Death of JL and this new Flashpoint business. So effectively every few months the DC Universe/Multiverse/Metaverse/Omniverse (which one is it?) changes. It’s exhausting.

Nonetheless, I don’t want to be a curmudgeon. I won’t jump the gun before seeing what it is DC plans to do here, but I will do so with a healthy dose of skepticism.

I’m not getting off the train. But I only have a couple seats on the train anyway - Robins, Batgirls, King Shark - and this makes me sad.

A new Crisis has been rumored for almost two years it seems at this point, so this is probably it. Or the beginning of it or whatever.

As ever, what comes out on the other side is always the fun part.

Oh, but they were doing that… and did it.

It’s feeling like it’s about the time again… maybe.

I of course for years have felt that they print way too many super-hero titles.

Since I only care about DC I feel that they should do 7 to 10 monthly super-hero comics. Tops.

Maybe BATMAN and DETECTIVE COMICS. SUPERMAN and ACTION COMICS. A Wonder Woman title. Maybe a Green Lantern title and a Flash title. And a Justice League title. And that’s it.

And you can do DC Black Label stuff when you want to do something that’s actually interesting.

And the rest should be like you said, westerns and war comics, science fiction, crime, horror. That sort of thing.

It’s what would make that most sense to me, but I’m weird like that about some things.