I wanted to dish on a theory I’ve had about the upcoming Crisis on Infinite Earths event, and more specifically, who’s gonna bite the dust.

The Monitor has already told both Oliver Queen and Barry Allen that the Crisis is going to be the end of them, but I have a theory about why he did that. What he’s saying is true, from a certain point of view.

I believe Oliver will go down after all is said and done. That much is a given. It’ll be interesting to see how, considering Stephen Amell is filming a series finale episode. But Green Arrow is going down, hands-down.

Barry might not though. His initial attempt to sacrifice himself will be stopped by another Flash. The Monitor said specifically “The Flash must die.” Could be Jay Garrick? Could be Earth-90 Barry Allen? Or even another iteration of him - perhaps the Barry Allen that fought Reverse-Flash in Barry’s childhood home in the past?

I just don’t see Barry biting it like Oliver.

I think that’s a fair guess. Barry has his own show to continue, and the whole “he’s dead! wait, he’s not dead!” has been done too many times on his show already. Someone else stepping in to make the sacrifice would work well.

Oh I didn’t even think of that. Maybe he gets hit with AntiMatter like Barry did in an episode 6.03, but because he can’t speed-heal it just ends him?

Also very possible that he’s in a memory or dream sequence. Though Felicity would be the only one who fits that scene and she’s gone

Yes, “The Flash must die”. Either way it’ll probably be John Wesley Shipp as Jay or 90s Barry. I am really excited to see all the guest stars.

I think Oliver will end up in another dimension , like the golden age Superman did in the comics Crisis. (They showed felicity being taken somewhere by monitor last season. I think she will be there waiting for Oliver at the end)

Barry? Not sure . I can see flash from earth 90 dying, but that feels like a cheap switch at the end . Maybe he dies and comes back (like he did in the comics)

Great theory. I was kinda thinking the same, seeing that they pulled that kind of trick with Savitar killing Iris a few seasons ago. Still, just imagine how they’d have to revolutionize the show by killing off the title character. Personally, I think it would be a good time to introduce the original, redhead Wally West. And then they could whip up so much more needless drama and angst surrounding the “new Flash” and how he’s the Wally of his earth. Idk, I feel like it could work.

I used to believe that Garrick would take Barry’s place and die. But with half the season building up to his death it would be really anti-climactic now if nothing happened. I kind of feel that they would need to do a few “a world without Barry” episodes now, before he comes back.

Joe West would be like: “Weren’t you going to die, we cried together and everything, are you suffering from munchhausen or something?” Barry be like: “Woops my bad, it was that other flash who was going to die”

I would love to see Wally come back. In the comics it’s established he’s faster than Barry and was the main Flash for decades. He was even the Flash in the animated Justice League show. Wally is my fave version of the Flash and another earth’s Wally coming because of Crisis could be really interesting.

So is it possible that at the end of the crisis, Oliver could become a Monitor of sorts? That way Arrow the show can end, but he can still pop up in guest spots.

I have a question that’s somewhat OT. Does anyone think (hope), that the CW will use the Crisis to merge Earth One and Earth-38?
Remember, the only reason, Kara is ON a separate Earth is because her show started on a different network.
As far as Oliver dying, am I the only one who remembers that we saw a future version of him on an episode of Legends. And he was missing one arm. So, I say that NOTHING is certain.

A lot of that timeline has changed since Legends first season. In the original timeline Connor Hawke was a name that John Diggle Jr. was using. In the current timeline, J.J. Is the new Deathstroke and Connor Hawke is now his foster brother who was adopted by Diggle after his Father (Bronze Tiger) was killed. 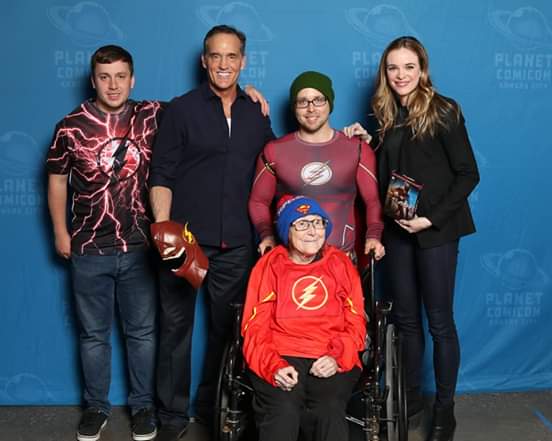 I think from my reading of the twelve issues that are available to read on tthis app of crises on infinite earths that supergirl,flash and others will die or come close (but return) and Olliver will probably in some way take on where the Spectre enteres in the comics - green hood - and the spectre took a much more central role against the anti monitor than green arrow who literally only had about three strips and one was a newspaper saying he died in the crises… I think it could be cool to make olliver become the spectre and take on a whole new role beyond death 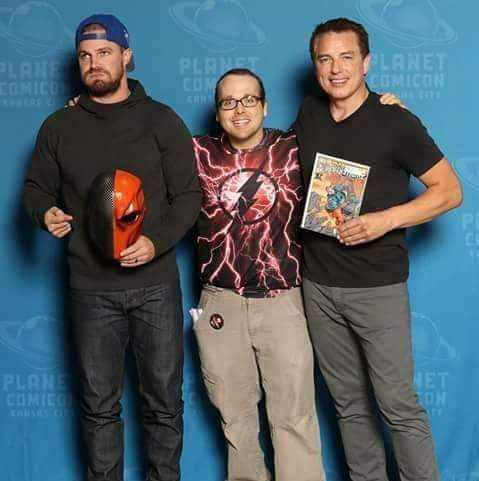 I have a question that’s somewhat OT. Does anyone think (hope), that the CW will use the Crisis to merge Earth One and Earth-38?

I think that the main reason for crisis is to do exactly that. Bring Supergirl and the Black Lightning crew to the same continuity/earth. While they don’t have to have crossovers, something Black Lightning was specifically trying to avoid its first 2 seasons. I think the date on the paper changed from 2024 to 2019 in only the last couple of years. (Same season Supergirl moves from CBC to WB???)

Couldn’t agree more friend. The future of the Arrowverse is definitely not as clear as just, “Barry and Oliver are gonna die because the Monitor said so”. And I’m pretty optimistic that this is the moment they’ve been looking for to seamlessly weave the Earth-38 characters into Earth-1.

The whole thing is that the headline is “Flash Vanishes In Crisis”. It could be he is seriously injured in a remote location like Oliver’s island or the speedforce throws him a month into the future. He is hold up recovering from its effects for a few days. Otherwise, Iris better be “up the spout” with Nora in the next few weeks. And I don’t think they want to do pregnant Iris right now. We know Flash is getting a full season and no rumor of Grant leaving the show. Simple answer is could be a Flash from a parallel earth, or a speedforce “clone” like they used with Zoom. Maybe it’s this clone that vanishes but becomes Zoom. (Zoom’s real origin story)

I believe he (bart) will be absorbed back into the speed force and the flash show will be Wally or bart. Tom welling will die as well I’m calling it now.