I’ve been reading old Green Arrow stuff and…haven’t heard anything about Connor Hawke. I like the character. Who else hasn’t shown up that you’d like to see return in the current DCU?

Connor Hawke’s a big one for me. Would love to see him back again.

Yeah. I don’t think Oracle is gonna happen. Not as she was anyway. How old is Oliver Queen now? Is he old enough to have a 16+ year old son? He was in his late forties when Hawke was introduced. I don’t know if Connor is even possible anymore.

I agree with both of those. Additionally, it sure is a shame that they didn’t bring Wally back.

But as far as characters who are actually absent and not just present in a form I choose not to acknowledge, I’m going to go with Lady Blackhawk. She’s far too awesome not to exist.

They did bring the guy that I want back during the New 52, but to be honest It wasn’t the same The guy I would like back would be animal man. Bring him back in the old school clothes and jacket! And with everything that’s going on in the world today. I would love to see how he would tackle some of the world problems as well as DC Villains.

Yeah. Wally isn’t my Wally anymore. He was my Flash. At least they brought back Impulse and he’s mostly true to form. Many people don’t agree with me about Connor. He was my GA. I started reading that character after Zero Hour. Miss some of these guys but bad.

Not to add more to the “missing arrows hours” but… I miss Mia Dearden. Also, I know I’m the only one to miss him but, Grant Emerson (Damage). Having comics actually talk about male sexual abuse with him really hit home to me and as a result he matters to me a lot.
-C

@thrakaboom I’m not familiar with Damage, but I’m the same way with characters who have survived childhood abuse.

Hey, so what JSA characters are back? I know we have Hawkman, Johnny Thunder, Midnighter, Jay Garrick, and (I think) Red Tornado. But who else are we getting? I always the JSA because they bring the Golden Age of Comics wherever they go.

You mean Dr. Mid-Nite right? I don’t believe Midnighter was ever in the JSA. And certainly not the Golden Age since he was a Wildstorm creation so he didn’t exist for many decades later. 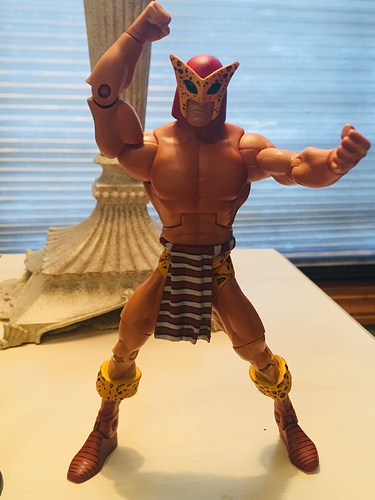 I like to think Midnighter is a version of DM, even if I am wrong, the style is so similar

I am pretty sure we haven’t seen The Fisherman. I think he has been missing since before the New 52. His last appearance, as far as I know was during Sword of Atlantis, where he was given an amazing new origin. I always hoped someone would pick up on that and run with it.

I know Johns’ had something brewing regarding The Fisherman with all the statues of the Seven Seas, or whatever he had planned, but that all seems to have fallen to the wayside. I don’t believe we ever found out if the Busiek/Sword of Atlantis version was still canon. I sure hope so.

They pretty much ruined his life and disappeared him.

It was brutal, but a good story. However, Rebirth was the perfect time to bring back Ralph and Sue. They brought back Ted Kord ( which was great ), it’s time for the Dibnys to return.