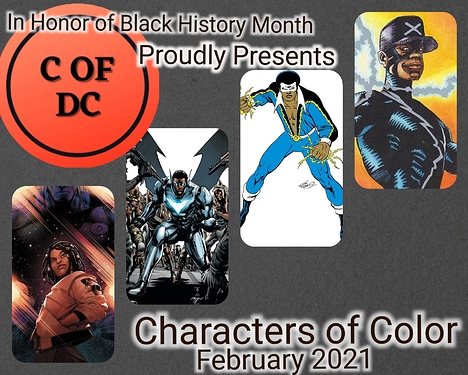 Hello everyone @CharactersOfDC ! Hope you enjoyed last months look at DCU’s Spies and I hope you found some new characters or book to enjoy. I know I sure did.

February is Black History Month and I though we would spend the month talking about the various characters of color in the DCU. We will be taking a look at several characters and thanks to DCU becoming DCUi we will be featuring some Milestone characters this month as well. Lets get started shall we.

As always I will be posting discussion question or interesting links covering these issues and characters so I hope to see everyone there.

Join CHARACTERS OF DC by hitting the link and met other DC fans.

Next month get ready for a wild ride as we take an in depth look at one of DCUs most prominent masterminds: Lex Luther. See you then and have a great month!

And here’s our first set of questions.

What do you think of Naomi as a character?

Did you enjoy her story?

What did you think of her supporting cast?

If anyone missed the previous Naomi chats, here they are:

Continuing with our Wonder Comics reading, World of Wonder will be diving into the first issue of Naomi! We will also continue on Diana’s journey in The Legend of Wonder Woman with issues #13-18.

[Naomi_Issue1_Cover] ”DC’s biggest, newest mystery starts here! When a fight between Superman and Mongul crashes into a small Northwestern town, Naomi (last name?) begins a quest to uncover the last time a super-powered person visited her home—and how that might tie into her own origins and adoption. Follow Naomi’s journey on a quest that will take her to the heart of the DC Universe and unfold a universe of ideas and stories that have never been seen before. Join writers Brian Michael Bendis…

And then here’s the previous discussion for Batwing:

[Batwing2011_Cover] ”Africa, a land of beauty and of great horror. A land of creation and conflict. It is in desperate need of a defender, and from the ranks of Batman Incorporated comes a soldier to carry on the legacy of The Dark Knight in the most tumultuous region on Earth.” Greetings DCU, Thanks for stopping by for week 103! To honor the legacy of Chadwick Boseman, this week, we are heading to the heart of Africa, the Democratic Republic of the Congo. Covered in armor and tech provid…

If anyone involved in those earlier threads feels like chiming in, your thoughts would be welcome! No better time to give the issues a revisit, eh?

REGARDING THIS WEEK’S READING: As far as Naomi goes…I’m just kinda waiting for her to turn into the next Spider-Man in these issues.

Naomi’s book was amazing! I think it was one of the best rebirth stories.

This was the first time I had read it to be honest because I’m not really a Bendis fan. I thought it was good but not great but I did like Naomi.

Thanks for pointing those other discussions out @AlexanderKnox.

It was as well my first time, but I loved it because I can really dislike Bendis.

I read Naomi over the last two days. A fantastic book. Now, on a tangent.

It’s really hard to introduce new characters, particularly in their own book, in the current market. Individual comics are not cheap, we all only have so much cash and time and here’s another new character, or an established character with a top tier writer. On top of that, we generally want longer, deeper stories, that make it more difficult to snag a reader with one issue. Naomi had that problem. Issue 1 is fine. Nice idea, how does a pop in by Superman effect a small town? Then, Bendis leans on one of his go to moves, talking heads saying what amusing things to discuss whatever is going on in the story. I read issue 1 before and thought “okay” but didn’t feel compelled to read 2. Even at the time, I thought reading the entire story together was probably a better idea. And it was. Issue 1 for me as a stand alone to entice me to pick up 2 fails. As chapter 1 of 6 in this series, it’s great. Hopefully, Naomi’s numbers on DCUI help get us a chapter 2.

Even at the time, I thought reading the entire story together was probably a better idea. And it was.

That been pretty much my reaction to Bendis’s work to be honest when I can even get myself interested Enough to do so in the first place. His track record with me has been extremely hit or miss. 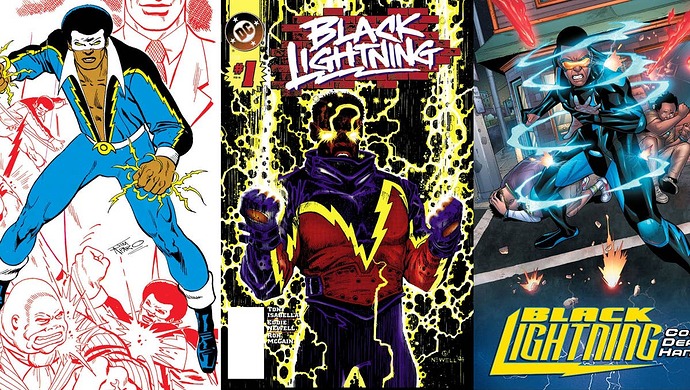 Black Lightning holds a special place in the history of DC Comics as the first African-American superhero to be featured in his own monthly title for the company. 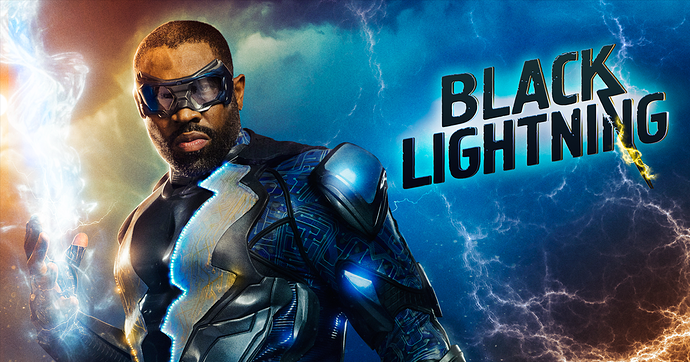 Tony Isabella reacts to the 'Black Lightning' trailer and chats about why he's excited for the CW series. 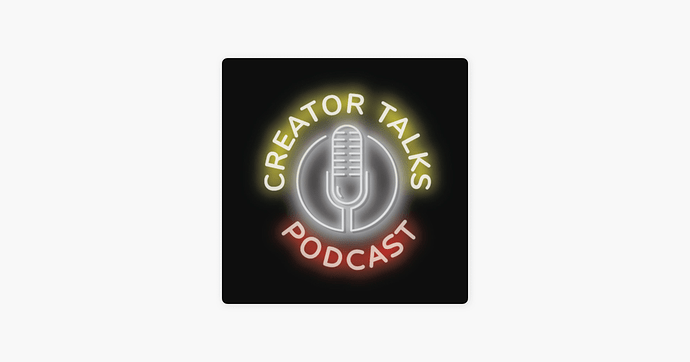 And here are the final questions for the month.