Characters Costumes: What Would You Change?

If I could change any costume, it would be Red Hood’s. I’ve never really loved the “Outlaw” redesign. And honestly I didn’t even love him having a bat on his chest in the New 52. The original Doug Mahnke design is sorely missed.

Speaking of bats: Cassandra Cain deserves one on her costume! The symbol means so much to her! What are you DOING!!!

My favorite costume? Easily, The Question.

I love it too. I actually use(d) that pic a lot on here if u look around. It’s one of my quick go-to’s.

She’s one of my favorites. Love all the art I see for the character

You’re a person after my own heart lol.

I think the original costumes for Jade and Halo are still the best for each! 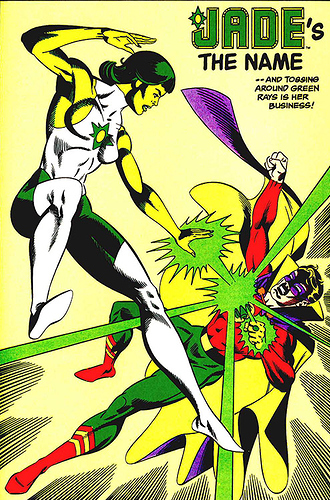 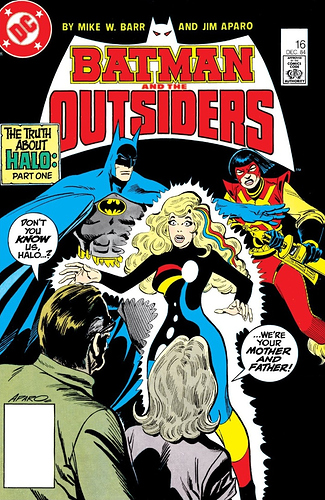 2 all time favorites. I know I repeatedly say that…but not bragging. Just a fact that I have a deep love for multiple DC characters. You’ll find multiple evidence on here, & there’s so many more that u might not have found yet, but there out there. I’m sure that’s true for the majority of people on here also.

Same here, not may people love Martian or Black Canary, but I love them alot.

I’d definitely change Powergirls outfit. She’s way oversexualized and there’s no need for that. She’s a pretty awesome character as it is. Same with WW…

And I’d put some pants on ALL the Robins lol. Here they are in a city where it’s cold enough that people go out in heavy coats but he shows up in shorts??

Wait, putting back or taking off the yellow oval?

I have strong opinions on this particular design element.

I’m definitely biased, but I would fight to keep Power Girl’s outfit how it is lol. Robin, yeah…fine with changing shorts/underwear & pixie boots. Although, it is kind of a classic look. Once u get used to It. I watched a doc. On AMC Robert Kirkman’s Secret History of Comics. I wish I would’ve left it on dvr. I just figured it would replay cuz it was so amazing. Anyways, they revealed on there that an unnamed artist who was drawing PG. Said nobody here even knows I exist. He said watch (I’m paraphrasing but it’s basically verbatim as far as truth) I’m going to make her top half bigger, every issue & I guarantee nobody notices. Finally, after they got to where they are now. The director of DC walked in & said “ Hey what’s with the ti*s? So, u could look at her as a funny story/ artist rebellion of feeling unnoticed?

Ha! I seriously think I watched that same documentary lol- I’ve definitely heard that somewhere before. But as funny as that is, that’s part of the reason the outfit needs to change imo. It was literally approved for (at least in some minor way) from some perverted reason, which takes away from her actual character, which is worth a good read. Don’t get me wrong, I’m a dude, I’ve got nothing against a sultry appearance, but IMO it has to be a timely thing that has a reason, and not just to lure thirsty teenagers(or grownups) to boost sales​

…but to each their own.

Always happy to agree with a reasonable point. Even if I disagree with the outcome. I love PG for who she is. A successful business owner & superhero etc. I won’t lie & say the costume bothers me. I hope that doesn’t make me a pervert? I like seeing her in that outfit. I get your point of there’s a line not to cross with that tho. I wouldn’t sit & stare at it. I do enjoy seeing her when she appears tho. They do, use it a lot. As far as her losing her towel out of the shower & running past her landlord etc. it’s humorous at least. I see where you’re coming from tho.

@Batwing52. Is that the correct answer? You got me interested now lol.

I hope that doesn’t make me a pervert? I like seeing her in that outfit.

My apologies, I hope you didn’t take that as an accusation. I would never do that on here. I was more trying to point out that it certainly would/does attract that kinda person.

Phew. We can be friends now.

Not at all I understood exactly what u meant. Fair warning. I’m in a tornado warning power just went off & back on. I might be cut off b4 I respond. I hope it doesn’t come off as I took my kickball and went home lol. I’m in my basement. I typed all this on my iPad upstairs and it wouldn’t send b/c it got knocked offline. Somehow my phone isn’t. This is the 1st X I’ve ever used my iPhone on this site hoping this sends.

It worked!!! We have a tornado traveling thru our area. May be power outage soon

Nice- a lot of that stormy weather going around tonight. Good thing we’re all quarantined at home…