In celebration of Black History Month, let’s all share some of our favorite creators and creations of color! Are you reading any great books from writers or illustrators? Which black heroes and villains do you enjoy reading the most? Any recommendations to new readers? 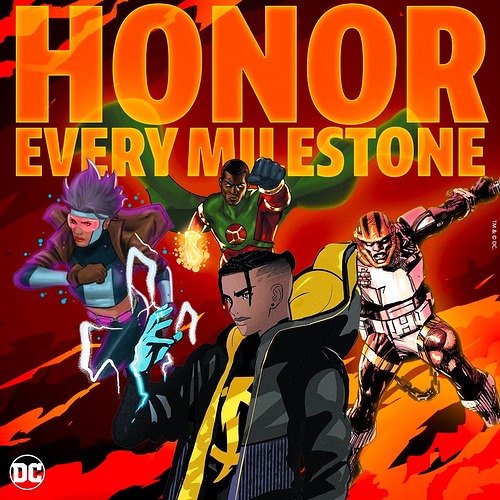 For this year’s black history month celebration, we’ll be celebrating DC’s rich legacy of Black Super Heroes and creative talent with an incredible selection of comic books, collected editions, original graphic novels, variant covers, plus a new initiative designed to cultivate the next generation of storytellers of color. If you haven’t heard about it yet, the Milestone Initiative, announced at last year’s FanDome, is a program created to identify, develop and mentor aspiring comic book professionals of color.

I want to give a shoutout to Dwayne McDuffie. He created or co-created some of my favorite characters, including Static, Icon, and Hardware. In co-founding Milestone he also gave a voice to other creators of color. I also have to mention Matt Baker. I don’t think he ever worked for DC or its predecessors, but he was an incredible artist and one of the first Black men to work in the comic book industry.

Which black heroes and villains do you enjoy reading the most?

I’ve been enjoying Hardware v1 and Season One/v2 (depending on how you notate it).

As for black creators, Dwayne McDuffie’s run on the Post-Infinite Crisis volume of Justice League of America is always a favorite read, especially as he was the best writer on that series.

For any who haven’t read McDuffie’s run, you can check the first issue out here. He also wrote many noteworthy episodes of Justice League Unlimited prior to his gig on Justice League of America.

Shameless plug: @Bar-El and I are focusing on black Superman characters (including but not limited to Steel, Natasha Irons, the Calvin Ellis Superman and more) in the latest round of the Modern Age Superman Club, which can be found here.

Lastly, I changed my avatar to reflect Mister Terrific and his signature piece of equipment, the T-Sphere. He’s one of my favorite members of the Justice Society, while his New 52 ongoing was sweet but too short-lived. Also, the best title to star Mister Terrific in the last decade is unquestionably The Terrifics, wherein Terrific leads Metamorpho and other great heroes into wildly entertaining adventures.

SN: Comedian and actor Hannibal Buress played Mister Terrific on Justice League Action. If you’re a fan of Buress’ and haven’t seen the show, definitely check it out.

I really really like Sanford Greene. I was lucky enough to be able to sit in on a program he gave at a library I worked at years ago. It was him, me, the children’s librarian and like one random person who showed up. He’s really nice and it was very informative talk. He’s had a really impressive career, too. I finally read Bitter Root a few months back and I love it.

I forgot to mention artist Ryan Benjamin previously, so let’s put him in the talent spotlight.

Some of his more noteworthy work for DC that can be found in the DCUI library:

Him and David F Walker together got some heat! Power Man and Iron Fist…Bitter Root. Whew.

Bronze Tiger is a fave character of mine. 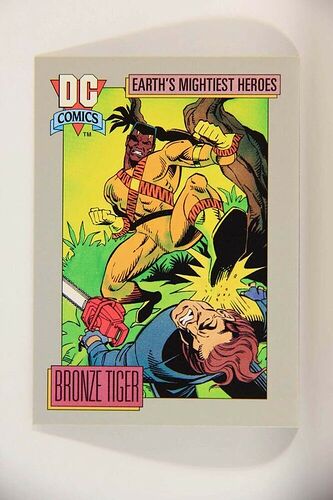 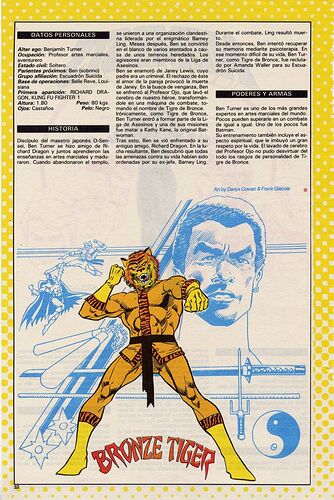 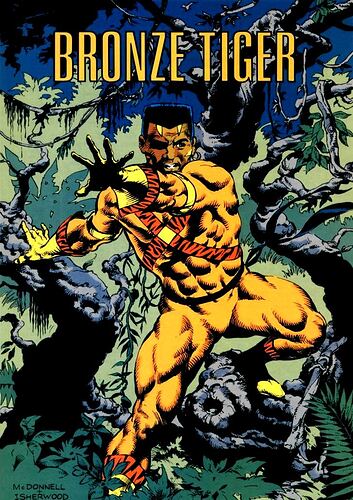 He’s had some great appearances in TV and movies in the last few years too, but I am a huge fan of the original Richard Dragon Kung-Fu Fighter comics. 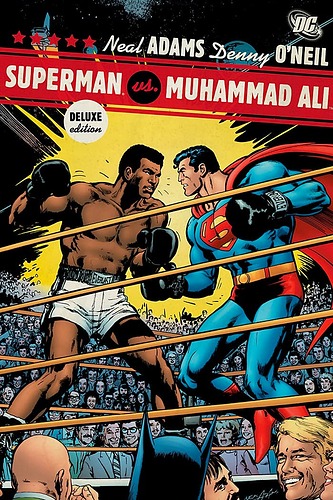 Check out this awesome first-of-two article that just went up, all about the Man of Steel’s Black history. So much great info, and still more to come!

In addition to the JLA comic and JLU series Vroom mentioned, and serving as editor of most (maybe all?) of the Milestone titles when they were a full imprint of DC (he wrote Rebirth of the Cool under the shared banner), Dwayne McDuffie is also responsible for writing:

You are aware that when I said “I don’t think he ever worked for DC or its predecessors,” I was referring to Golden Age/Atomic Age artist Matt Baker, not Dwayne McDuffie? Obviously Mr. McDuffie worked for DC!

No, no I was not. Oops. Many apologies for my completely unnecessary citations! In rereading, it is quite obvious. I need to work on my literacy skills.

That wasn’t a completely unnecessary list, it is a fine reading guide that others might find useful, even if it wasn’t for the right creator.

I will throw Crispus Allen into the mix. He was a great Spectre but didn’t stay long enough in the post Infinite Crisis world.

No problem! And no need to apologize for the citations! It’s a great list of what Dwayne McDuffie did at DC.