Who is your vote for the best cast actor and / or actress’s in DC history? These are people who look the part and also do the best acting like the character they represent. My votes go to 2 recent ones :

Some do a really great job, like Jason Momoa and Stephen Amell, but they just don’t look like the characters they represent. ( not necessarily a bad thing )

She might not be everyone’s cup of tea but I just love her.

Gal Gadot is a perfect Wonder Woman to me.
I also love Henry Cavill and Ben Affleck!

If we’re sticking to live action, I think I’d go w/ Matt Ryan as John Constantine. I’m continually in awe of just how perfectly he’s ripped straight from the comics, accent and all

Matt Ryan as Constantine is my fav.
Michelle Pfeiffer as Catwoman was awesome too!

Yes, I have to agree on Matt Ryan, he is the perfect Constantine!

Christopher Reeve as SUPERMAN!
Teri Hatcher as LOIS LANE!
This was a softball question for me.

I believe Heath Ledger and Joaquin Phoenix both got Academy Awards for their respective performances as Joker. Personally, I enjoyed Ledger’s Joker more and think he more closely resembles the source materials, but acting-wise I think Phoenix had a lot more to work with (being his movie) and was amazing.

Gal Gadot is probably my pick for best actress. I remember Natalie Portman being good in V for Vendetta, but I haven’t seen it in a really long time (if that movie counts).

I’ll give shout outs to Lynda Carter and Christopher Reeve too.

Even if it was just best actor or actress (gender neutral) in a DC show/movie. IMO, it’s not even close. It’s Julie Newmar and others are at least 3 light years behind. Nobody else has even come close, especially given the restrictions on female characters in the ‘60s. No contest at all.

Christopher Reeves as Superman. To this day, he remains as one of the most faithful depictions of Superman. For Best Actress, Diane Guerrero as Crazy Jane wins for me. Matt Ryan’s Constantine would have been on top for me if he pronounced the “tine” right.
-M 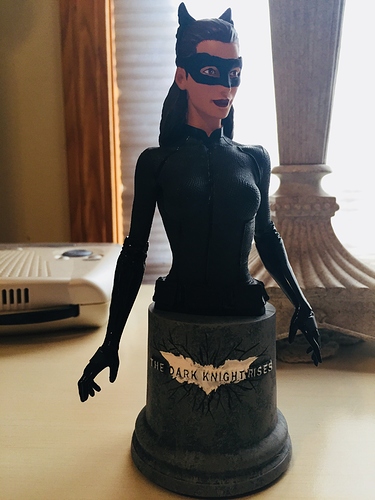 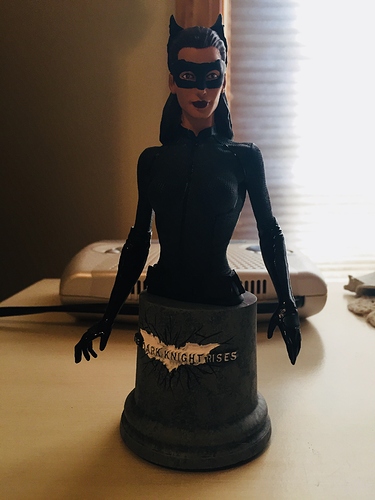 I watched an old episode of Sesame Street with my son guest starring Reeve and his son. It was after his accident and he was in his wheelchair. I got all choked up. It’s on YouTube.

Something about them having passed on makes their performances more meaningful. “We’ll never see their like again.”

Henry Cavill as Superman. He was perfect casting in my opinion. No matter what you think of the movies and the characterization of Superman, you’d have to admit that Cavill looks like the Superman from the pages and animation.

you’d have to admit that Cavill looks like the Superman from the pages and animation.

I’d say he’s a good visual for Superman but on par with Christopher Reeves. Looking the part is important, but being able to act the part is as well and Reeves was noticeably better in the acting portion. Sure, some of that comes down to the script the actor has to work with. But taking in all those factors, makes up the totality of a performance. Reeves scripts to work with weren’t exactly stellar either.

Its not a huge role or a popular one, but BD Wong played Hugo Strange flawlessly in Gotham.

Is there a certain actor who so embodies the DC character they play that it would convince you that that is how the character would look or sound if they were real? For me, one person who comes to mind is Margot Robbie as Harley Quinn. The way she carries herself in the role, her line readings, everything says to me she IS Harley Quinn. What about everyone else?

Matt Ryan as Constantine - the swagger he exudes as the character. In the way RDJ brought his Iron Man to life Constantine feels like DC’s equivalent in terms of top tier casting with Matt Ryan’s fantastic performance.

Matt Bomer as Negative Man - his voice work alone as the character is the perfect tone for how I’d imagine a character like him would carry himself given his specific circumstance.

April Bowlby as Rita Farr - she feels like a time-capsule that perfectly captures the essence of someone from a specific era in Hollywood.

Elizabeth Tulloch as Lois Lane - since scene 1 of Superman and Lois I believed her as Lois. No-nonsense (award-winning!) journalist with that eagerness for the truth while being someone capable of showing both a strong and comforting side.