a’ight i see
thanks for clearing up my confusion

Nezha’s mind control is not like Starro’s its not full on mental domination. Waid has also stated that what happened with Damian and Nezha also brought up old berried feelings Damian has had about his father since Morrison introduced Damian.
However, Nezha does not give people magic. He enhances the magic they have and possesses vast magical abilities himself being a World Ender-level threat. However, it’s unclear if it’s going to be Nezha or Mother soil/Damian’s great-grandmother who is going to teach Damian magic.

Nezha is based on the Chinese myth of Nezha and waid himself has stated he is not fully evil and not fully good, he is actually a redemptive hero and I think the inspiration for Dragon ball Z’s Vegeta. 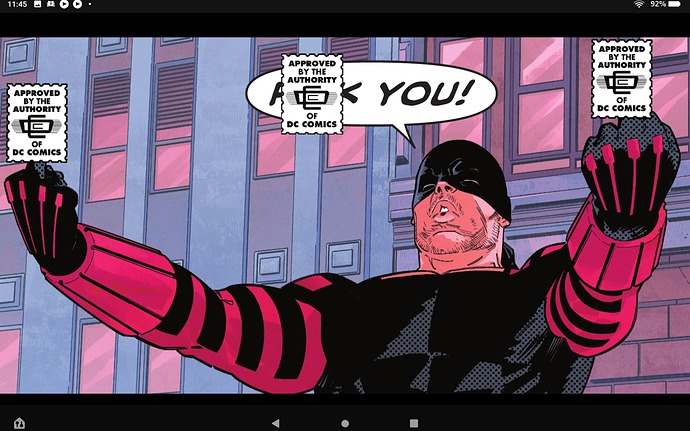 I haven’t read the book but i am one of those people who doesn’t mind spoilers. I don’t know for sure if the event you are talking about is the same event DC just teased in their press conference. But if it is then it leads straight into DC’s next major event called Lazuras Planet.

Batman has some weird dad bod going on in # 2.

That’s what I was referring too. There is also the New Justice Society book coming out, along with Stargirl the lost children, and the end of Flashpoint beyond that will effect the timeline.

what bothered me in #2 was batman kept calling alfred old friend batman does not really
do that he’s called robin old chum in batman 66 he has called alfred my friend the old part makes me feel like batman being passive aggrieve also I don’t think its alfred anymore because of the shadow at the end.

Alfred raised me, of course I view him as an old friend.

My guess is alfred should be back at the end of batman vs robin.

that would be nice