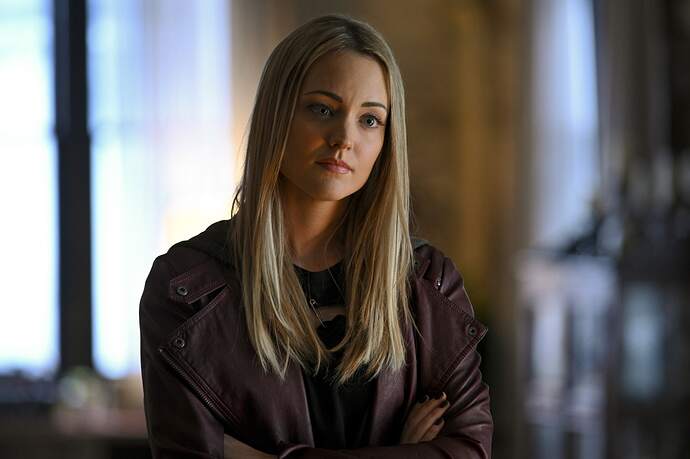 A former spy and the daughter of the famous Alfred, Julia Pennyworth has been an old friend and key ally for Team Bat since Kate Kane first donned the cape and cowl. Julia and Kate even went back further, as they first met right after Kate was kicked out of military school and began a romance, one which ended when Kate discovered that Julia was using a false identity to watch over her at the request of her cousin, Bruce. But Julia insisted that the only thing she lied about was her name and proved that she still had feelings for Kate when she returned to Gotham years later, and the two began rekindling their romance. But it was short-lived once again as they decided not to move forward together, with Julia joining the Crows and instead dating Kate’s ex, Sophie Moore.

History repeated itself after Kate’s disappearance, however, as Julia realized that Sophie was still in love with Kate. Julia then dedicated herself to finding out what happened to Kate, going back and forth between findings that seemed to prove her death and then discovering missing pieces in the investigation. Julia ultimately discovered that a hypnotist named Enigma erased her own memories, but she was unable to prevent Enigma from altering her mind again and making her want a transfer to Berlin. Although now that the Crows have been completely dissolved, it’s unknown if she’s still abroad or what her mental state is currently. But with her combat skills, investigative knowledge and overall keen wit, the door remains open for Julia to continue assisting the team in whatever way she can.

And be sure to check out @msgtv’s Pride Profile on Julia’s comic counterpart!

Pride Profile: Julia Pennyworth. This Pennyworth has been around longer than many fans may realize. As Julia Remarque, she was introduced in Detective Comics #501 in 1981 by Gerry Conway and Don Newton. That Julia is the daughter of Alfred and French Resistance fighter Mademoislle Marie who appeared in combat comics from her debut in Star-Spangled War Stories in 1959 to Sgt. Rock in 1986. Julia discovered that Alfred was her biological father and f…