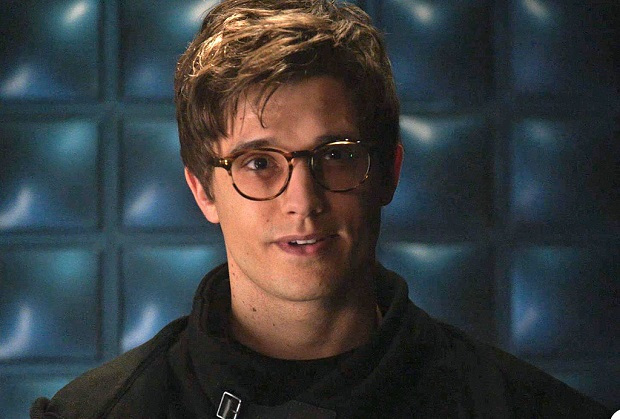 Alternate timelines and a multiverse-changing Crisis have meant that Hartley Rathaway has gone from being an enemy of Team Flash to an ally, back to an enemy and currently a friend again. Regardless of what his status is, Hartley remains a brilliant scientist who worked at STAR Labs before the particle accelerator explosion, where he managed to get on all of his co-workers’ bad sides with his arrogant attitude. Despite the explosion amplifying his hearing to levels that cause him immense pain without proper aids, he was able to create special gloves that create sonic attacks so as to resurface and attempt to take revenge on Harrison Wells. In addition to feeling betrayed by his former mentor, Hartley also felt a similar sting from his own parents, who disowned him when he came out as gay. That aspect of his life was further complicated in the post-Crisis timeline, where he’s not only a metahuman, but it was revealed that his first battle with Flash resulted in Barry accidentally putting Hartley’s boyfriend and right-hand man, Roderick, in a non-solid, comatose state for years. But by working with Team Flash again, they were able to find a way to bring Roderick back, thus allowing both sides to bury the hatchet. Though Hartley hasn’t promised to stay out of crime, it’s a safe bet that if he does cross paths with Team Flash again, things will be at least a little more friendly than before.

First appearance: The Flash – “The Sound and the Fury”

And be sure to check out @msgtv’s Pride Profile for Hartley in the comics!

Pride Profile: Pied Piper. Hartley Rathaway is an original Silver Age Flash villian created by John Broome and Carmine Infantino for The Flash #106 in 1959, also the debut issue for Gorilla Grodd. Mastering his flute like his namesake, Rathaway uses his power to control people, commit crimes and generally act like a Rouge. Reimagined with the New 52, the Pied Piper becomes a much more complex and interesting character. Now a reformed Rouge, Piper assists …