Aquaman's 80th Anniversary: How Are You Celebrating The King of The Seven Seas in 2021? 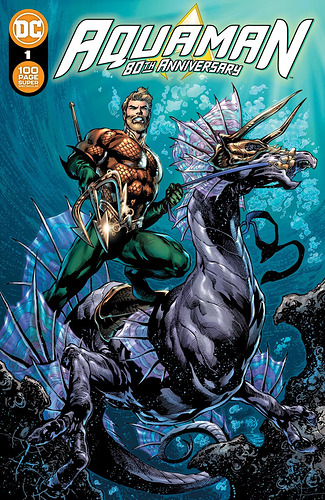 2021 is jam-packed with many an 80th anniversary of our beloved marquee heroes, such as Wonder Woman and Green Arrow.

However, this year also sees Arthur Curry, Aquaman himself, hit the big 8-0. How you will ring in this major anniversary for the badass King of Atlantis and superhero who does much, much more than just talk to fish?

If you’re interested in comic tales starring other characters from the Aquaman franchise, be sure to check out:

Aquaman can also been on HBO Max in the following live-action movies:

The big screen aside, Aquaman is also featured in the following TV shows on HBO Max:

June will also see even more animated adventures of Aquaman, via the June 18th arrival of Super Friends on HBO Max.

Finally, and to circle back to the medium that birthed Aquaman and continues to fuel his adventures, we have the Aquaman 80th Anniversary 100-Page Super Spectacular (whose main cover can be seen at the top of this post), due out later this year from DC. For more on this oversized celebration of the King of the Seven Seas, head over to the main DC site and read all about it.

The above comics, movies and TV shows are just a few options on how to ring in Aquaman’s 80th anniversary in 2021. Will you be reading or watching the above, or will you be checking out other entertainment starring the Aquatic Wonder? Sound off below, and let’s celebrate one of DC’s all-time greats,

Wow, this is really impressive and amazing! I love Aquaman but have not been keeping up with him, this post will definitely help me fix that.

As you’ve the time, be sure to chime in with how you’re keeping up with the adventures of our favorite kingly Atlantean. 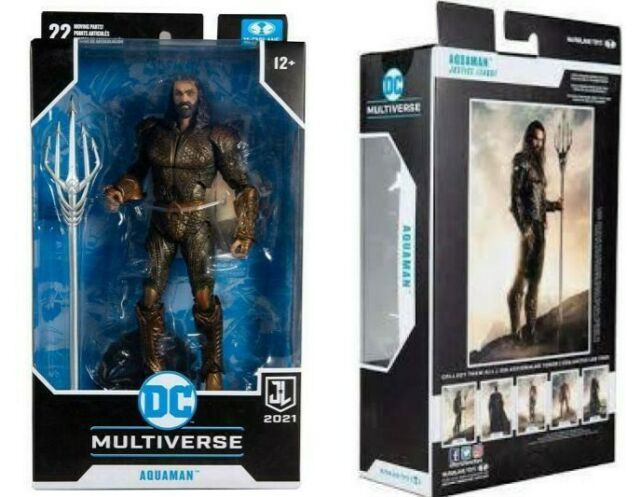 I’ve already watched both versions of the Snyder Cut, so I’ll add those feathers to my anniversary celebration cap as well.

Watching DCEU Aquaman tonight for sure!

If you want to go really deep, how about the Aquaman episodes of Entourage?

Nice! Have you seen the 4K UHD edition? It’s beautiful, especially all of the scenes in Atlantis.

Then follow that up with a James Cameron movie as well.

Maybe…Avatar? Like Aquaman, it starts with “A”, and features bright locales that pop on-screen, along with interesting creatures.

admits he’s only seen a tiny amount of Entourage

Should I check it out on HBO Max?

Well, in true Internet opinion fashion, I’ve never watched it. I just know the reference which is 95% of Internet posting.

Saw the list of writers, lots of great ones, but no Kelly Sue DeConnick which is too bad, I thought she did a fantastic job

Anyone who wasn’t included wasn’t done so because I disliked their work (on the contrary, I liked DeConnick’s Aquaman quite well).

Rather, I wanted to highlight more of the prominent Aquaman writers, past and present, and while DeConnick’s run was good, I do have to admit to favoring Abnett’s more, so he got the OP spotlight as far as more recent writers were concerned.

I’ve seen…maybe a combined 20 minutes of Entourage, so far. Didn’t really float my boat back then, but now that an actual live-action Aquaman movie exists, it could be fun to watch episodes that broach the subject and see how close to reality they may have unintentionally become.

Abnett may be my favorite, but do think DeConnick helped add more humor and some cool new characters

True. If you’d like to highlight her work here, you are absolutely welcome to do so. Just toss in a little write-up and some links. The OP doesn’t have to be the sole place every piece of info has to be in.

Plus, I’m a little rusty on her run, so I’d appreciate a refresher on it.

Yous know what?so many threads, I thought I was responding to the other Aquaman is old thread. Now I think

I sounded like I was complaining about your thread when I was actually commenting on the fact that DeConnick is not in the big Aqua book coming out. Oh, what a wacky comedy of errors. It’s like a really bad Disney Channel sitcom, sorry that’s redundant

Don’t make me bring up that Zack and Cody…thing.

BTW, who had any idea Brenda Song and those Sprouses were actually talented

I like the Sprouse that’s on Riverdale. He made Jughead an interesting character.

I will pull out some Silver Age Adventure and Aquaman comics and enjoy the Sea King as rendered by the talented Ramona Fradon and Nick Cardy. And a rereading of Skeates and Aparo’s “Aquaman:The Serch For Mera” is celebrating in grand style.