I’ll forgive going too far when you’re trying for something and it’s not just shock value or whatever (not that I think that’s what Moore’s trying to do) but that doesn’t shield you from being called on your misses. 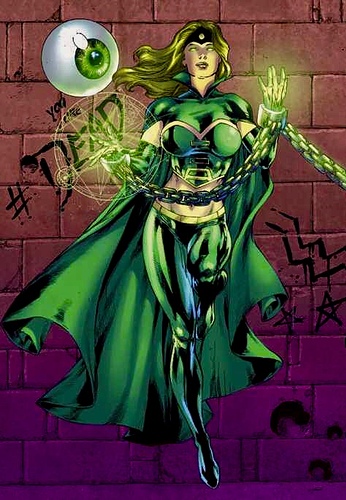 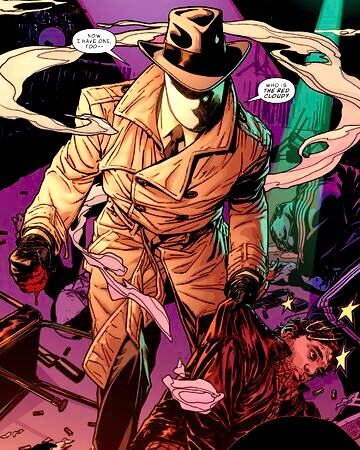 No argument I don’t think he does. I’m bad at weaknesses cuz I love everything DC lol. I was just trying to think like a critic. I didn’t like it…left a bad taste in my mouth

You’re saying it was icky

The idea of uncovering some great cosmic truth by “dropping out and turning on” is just tired.

Not having read a lot of Moore’s stuff, I feel that drug use as a plot point is boring and overplayed. I don’t know how he writes these scenes but in my experience these scenes are incomprehensible.They skip around and, I assume the author expects you to have experienced the same thing. Usually just leaves me bewildered.

I agree that the idea of drugs leading to a great revelation is a tired one. It has been around at least since Coleridge wrote Xanadu.

New Question above, I think the roundtable is now larger than the audience.

Does that mean we can sit under the table to play Stuffed Animal Parade now?

Ralph Wiggum wants to know, so…

Pro: He’s great at creating and fully developing his worlds and characters.

Even when playing with someone else’s toys, he’s always careful to do so in a distinctly Moore-ian way that makes his time with said toys distinctly unique from when others play with them.

Con: That’s a tough one. There are small, random things that will stand out as nits to pick when reading Moore, but rarely is it something that sticks with me to where it fully evolves into a distinct negative to consistently critique him upon.

I’ll think more about Moore’s weaknesses as the day unfolds. It’s 3:25 AM right now, so the fact that I’m this coherent before a shower is a miracle in its own right, man.

SN: The above featured a reference to Miracleman. I hear Moore did a nifty job on that, but I’ve not read it.

I did however used to own the Man of Miracles (name changed for legal purposes) figure in McFarlane’s Spawn line.

I think he did
Some characters
Very well

Con
I think many of his stories have agendas.

Sometimes
These agendas
Wipe out
All his usually
Nuanced storytelling

Similarly
V for Vandetta
Is supposed to be
About Thatcher England
But
The government
Characters
Seem more
Ineffective
Than threatening.

Moore, hmm wonder what he does well, let’s see. ■■■■■ about the use of his characters, interpret others work in a new and fascinating manner, attacks societal norms, and makes his characters emotionally relatable. Now as to what he does bad, his portrayal of women, leaves a lot to be desired, and occasionally spotlights the underlying theme of his stories, to the detriment of the story too much.

It’s weird because sometimes I really like his female characters, Abby, Halo Jones, Tom Strong’s wife and daughter, the cast of Promethea. Then other times they are down right caricatures like every female in V (including Eve who forgives V way way too easily), and Mina from League who hops into bed with a very old and decrepit Quaterman.
Then, there’s Babs in Killing Joke. I just don’t know what I think of that story anymore, I loved it when it came out but it doesn’t sit right with me anymore. Despite the fact that it gave Babs her best final version as Oracle.

@TurokSonOfStone1950 the werewolf story is about as subtle as a hammer to the head, but I still kinda liked it.

I think this is the reaction the writer is wanting. It is overused and can be effective if used properly but it shouldn’t be a crutch. However, with Moore, I think he is into the mystical side of things which might be why he uses that plot point repeatedly.

In Promethea there’s a long journey through the afterlife filled with mystical/religious narration/dialogue. When it works, it’s incredible. I think it’s issue #18 that had a discussion and imagery that hit me hard. Then the next issue, it’s good but not so effective.

I think when Moore does a thing he typically does a thing well, and it’s what keeps up coming back to his work. He is a master of his craft and has shown he can work in a variety of genres.

I read his book Voice of the Fire and did not much care for it. I feel that he goes too much towards the experimental in his writing and without art to back it up it was not the same for me. Then again, Lost Girls had art and prose but was interesting as an experiment only.

I agree with the sex/drugs overuse. It sometimes feels like he is very stuck in the 60’s. I also feel like he victimizes his female characters too easily and too often. With these kind of themes there can be very powerful storytelling, and often the best writing can and should make us feel very uncomfortable about the way the world can be at its worst. That being said, when it continually happens in all his works it says more about the author than the stories he is creating.

Remembering to always sandwich negative statements with positive ones, I will say that I am glad he experimented so much because if he did not the world would be very much the poorer for it.

Bravo answer. I criticize Moore’s mistakes, but not his attempts (if that makes sense).

BTW @msgtv, you’ve inspired me to re-read Promethea. For this, I thank you.

I’m on #20, it’s looks beautiful and at times is written beautifully.

If memory serves, most of the art in Promethea was by J.H. Williams III, yeah?

Did the threads get crossed again?

You know what Egon says about crossing the streams, afterall…

The Ghostbusters are proud.

For the sake of the Roundtable I’m going to shift dimensional frequencies on that and move it.