The Bisexual Awareness Week, also known as #BiWeek, is an annual celebration week held in September, from September 16th through the 23rd. It is an extension of Celebrate Bisexuality Day, held annually on September 23. The celebration promotes cultural acceptance of the bisexual community as well as attempts to create a platform for advocating bisexual rights.

To celebrate Bisexual Awareness Week, World of Wonder and DC Pride Book Club will be teaming up to delve into New Talent Showcase #1. The issue not only features stories with Wonder Woman, but also a story with Wonder Girl, Cassie Sandsmark. We also get stories led by Constantine, Catwoman, and Harley Quinn! Come see what the graduate writers from the inaugural DC Talent Development workshop learned from masters of the craft Scott Snyder, Jim Lee and Klaus Janson.

to get a cool flair and join the club

It starts off pretty good with the Constantine story

this is awesome, thanks for putting it together!

No problem! It’s my pleasure

Working on Showcase (these short story anthology books are weird in a way) but had to drop in and say “look at the Wonder that dropped on DCU this week?” Getting some backfill on classic Wonder Woman books. 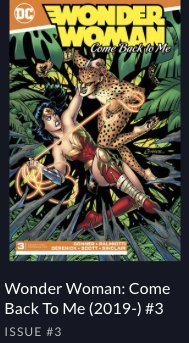 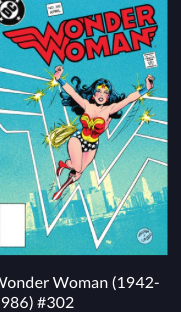 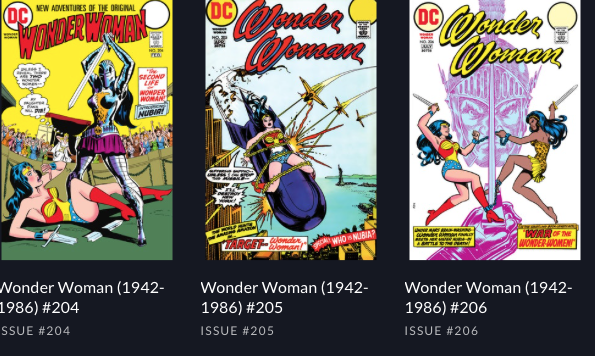 Definitely curious to read more of her, since it seems like DC is trying to push her a little more, even if the 5G plans have been truncated if not entirely squashed.

Bet you’re right to tie this drop to that effort. I assume decisions on digitizing happen well in advance

Stories wise, I thought the Hellblazer story was really good. It was one of the few stories in this issue that felt complete, which was a tremendous plus.

The Wonder Woman story “Blood & Glory” was cool, between the awesome monologue by Vita Ayala (who has been doing some fairly big work nowadays over at Marvel and I believe a little DC too) and the awesome art by Khary Randolph.

Like I said, the art/writing of that Blood and Glory story was really cool. Wonder Girl’s story was interesting – I like that it was a story that didn’t try to abandon or ignore the initial origin they gave Cassie in the New 52, but expand on and tried to make it more compelling.

I think most of the writers got the characters right. I think the only one that could be a little off is Vita’s WW being a little more bloodthirsty, but considering this was written around the time that Diana was dealing with being the Goddess of War, I think it works.

John Constantine is a classic – it’s interesting with him, because it was something that for the longest time was very vague and easy to miss, something only mentioned once or twice in the early 00s during his Vertigo Hellblazer run; but in recent years it’s been more embraced and allowed.

Harley Quinn is the Patron Saint of Disaster Bisexuals and I love her for it.

Of course, there’s Wonder Woman – it’s cool that it’s finally more acknowledged, and it’s cool that a character like her is now out as bisexual. When you think about it, while the bi characters in DC are great, they all tend to be the more chaotic, the characters that are more toeing the line of good and evil, which could unconsciously say something about bisexual representation/stereotyping.

So having a character like Diana, who is so open, and moral, and honest and strong, also being bi is a great step in representation. I just wish that it was expressed with Diana more often (give her a girlfriend, DC!) and that there was a similar bisexual male character for DC (Dick Grayson, perhaps?).

I think almost all the stories I’ve mentioned so far have been the ones with bi leads. Not intentional, it’s just how that came in place.

I think of all the stories here, the one I want to read most of is the Catwoman/Wonder Woman story. Those two working together on a heist just sounds so much fun.

I agree that the Constantine and the Wonder Woman/Catwoman stories were the best of the issue. Starting off with Constantine was smart, because it set me thinking that this would be a good comic. Truth is, had I bought this issue in the store I wouldn’t have picked issue two. There just wasn’t enough here to hang my hat on, despite wanting more from the Wonder Woman story. On the Cassie story, it took me a second to realize it was Wonder Girl. I don’t know why it was just a little off for me. The other one that sticks in my mind is the Hawkgirl story. I liked the art, but it was so out of line with the story and the characters it was weirdly distracting.

Which of the stories/writers in this first issue stood out to you?
I liked the following: Wonder Woman, Deadman, Superman. The Constantine one was good, but i liked that it was more about Zatanna. Oh, and Hawkgirl.

What were some of your favorite moments from the Wonder Woman and Wonder Girl stories?
Wonder Woman: Hiring Catwoman has its own moments. Watching Diana being patient with Catwoman was another.
Wonder Girl: There was fighiting and some family drama, very well rounded.

Being new talent at the time, do you feel the writers captured the essence of the characters well? Did some miss the mark?
I agree with @Jay_Kay, Diana isn’t usually so bloodthirsty, otherwise spot on.

Which is your favorite canon bisexual character in DC?
This is something I don’t really think about. A character’s sexuality is more on the back burner for me. I tend to look at their “process”, their mentality, their outlook on life, how cynical they are with respect to “the job”. I get that you want to be able to relate to the character. My method is more about going for the ride.

This issue features many stories which star bisexual characters, which of the stories with a bisexual lead did you most enjoy?
Constantine’s. The Harley story was yet another harley being harley.

Were there any stories that you’d wish could be full runs?
Wonder Woman, Deadman, Superman