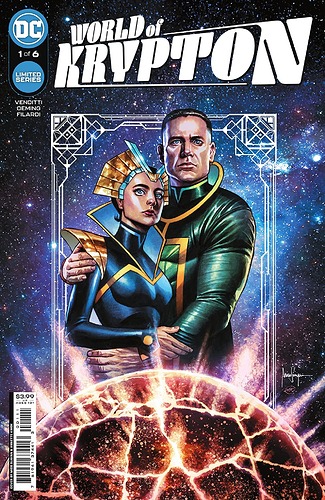 #1 came out today (Tuesday, 12/7), so what do we think about the inaugural issue of the latest telling of Krypton prior to it going up in smoke?

I haven’t read it just yet, but as someone who feels that Robert Venditti does no wrong when it comes to Superman (as well as Hawkman; seriously read his Hawkman, its wonderful), I’m very eager to check out what I hope will be a Kryptonian classic.

If you have read World of Krypton #1 and wish to discuss spoilers from it, please blur them.

I’d like to point out this article by our own @HubCityQuestion on the DC homepage.

Not only does it highlight World of Krypton #1, but it also showcases other instances of Krypton before it became the stuff of memory and what may have led to its demise in said instances.

I was a little disappointed by the issue - didn’t feel that it lived up to Venditti’s other jaunt to Krypton in Hawkman, but it was quite fun, and I liked Oeming’s art a lot! I hope the story heats up, and Catar-Ol shows up in a cameo

I liked Oeming’s art a lot!

Besides Venditti writing it, Oeming on art is what sold me on this book when I first saw the solicit for #1.

His art on the Midnighter back-up in Action was great, and its pretty darn swell in WOK’s debut ish as well.

I hope the story heats up, and Catar-Ol shows up in a cameo

That would be a great way for Venditti to link this series to Hawkman, and allow editorial to toss in a “As seen in Hawkman, which, if you haven’t read it is GOLD.” blurb.

Darn right, Hawkman is truly amazing. Still sad I didn’t jump on till after it was cancelled, though I did buy all the trades plus the last issues that were coming out. Read all that was on DCU, and that got me HOOKED.

Oeming’s art is just so kinetic and appealing - loved his fill in stuff with Bendis on Young Justice, too. I hope that this will be a killer story that showcases his stuff a lot! Baby Kara was adorable!

Still sad I didn’t jump on till after it was cancelled, though I did buy all the trades plus the last issues that were coming out.

I stepped away from Hawkman during Year of the Villain, but that was just to trim down my reading a squidge. It didn’t last though, because two issues later, Hawkman was back on my list.

Oeming’s art is just so kinetic and appealing

It is! Have you read Powers? That’s where I first learned of him.

She was. I’m not a guy that says “Aww.” over babies a lot (with cats OTOH, I say it all the time

), but she really was adorable.

I’ve read a few issues of Powers, but I don’t think I was in the mood at the time. I really love what he did with Bendis on the Takio all-ages series, though!

Ah, I forgot all about Takio. That was good!

SN: Maybe its the Star Trek fan in me, but when I saw Jor-El on the cover of WOK #1, I was reminded of actor Casey Biggs, who played Damar on Star Trek: Deep Space Nine. 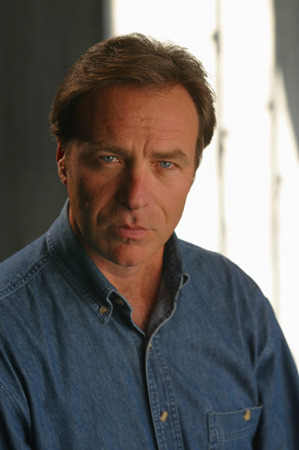 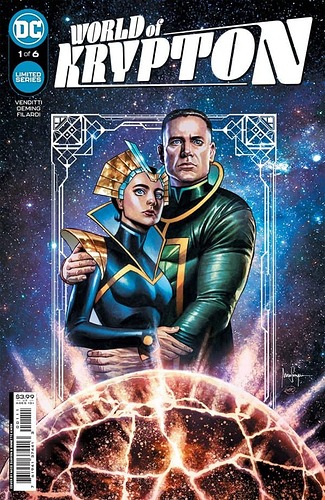 I can easily see how Biggs could have been an inspiration for Jor.

A cover, by Mico Suayan. 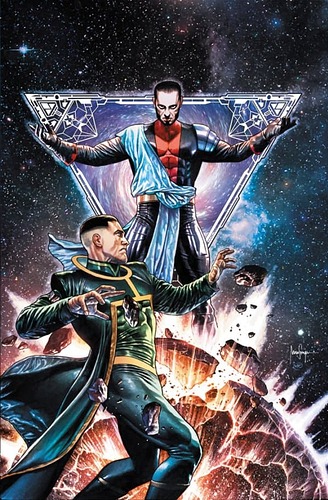 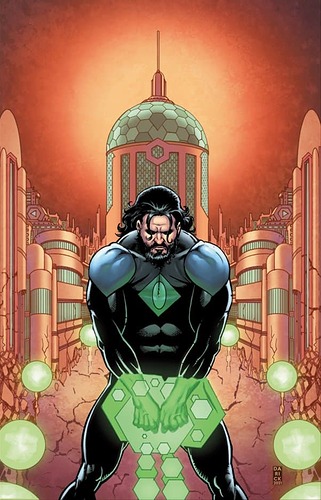 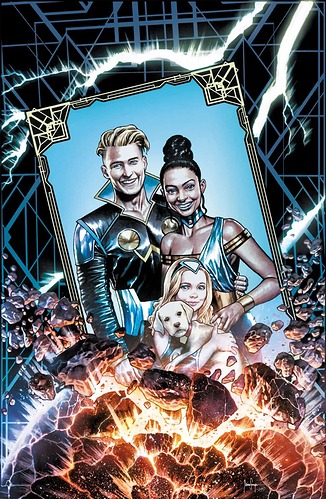 Oh, man, those are all so gorgeous! And thanks for reminding me it’s Mico Suyan. I kept thinking it was Josh Middleton. 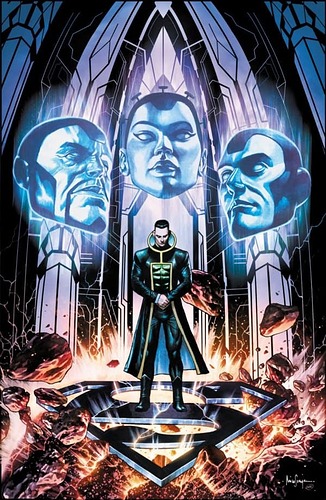 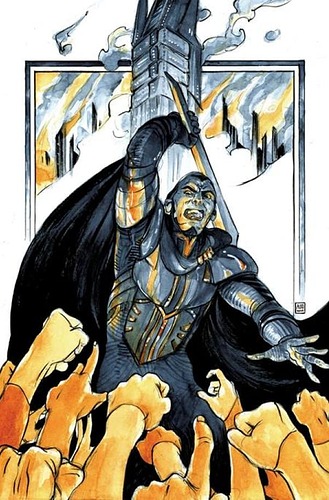 These covers are so pretty!

I really like the shade of blue used on the regular cover of #4, along with how the S-shield looks on it, too.

Just found this thread, thought I’d chime in with a little historical perspective.

Sept, 1941, in darkened movie houses around the country, a new cartoon appears for the first time to American audiences. Produced for Paramount Pictures by the Fleischer Studios, Superman makes his animated debut. " In the endless reaches of the universe, there once existed a giant planet known as Krypton " we are told in off screen narration. " It burned like a green star in the heavens, and civilization was far advanced there. It brought a race of supermen, who’s mental and physical powers were developed to the absolute peak of human perfection" continued the narrator. We are then told how the sole survivor (a baby) is rocketed to Earth, as Krypton exploded into a million fragments.

A necessary narration to an audience for whom Superman was little known, but growing in popularity. And that (for the most part) is all we knew of Krypton, for many years. Writers would, over time, add important meat to the bones that was Superman’s home planet history. With Kryptonite, Kandor, Krypto and Supergirl among them. The Last Son of Krypton was becoming anything but.

Flash forward (pun intended) to 1979, DC issues it’s first mini-series, World of Krypton, by Kupperberg and Chaykin. Almost 10 years later, a new WoK 4 issue mini-series by Byrne and Mignola would be published in '87-88. As Byrne was assigned the task of updating the Superman legend, following the first CRISIS. In 2007, a hc novel by author Kevin Anderson titled The Last Days of Krypton, would take another stab at telling the story of the long dead planet and it’s people.

Now, in 2022 we have what is the latest World of Krypton (vol #3), out now. Preceded as it were, by another fine article from everyone’s favorite HCQ, last Dec. “Great Rao”, I’d forgotten all about that brief, tip-of-the-hat to the Superman mythos, in the Sandman’s Endless Nights storyline from 2003. Nice catch Alex! This new 6 issue mini-series has Venditti and Oeming attempting yet another retelling of that story. This time based on a whole lot more history. It’ll be interesting to see what we get, this time around. And, as this is Black History month, I wonder what more we’ll learn about Vathlo Island? Seems to me, that would make an interesting mini-series, in and of itself.